Just off the edge of the North American continental shelf, only tens of miles away from the hubbub of the Bay Area, it is quiet, cold, and dark. Half a kilometer of seawater presses down at about fifty times atmospheric pressure. This is a remote and inhospitable place, enough so that even with today’s technology, learning about the seafloor is a daunting endeavor. Seafloor measurements are generally done using temporary sensors that are challenging to build and costly to retrieve. However, research published from UC Berkeley last December suggests an easier way to monitor the ocean floor by using existing seafloor fiber optic cables. This technique could reveal marine fault lines and even detect submarine earthquakes before they hit shore.

Sensors used for seafloor monitoring must withstand constant saltwater exposure and intense pressure. Without access to electrical outlets or even sunlight, they must be able to power themselves for an extended period of time. Craig Dawe, technical support manager of the Monterey Bay Aquarium Research Institute, explains that the biggest hurdle to using remote sensors is how to recover them once the battery runs down. “You can just throw stuff over the side,” he sums up, “but to get it back up is a little more of a challenge.” Researchers generally retrieve seafloor sensors using complicated and expensive remotely operated marine vehicles. 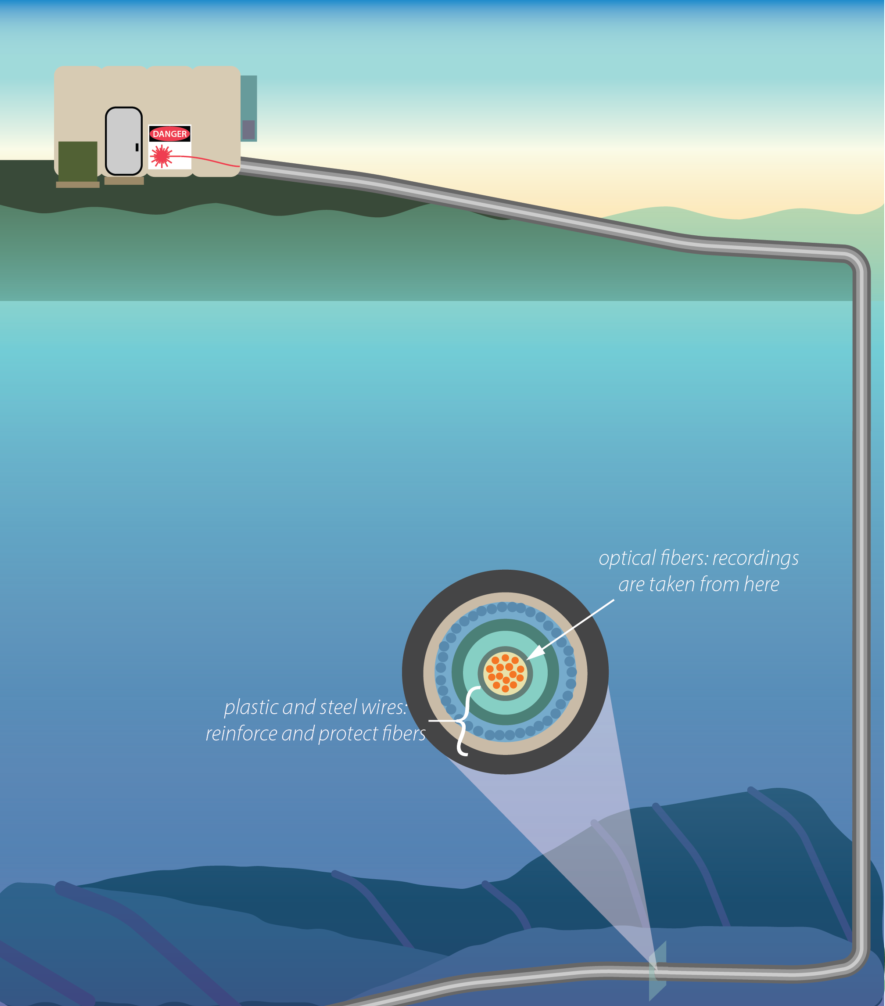 The shoreside end of the cable is connected to a laser, which shines a pulse of light down the cable’s length. At regular intervals, distortions in the fiber reflect light back to a detector on shore. Tiny motions of the seafloor put strain on the cable, which affects the precise timing of the returning reflections. The farther the light travels before it’s reflected, the longer it takes to return, so a single pulse of light causes a “train” of reflections, each of which can be matched back to a particular point. By measuring the timing of the returning light, researchers can figure out how the cable is moving, and thus can measure the motion of the seafloor as if they had thousands of individual motion sensors.

DAS was first used in 2009 to monitor ground movements caused by oil drilling, but until recently, it had only been used on land. Lindsey did the first marine DAS recordings in 2018 in Monterey Bay, after realizing that the technology was ideally suited to measuring earth movements in remote or hostile environments. This is because the most fragile part of the DAS system, the laser itself, could be set up on one end of the sturdy fiber optic cable, kilometers away from the parts of the cable that are collecting data. Lindsey was able to do all the work from shore by connecting the laser to the shoreside end of a seafloor cable.

As Lindsey had hoped for, the DAS system was sensitive enough to detect the tiny earth movements caused by ocean waves. What he wasn’t expecting was a magnitude 3.2 earthquake to hit only 25 kilometers away. “The odds of occurrence during the four-day experiment were really low,” says Lindsey, “but we were fortunate, and observed the earthquake’s waves going through the fault zone as they passed by.” In fact, the patterns of seismic waves radiating from the earthquake allowed him to map several undiscovered fault lines directly under the cable. Such submarine fault lines can be the sources of earthquakes and tsunamis, but their remote location makes them easily overlooked.

DAS can efficiently collect a vast amount of information about seafloor motions, helping researchers map fault lines and potentially providing an early-warning system for marine earthquakes. Over a million kilometers of fiber optic cable line the seafloor. If even a tiny fraction of that could be hooked up to DAS lasers, we could get to the bottom of many unanswered questions about seafloor geology and ocean dynamics—all without getting our feet wet. 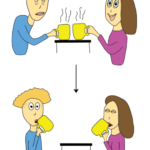 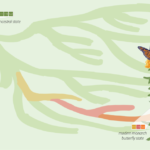 The mystery of deep earthquakes