Tuberculosis (TB) is responsible for over a million deaths in the developing world each year. While most TB infections can be successfully treated if diagnosed correctly, timely and effective TB diagnosis continues to be a major challenge in eradicating the disease. Researchers at UC Berkeley hope to improve this situation by making TB diagnoses faster, cheaper, and more accurate. Using CellScope, a portable fluorescence microscope, UC Berkeley professors Daniel Fletcher and Jitendra Malik, along with collaborators at UCSF and San Francisco General Hospital, have come up with an accurate method of automated TB detection and diagnosis that could save lives in developing countries.

Currently, the most common method of TB diagnosis is sputum smear microscopy, a technique in which trained technicians visually identify TB bacteria in smears prepared from mucus coughed up from patients’ lower airways. By applying modern computer vision techniques, the UC Berkeley researchers designed a robust and open-source TB detection algorithm for the CellScope that can dramatically streamline this technique, eliminating the need for expensive laboratory infrastructure and allowing accurate diagnosis by individuals without advanced training.

TB bacteria have a characteristic appearance, including an oblong, rod-like shape, and are small relative to other bacteria. The detection algorithm was trained to recognize features that looked like TB using thousands of TB-positive and TB-negative images. When looking at a new sample from a patient, the algorithm first rapidly distinguishes bright objects (TB bacteria are stained with Auramine O, a fluorescent stain that binds to the bacterial cell wall) from background noise. It then characterizes each bright object by comparing it to the set of features identified from the positive and negative images to determine a probability that the image is actually TB; samples above a certain threshold are designated positive. The algorithm was evaluated on a large set of CellScope images from sputum smears collected at Mulago Hospital in Kampala, Uganda. “We were excited to discover that the algorithm developed by the Malik group classifies slides as well as trained microscopists,” says Neil Switz, a postdoctoral fellow in the Fletcher group. “It is limited only by the quality of the training data we give it.” 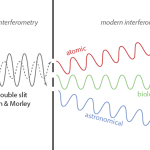 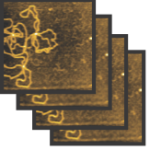