Urine it to win it 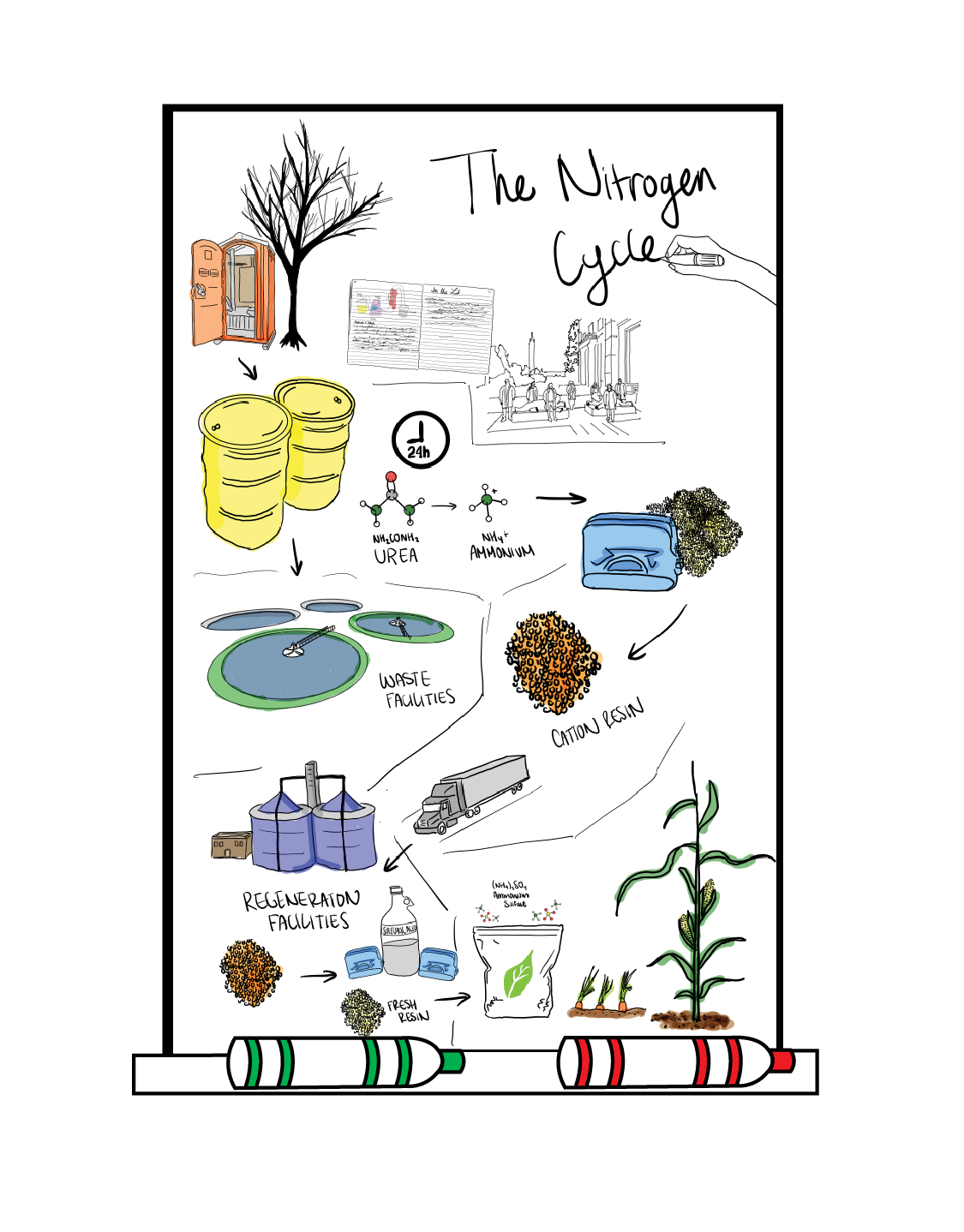 To satisfy growing population hunger needs, humans developed the nitrogen cycle, a process that involves pulling nitrogen out from the atmosphere, using it in fertilizers to grow crops, and then discharging it to the environment. This contributes to at least 2.4% of global greenhouse gas emissions, while contaminating drinking water, causing algal blooms, and wasting valuable nutrient content in the process. The current nitrogen cycle is linear and open, with synthetic nitrogen fertilizers being produced from energy intensive industrial processes and nitrogen in wastewater being inadequately treated.

At UC Berkeley, Professor Kara Nelson’s lab group in the Civil and Environmental Engineering Department is trying to address these problems and aims to close the nitrogen cycle by capturing the nitrogen content in urine and turning it into fertilizers.

In the proposed solution, urine is captured in source-separating toilets and stored on site for at least 24 hours, during which time urea naturally hydrolyzes into ammonium. The ammonium ions, which contain the bulk of the nitrogen content, are then adsorbed by resins in cation exchange cartridges that the lab has developed. The remaining urine, with most of the nitrogen removed, is then discharged either to the sewer or treated locally. The resin cartridges are collected and transported to centralized regeneration facilities. In the facilities, sulfuric acid can be added to the loaded resins to regenerate them and allow them to be reused. This also produces ammonium sulphate, which can be directly used as a fertilizer.

Professor Nelson’s system could mean a huge improvement for nitrogen cycle. An assessment from the group shows that their proposed solution’s carbon intensity—the number of grams of carbon dioxide or equivalent greenhouse gas it takes to make one unit of electricity at one kilowatt per hour—would be 1.6 metric tons lower than that of conventional synthetic nitrogen fertilizer production. Not only does this solution have the potential to significantly reduce global carbon emissions but it could also make a positive impact on public health.

Curtis Wong is part of the BERC