Listening to the land 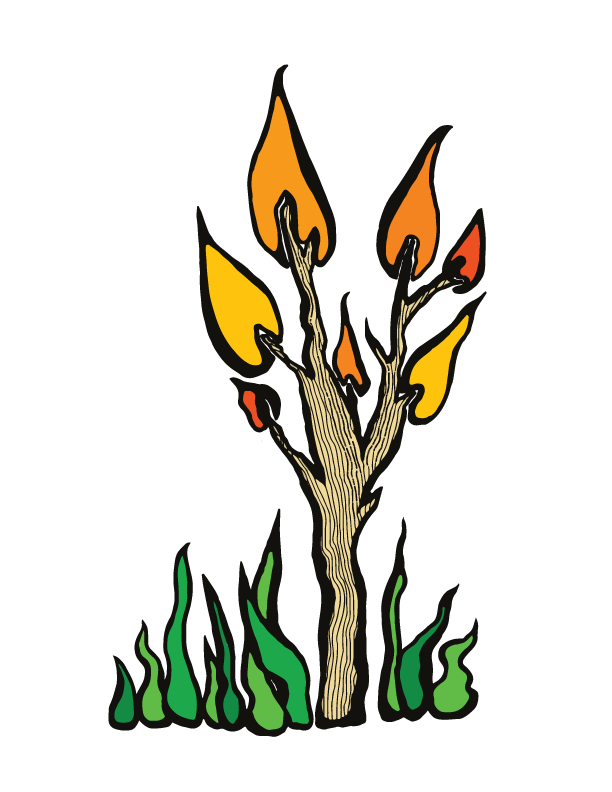 The 2021 California wildfire season burned nearly 2.6 million acres of forest—an area nearly the size of Connecticut. The year before that, 4.4 million acres burned. These fires not only contribute dramatically to air pollution, but also cause irreparable damage to California’s priceless natural scenery and ecological systems. With such an array of undesirable outcomes, many scientists are racing to address this issue, including Dr. Clarke Knight, a paleoecologist and a recent graduate from the Battles lab in UC Berkeley’s Environmental Sciences, Policy, and Management department.

Paleoecology is the study of ecosystems as they have changed and evolved over time. Paleoecologists use various data collected from sediment samples, tree cores, and fossil records to piece together a picture of the ecosystems that existed in past eras. According to Dr. Knight, “paleoecology is useful because you can collect data over thousands of years that you would never be able to collect as a lone scientist”. Dr. Knight’s work examines how forests respond to climate change, both historically and in the present. Most recently, she studied biomass trends in the Klamath Mountains and demonstrated that, contrary to popular belief, climate change is only a secondary cause of our worsening wildfire conditions, at least within the Klamath basin.

The Klamath Mountains, located in Northern California, were chosen in particular because of their high level of plant diversity and the large number of lake sites, which are both critical for collecting sediment samples. Sediment samples can contain varying levels of ash and pollen in their layers, which then tell researchers about the fire history and forest community at certain points in the past. An important component of this research was the involvement of the Karuk and Yurok tribes, whose input provided valuable context for aspects of the sediment data that might have otherwise seemed irregular. For example, some sediment samples with unusually heavy ash content were explained by tribal ceremonial practices in the area. Together with tree ring samples, which also carry information about an area’s history of fire, the data paints a picture of a far less dense and far more resilient forest during pre-colonial times.

This finding may not come as a total surprise to those more familiar with recent discourse around the subject of forest management. We now know that mismanagement and a zero-tolerance attitude towards fires under the present colonial regime have been major culprits in our wildfire problem. We also know that controlled burns are an important tool when it comes to managing the quantity of flammable material in our forests. For much of California’s colonial regime, fires have been treated as an unwanted pestilence; any hint of fire would bring the full force of CAL FIRE down upon it. Pre-colonial California was different, not only because humans weren’t actively suppressing wildfires, but also because humans were setting them. Knight’s work elaborates that most of California’s forests were in fact actively managed by indigenous peoples for at least the past millennium. Fires were purposely lit to cultivate a favorable environment for important food species, to provide construction materials, and to conduct religious ceremonies. The bulk of the evidence ultimately demonstrates that the fire-resilient forests that existed prior to colonization were shaped principally by human interventions in the form of indigenous land management.

The implication is this: colonizers have mismanaged California forests, but perhaps, even in the face of climate change, we can still forge a path towards fire resiliency. In fact, most of the important interventions have been suggested in the literature for some time now. We need to increase the number of prescribed burns, mechanically thin our forests, and otherwise reduce fuel loads if we are to successfully combat wildfires. California’s indigenous community has understood these principles for millennia. Given such a broad and well-established base of knowledge, perhaps the question now is why our government, and by extension, our society, have been so sluggish in enacting appropriate policies. Merely co-opting indigenous practices may not be adequate or appropriate, because wildfires will not be the last problem we have to deal with if underlying attitudes are not changed. But how do we change those attitudes? Perhaps Brazilian environmentalist and union leader Chico Mendes said it best: “environmentalism without class struggle is just gardening.”

Johnathan Lo is a graduate student in computational biology