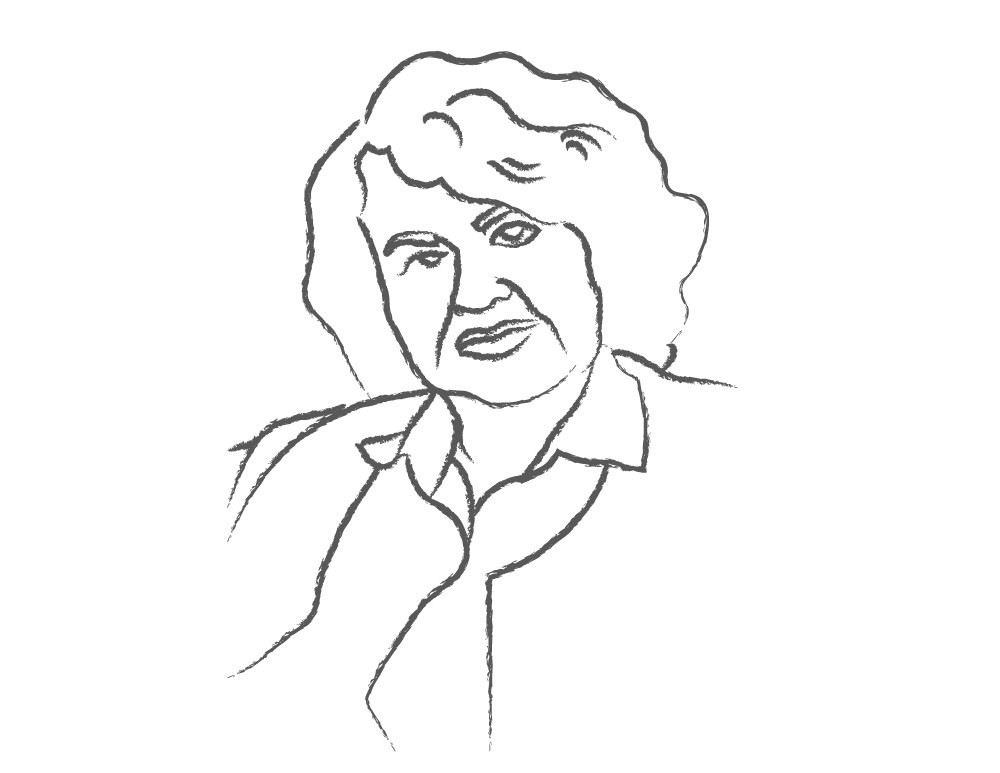 5 a.m. finds me stumbling along a rocky shore. I’m searching for creatures that have recently captured my imagination, creatures I didn’t know existed a month ago. What I’ve been told about them is so ludicrous, I want to ask them some questions.

I kneel next to a dark tidepool and pluck out a slimy rock. In the beam of my flashlight, I recognize that the colorful patches of slime represent many distant branches on the tree of life—some are bacteria, some are algae, and some are the animals I am looking for: bryozoans. Bryozoan is the ancient Greek term for a “moss animal.” Despite how long they have been named by Western science, few would recognize them in a crowd and say hello. This rich phylum has been the source of one cancer medication and many harmful invasive species, but I’m interested in their livelihoods instead of their impacts. I study why certain reproductive strategies evolve under different conditions. From trees to plankton, I’ve researched the life cycles of diverse organisms, but bryozoans are pushing the limits of my disbelief.

Here on this rock, this pink gunk doesn’t look much like an animal. Its fine, lace-like pattern distinguishes it from its neighbors. Each oval in the pattern is a zooid sharing a skeleton with an elaborate colony of other zooid clones. In some bryozoan colonies, each zooid is independent, feeding and reproducing on its own. In others, the zooids specialize in distinct tasks. Some will live life as no more than sexless, mouthless scaffolding for the others. If that wasn’t strange enough, on a summer day like this, there are orange spheres twitching on the surface of the pink colony. These are larvae getting ready to hatch. They will swim to a nearby pool and, like a caterpillar into a butterfly, metamorphose into living rock crust. Although the adult clones are immobile and vulnerable, one colony can produce hundreds of larvae that can swim to a safe habitat. And, if a colony is broken into pieces, all the better, as each of the fragments can live on independently. 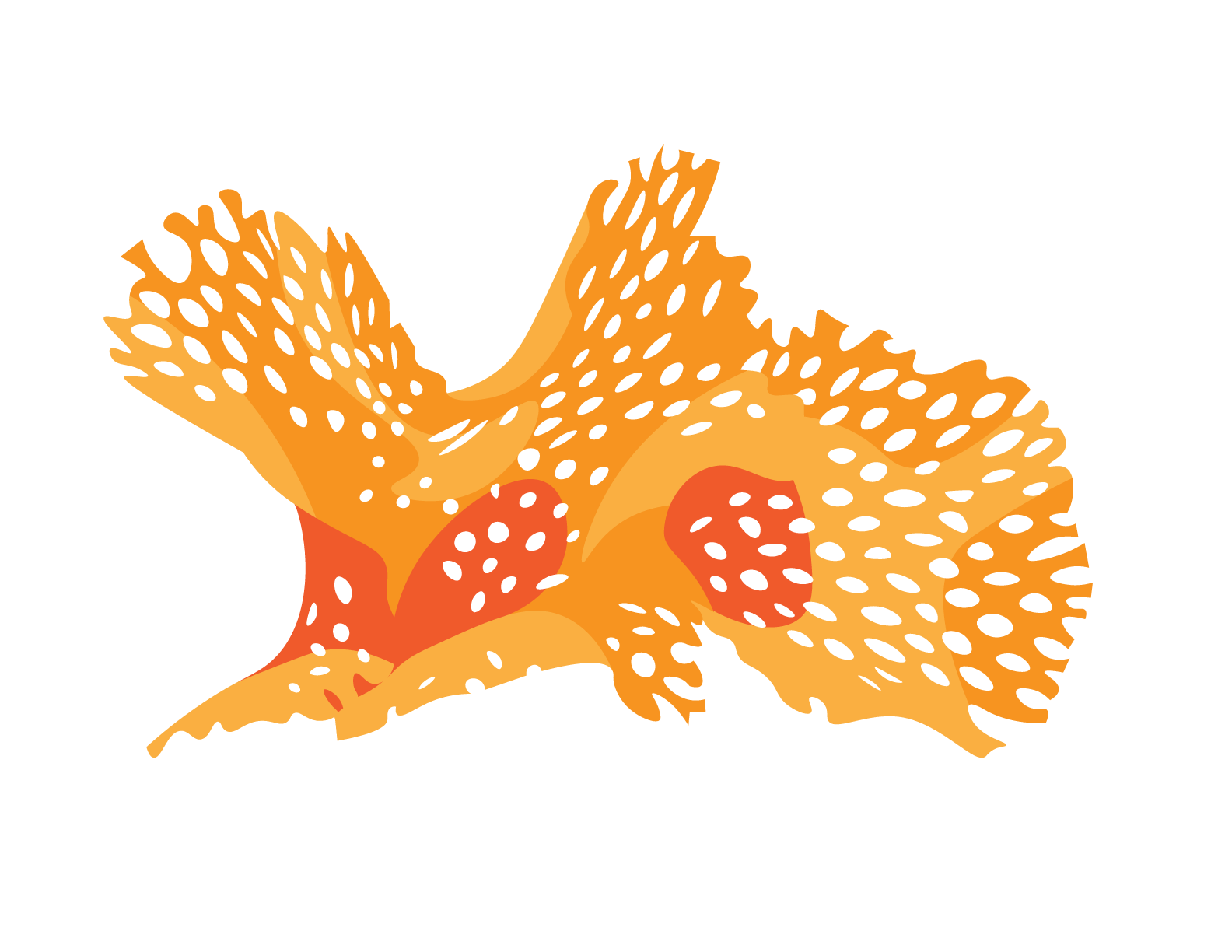 Bryozoans coat the ocean floor from the shallows to the depths, from the equator to the poles. They have survived this way for over 500 million years. I return the rock to the pool, and the bryozoan’s hundreds of feeding tentacles extend to snap at plankton in the water. Between colony, zooid, and larvae, the demarcations of an individual life lose their meaning. How can I, in my human terms, possibly understand their evolution?

Interrogating my own perspective is what I love about science. At present, my mind is in the undertow of Sylvia Wynter: On Being Human as Praxis, edited by Katherine McKittrick. Sylvia Wynter is a Jamaican social theorist, and her critiques of Western science follow me into the field. Wynter argues that when Copernicus identified the Sun as the center of our solar system in 1543, he made the most consequential scientific discovery in Western history. Not because he immediately impacted human health, but because he fundamentally changed how humans saw themselves in relation to the universe.

Unfortunately, the Scientific Revolution also fueled intensifying colonialism and trans-Atlantic slavery. Western biologists touted scientific racism and eugenics as fact, while Western geologists developed fossil fuel extraction. Now, global health and climate change are perhaps the two biggest issues scientists are funded to address. Wynter, however, is skeptical that the same academy that created these problems can fix them unless the institution shifts, this time to a radically inclusive scientific practice.

I want to join the exciting breadth of work happening today towards Wynter’s goal: relinquish my claim to objectivity, make space for other ways of knowing, and embrace plural truths. If outer space grounded Copernicus’ ideas, I had hoped the ocean might be where I could implement Wynter’s vision. Maybe the most powerful insights await discovery in the bodies least valuable to us. But, as I sit there in the freezing mist, I’m not sure how to understand Wynter and the bryozoans together.

As I nevertheless forge ahead with bryozoan research, I find our current scientific practice creates obstacles for me identifying an open question. Over time, papers and the folks who wrote them meld into an accepted narrative that obscures what’s supported by evidence and what’s interpretation. Then, the more surprising or consequential a discovery is, the more evidence people want to see, so reinforcing an assumption is much easier than challenging it. Finally, the scientist imposing the broadest claim tends to get the most attention, tempting us to harmfully universalize our context-specific findings. There is an accepted narrative that bryozoans which specialize, grow fast, and invest more in their offspring have dominated their primitive relatives. That tale appealed to my common sense that social cooperation and parental care equal progress, so I gave it no scrutiny.

But Wynter reminds me to challenge the notion of linear progress. Bryozoans vary across the gambit of ocean habitats, growing fast and flexible in the wave-beaten intertidal, yet tall and dainty in the still, deep abyss. They have evolved many different levels and styles of cooperation and parental care that continue to work for them in different local contexts. Which bryozoans are abundant may depend on what ocean conditions are most common on the planet at a given time; there is no single, best strategy in an ever-changing world.

I gather samples from many different countries, from over many millions of years. As I peer into the murky past, I need multiple vantage points. I look at how phylogenetic clades—groups of lineages all descended from a common ancestor—vary across habitats. I also look for functional groups: unrelated lineages that have converged on the same strategy for surviving in the same habitat. Phylogenetic clades and functional groups are two different ways of explaining biological variation, each equally valid.

Plurality is fundamental—remember how electrons are both a wave and a particle, depending on how they are observed? Once scientists accept that plurality is the rule rather than the exception, Wynter has hope for meaningful change if we then center ways of knowing that come from the experiences of the oppressed. This requires diversifying our profession and then formally, explicitly bringing our whole selves to our research. Plurality creates identity-based genres of science, akin to genres of music—Wynter broadly calls these genres of the human. I belong to Western science, Black science, and queer science, which is why the words of an anti/post-colonial scholar like Wynter orient my relationship to my research. There are many more genres for which I can’t speak. Wynter’s vision for the next scientific revolution is intentionally vague and multipotent because she is inviting incommensurable genres to each imagine their own alternative future academies and to work towards them in limitless ways.

I like to be out in the field as much as possible, where complexity is infinite and nothing is entirely knowable. My thoughts, like this research, are perpetually in progress. Now, while I’m a student being taught not only what is known, but also a way of knowing, it feels essential to trip over reality and imagine a different scientific institution, because as Wynter tells us, “Yours is the intellectual struggle.”

Maya Samuels-Fair is a graduate student in integrative biology