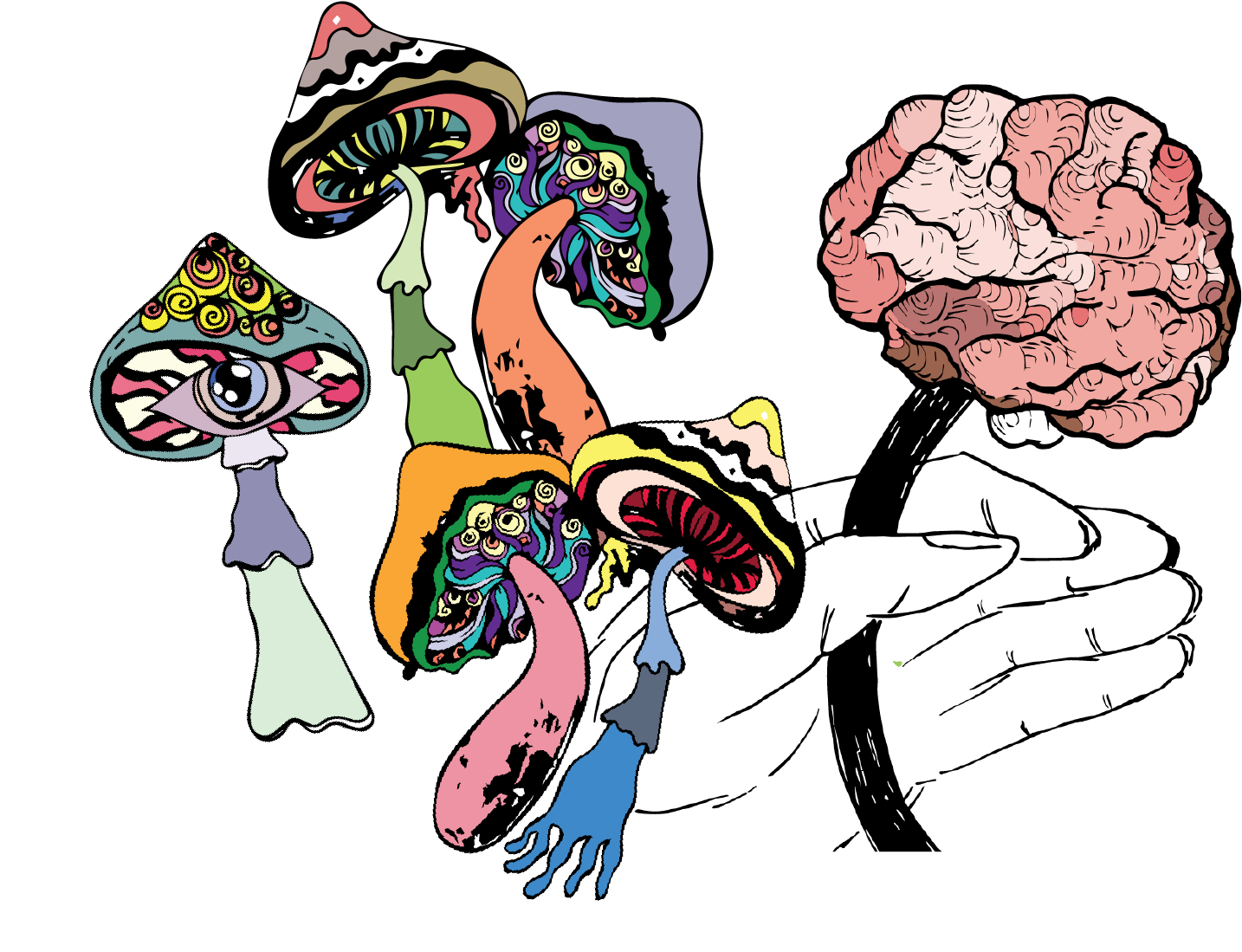 In the late 1950s, Western scientists became aware of a class of compounds that produced psychoactive effects unlike anything that had been described in the scientific literature. These molecules, which elicited changes in consciousness ranging from visual hallucinations to mystical experiences in those who ingested them, were termed psychedelics, grouped together by a shared affinity for the serotonin receptor 5-HT2A. Though they showed great therapeutic potential in the treatment of a host of psychiatric disorders, research on psychedelics was soon stifled by drug criminalization. Recently, however, promising results from clinical trials have rejuvenated the field, and a new generation of psychedelic research centers began popping up like mushrooms after a long period of rain. Among them is UC Berkeley’s Center for the Science of Psychedelics (BCSP), launched in late 2019 and now poised to become a leader in the growing movement. The BCSP’s three mutually supportive programs—research, training, and public education—have been thoughtfully designed by an interdisciplinary team of scholars to advance our understanding of psychedelic compounds and the many different ways humans interact with them.

While clinical trials of psychedelic-assisted therapies are underway at other psychedelic research centers, the field is still developing a unified framework describing how these molecules reshape thought patterns. The BCSP’s research arm is filling this gap by supporting projects focused on unraveling the cognitive and biochemical mechanisms underlying psychedelic experiences. Researchers like Optometry Professor and inaugural BCSP Director Michael Silver are leveraging the profound sensory effects of psychedelics to investigate how sensory perception creates conscious experience.

Silver explains that light entering the retina is just one step in a processing cascade that allows the brain to perceive and interpret visual stimuli. “It feels like we’re all just pointing our eye-cameras at locations in the visual environment and simply recording whatever’s out there, but perception is actually a very active process.” To translate sensory input into perception—for you to see the image on this page and interpret it as a mushroom, for example—the brain relies on predictions based on its previous experience called “priors.” In many cases, priors are very stringent, informed by a lifetime of making reasonably correct inferences about the identities of objects in our visual field.

Overstimulating the brain’s 5-HT2A receptors with psychedelic compounds, however, appears to upend this perceptual hierarchy. This shift underlies the leading framework used to describe the compounds’ therapeutic effects, called relaxed beliefs under psychedelics (REBUS). Proposed by BCSP team member Robin Carhartt-Harris, REBUS purports that psychedelics allow the brain to reroute the perceptual flow of information, bypassing the prior-informed filter and instead permitting a bottom-up integration of immediate sensory experiences. For individuals suffering from mental illnesses that involve harmful repetitive thought patterns, psychedelics could provide a temporary reprieve from prior-driven thinking, and a window of opportunity for the patient to re-write the negative mental models coloring their experience.

Directly testing the REBUS theory will be challenging, but Silver’s lab will use the visual system—the neural basis of which, he says, is much better understood than a higher-order cognitive process like generating a sense of self—to test how psychedelics alter the relative contributions of prediction and sensory information to perception. The lab uses a set of optical illusions that can be interpreted multiple ways, depending on the extent to which a person is relying on prior assumptions or bottom-up integration.

Though the therapeutic potential of psychedelics is driving increased interest from the public and funding agencies, the legacy of backlash against the first wave of psychedelic research continues to cast a shadow around which researchers must tread cautiously. “Until recently,” explains Silver, “psychedelics weren’t widely seen as a possible revolution in mental health. Instead, they were portrayed primarily as drugs of abuse.” The center’s public education program, directed by author and UC Berkeley professor Michael Pollan, represents a concerted effort to create reliable sources of information about psychedelics that will be freely accessible to the public. “There’s a lot of misinformation and disinformation about psychedelics out there,” says Silver, “but the fact that our public education group is working with scientists who are actually conducting the research makes their message more powerful. They’re actually at the front line of science together with the researchers.”

The conspicuous niche that psychedelics occupy in the American zeitgeist makes the BCSP’s work both challenging and vital. Through interdisciplinary collaborations, a commitment to open science principles, and continued involvement with the public and other stakeholders, the center is carving out a careful path to develop a robust research program that can withstand the pressures of ever-shifting political, cultural, and commercial interests. According to Silver, “There’s really nothing like it in the history of US science.”

Rachel Weinberg is a graduate student in ESPM