It's not just a phase! 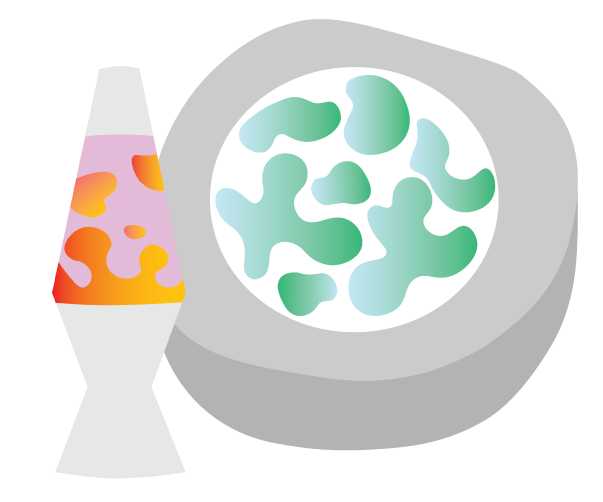 The interior of a cell’s nucleus is a chaotic environment. But somehow, healthy cells know how to make order out of chaos by turning on the correct genes and translating them into proteins, which avoids problems like uncontrolled cell division associated with cancer. If all these genes are jam-packed into the nucleus, how is a cell able to determine which ones to express and when? The answer partially lies in a relatively new research area called liquid-liquid phase separation (LLPS).

LLPS refers to the formation of membrane-less compartments within cells. Like the separation of colored liquids in a lava lamp,tiny bubbles of proteins and DNA can form when certain molecules are excluded based on properties like charge, concentration, and size. Last year, Professor Kunxin Luo and postdoc Yi Lu in the Department of Molecular and Cell Biology at UC Berkeley found that TAZ, a protein that regulates gene expression, relies on LLPS to keep the DNA-reading machinery near one gene and away from the rest of the genome. According to Lu, genetic mutations that alter TAZ’s LLPS compartment can lead to “uncontrolled cell division or activation of certain genes that lead to the development of cancer.”

Studying cellular processes through the lens of LLPS offers insight into how the complex task of gene expression can be accomplished by following the same rules of physics that govern lava lamps. As researchers learn more about how LLPS regulates gene expression, doctors may be able to include LLPS modification in their cancer fighting toolbox.

Niroshan Anandasivam is a graduate student in bioengineering.