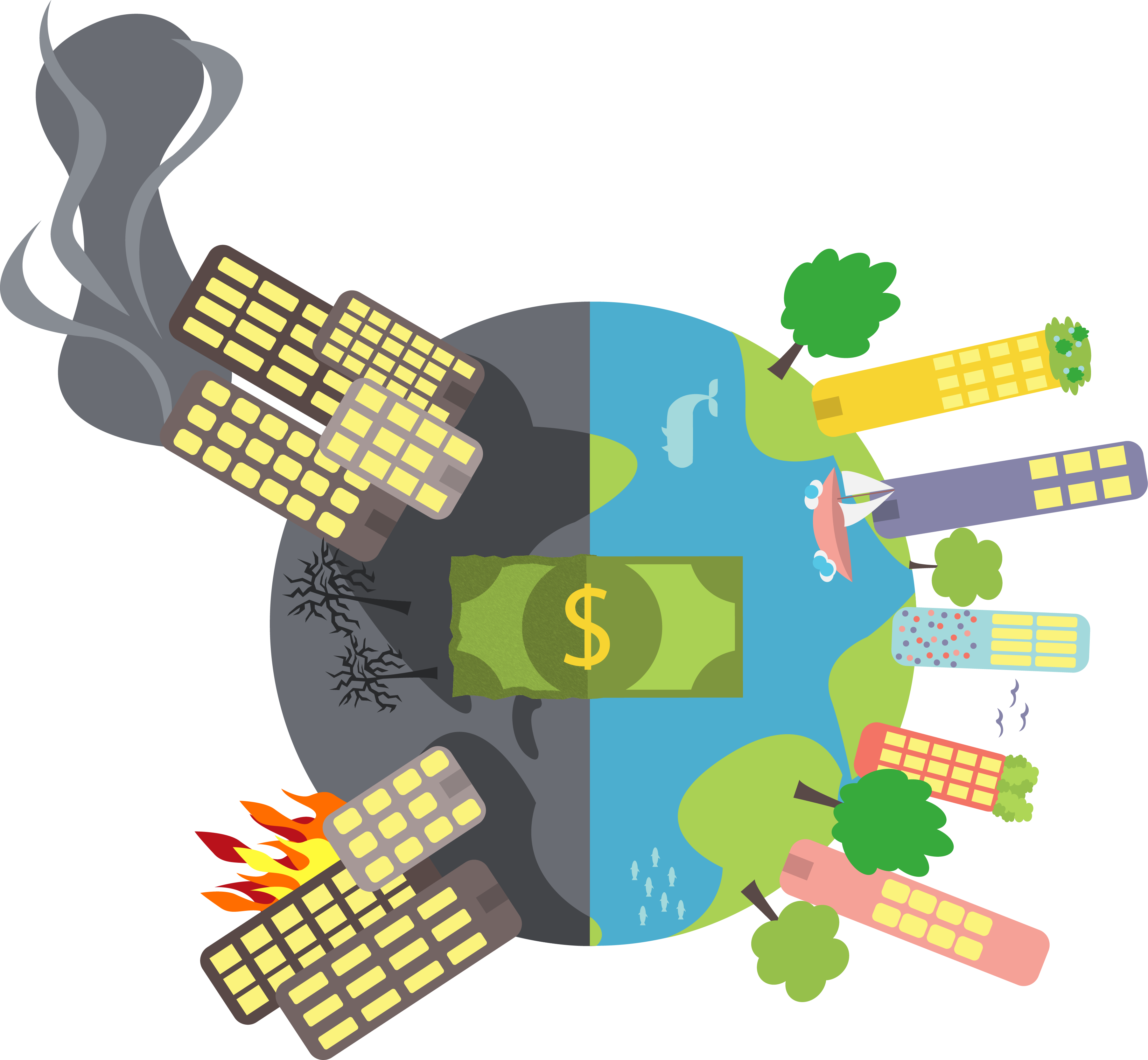 “Easier to imagine the end of the world than the end of capitalism” Robinson, Kim Stanley. The Ministry for the Future

Kim Stanely Robinson’s new science fiction novel, The Ministry for the Future, takes on the all too imminent question: how will humanity respond to the next 30 years of a collapsing global climate?

I picked up the book after completing my annual California forest-fire season ‘quarantine’. For those outside the state, Californians seal themselves indoors for about two months of every year, monitoring air quality, worrying about approaching fire tornados and sunless days that could be mistaken for a scene from Blade Runner. If that doesn’t concern you immediately, perhaps think it over a second; that’s sunny California, the fifth largest economy in the world, the womb of the tech gods, the land of perfect weather, suffocating its 40 million residents in 4.2 million acres worth of wildfire ash. If a 1°C (1.8°F) rise in average global temperature means Californians don’t have breathable air for multiple months every year, what on earth will a 2°C (3.6°F) rise look like? More specifically, is our current neoliberal system really capable of handling a global problem that was created by the nature of capitalism itself? As Robinson quotes repeatedly in his book, it is much “easier to imagine the end of the world than it is to imagine the end of capitalism.” Imagining the collapse of the “global climate web”, stabilized over millions of years of evolutionary time, is no easy feat. There is where Robinson picks up the torch, and maps a bold future for us with The Ministry for the Future.

The book starts off in the year 2024 with a scary but completely plausible outcome. India is hit with a heatwave that reached 42°C (~108°F) and 60 percent humidity, resulting in the loss of 20 million lives from hyperthermia in a single week. More deaths than the entire First World War. Earlier that year, countries gathered for the second Paris Climate Accords, with a full global climate exposition, reminding each country of their 2016 promises. Not a single major nation came close to meeting their emission targets. With so many dead and no clear bad actor to blame, the committee scrambles. After all the cards fall, the committee agrees to the formation of a new agency within the United Nation, whose task will be “to advocate for the world’s future generations of citizens,” and the Ministry for the Future is born.

Centering around the director of the ministry, Mary, the book takes us through the next 30 years of our climate future. Although a fictional tale, Robinson intersperses intricate knowledge of geoengineering, economic policy, and the larger ‘global climate web’. The book continually cycles through a variety of voices and perspectives to translate the global nature of the crisis. The narrators include a climate refugee with intractable PTSD, an unnamed shorthand notetaker at the ministry’s emergency response meetings, a geologist in love with the cold solitude of Antarctica, and even a poetic anthropomorphization of various physical forces behind the climate meltdown. Throughout all of this complicated story weaving, Robinson regularly breaks the fourth wall, simply stating cold facts about the current 2020 state of affairs with loads of well-researched environmental statistics. Collectively, these varied voices make the book feel more like a historical testimonial than a science fiction novel.

Robinson describes how traumatized climate-stricken countries, mostly East Asian developing nations, become the first to make legitimate changes to battle the climate war and put a Band-Aid on the freefalling ecosystem. These strategies include banning all carbon-burning appliances and machinery, retraining their workforce for green-energy industries, converting to agriculture capable of handling hotter and drier crops, and, most strikingly, outlawing the high-waste, cheap-labor manufacturing that rich Western countries greedily feed off today. With these changes, all the short life cycle amenities that have been the lifeblood of globalized industries such as textiles, plastics, and electronics are no longer available for mass consumption in western countries. Locally, these developing nations are able to begin cleaning up their overmined and neglected ecosystems and convert their economies to local green industries, which greatly improves quality of life and pay for working class laborers. While all this is happening, rich western countries, hopelessly self-absorbed and stubborn, continue to burn through the 2,500 gigatons of carbon stored in the ground (1,500 trillion dollars in today’s oil prices), further adding fuel to the climate fire.

On the ground, climate activism becomes a lot more extreme, with “ecoterrorists” from climate-stricken countries all over the world banding together. These fearless and traumatized climate victims seek revenge and have no tolerance or compassion for the passive compliance of the masses in fossil-burning countries. Their tactics include using flocks of drones to take down passing airliners and cargo ships, assassinating oil-executives, hacking into industrial systems to sabotage coal plants, intentionally spreading mad cow disease in livestock, and even managing a bizarre kidnapping of the rich at the infamous Davos World Economic Forum. Targeting the carbon-burning industries quickly changes the business as usual mentality of past decades. Cows go uneaten. People stop flying. Oil prices drop. Coal plants shutdown. The energy, agriculture, and transportation industries’ revenue dries up and they are forced to turn to renewable alternatives.

Ultimately, these activists’ actions support a larger collective awakening to the moral impact and cruelty of living in a carbon-burning economy. In later years, more peaceful movements rise to speak for this new ethical code, such as the Half-Earth movement dedicated to reinstating half of all land mass to wildlife (based on E.O. Wilson’s Half-Earth Project), and the 2,000 Watt Society (started in 1998) folks who meticulously keep track of the exact amount of energy they use on a daily basis (i.e., step counting for carbon footprints).

Eventually, the catastrophic fallout of rising temperatures reaches the United States. Arizona, New Mexico, Texas, Mississippi, Alabama, Georgia, and Florida are all hit with a heat wave of temperatures around 43oC (~110oF) and humidity 60 percent (i.e., a “wet bulb” with an index of 35). The power grid holds steady for the beginning, keeping the nation properly air-conditioned. However, in a tragic turn of events, reminiscent of the winter outages seen in Texas this year, a high-pressure cell sweeps in from the Caribbean, briefly overwhelming the power grid. This exposes the South to the full wrath of an overheated planet, resulting in 300,000 people dying of hyperthermia in a single day. Not the same body-count as India a few years earlier, but now on American soil, right in our home.

Soon, large-scale internationally backed geoengineering efforts are organized. Instead of some silver-bullet giant vacuum cleaner sucking all the excess carbon out of the air, the book has many simultaneous actors operating at different scales and varying levels of international backing. Each attempt involves its own geoengineered “hack”, and comes along with its own unexpected side-effects. These strategies include a variety of enticing technological solutions including atmospheric sulfur dioxide dispersal along with reflective ocean surface algae to block sun light, and subglacial river pumps to slow down the melting of glaciers.

While all these massive changes to society are happening, glaciers are on the brink of putting a dizzying list of metropolis cities underwater and the temperature rise has already generated hundreds of millions of migrants attempting to move to more tolerable climates. These massive shifts cause record-breaking market volatility, leaving the world in a deep economic depression. Using a fairly optimistic expectation of international relations, Robinson takes us directly into the meetings of the world’s big banks, who slowly come around to the idea that they will need to push the wheels of capitalism towards the climate problem if they want to keep their precious economy intact. Using a new de facto currency, the carbon coin, along with a decentralized global blockchain banking system and carbon tax, the world manages to compensate workers for the removal and sequestration of carbon out of the atmosphere. This single move motivates the entire global economy to shift gears and actually begin cleaning up the mess it made.

What stood out to me as a reader who is both deeply worried about the coming climate meltdown but also not too well informed with details, was the realistic optimism of The Ministry for the Future. The book isn’t simply another dystopian novel, but instead attempts a grounded projection based on some of the more virtuous aspects of humanity. Robinson periodically points out how progressive policies such as universal basic income, land tax, and socialized healthcare will be paramount to help secure a better environmental future for all of humanity. At points, Robinson’s political optimism felt a bit naive given the abysmal level of international cooperation in our response to the ongoing pandemic this past year. Even if we manage to reverse our nationalizing trends and work together, there will still likely be many bad actors with lots of money and power to lose if we push for the drastic global restructuring Robinson calls for. That being said, I place some hope in the selfishness of individuals as they realize that their money and power will be of little value on a unliveable planet.

What is most obvious while reading The Ministry for the Future is how our awareness of the fragility of the climate, which has come in and out of the public’s eye for the past several decades, will only rise in its immediacy and intensity. No longer will these issues be news headlines of sub-Saharan desertification, Bangladeshi floods, or Australian wildfires. Rather, they’ll be in our own backyards. Rich or poor, countries all over the world will be battered with problems in every aspect of daily life. The air we breathe, the water we drink, the food we eat—all these basic necessities will not easily withstand our global ecosystem spiraling out of control. With all the worry that these facts may provoke, Robinson’s fictional world convincingly charts a path out of our current dark climate tunnel.

Gabriel (Gav) Sturm is a graduate student in bioengineering