Professor Holger Müller’s research group in UC Berkeley’s Department of Physics uses atom interferometry to precisely measure the Earth's gravitational pull, quantified by the acceleration of objects falling to the ground. For rocket scientists, using 9.8 meters per second squared as the value of gravity might be good enough, but the exact value depends on the earth beneath you. For example, a feather drops minutely slower on a mountain than at sea level. The Müller group detects these tiny deviations in gravity by studying the interference pattern of carefully dropped atoms.

To visualize interference, consider two rocks dropped in a pond forming ripples. The ripples spread and eventually cross paths. After they meet, a snapshot reveals just a single pattern across the pond, blending the previously separate waves. By carefully studying the interference pattern, one can infer where the rocks splashed. Atom interferometry exploits the wave nature of atoms to precisely infer the strength of gravity’s pull on them.

The Müller lab’s latest breakthrough is their portable gravimeter, an interferometer that measures gravity on the go. They measured gravity in a U-Haul truck driven around the Berkeley hills, and used the measurements to probe the density of rocks below the ground. By freeing the gravimeter from the fragile, expensive environment of traditional laboratories, the Müller lab has enabled a new generation of scientific applications. There are already proposals to leverage the technology, including monitoring one of the most precious natural resources—ground water. 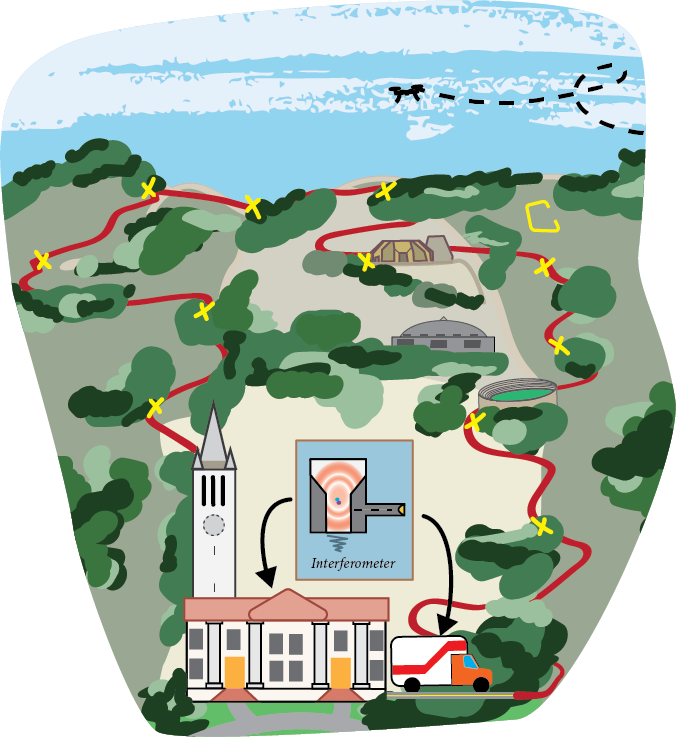 It’s not often that atom-sized experiments are translated to real-world problems. "There are only a few examples of quantum technology leaving the lab," says graduate student Zack Pagel. The group strives to further simplify the setup and run the next measurement on a drone.