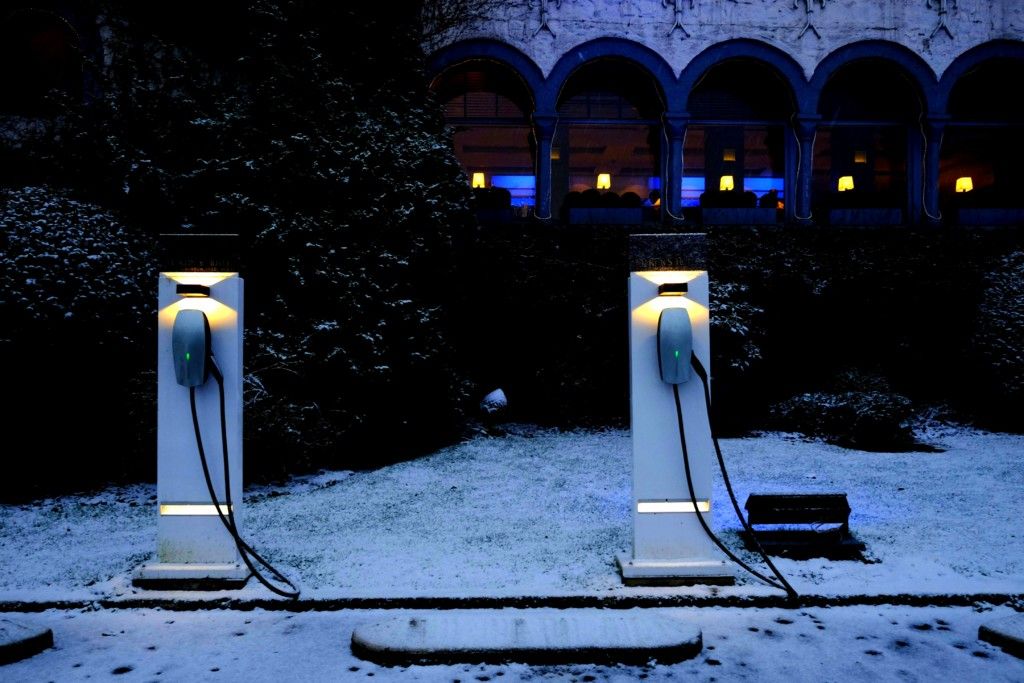 Carbon dioxide (CO2) is the primary

greenhouse gas emitted through human activities, and the electric power and

United States. Unsurprisingly, these two sectors are the main targets of climate

policies. While in recent years the electric power sector has been moving fast towards

decarbonization, the transportation sector has not. According to [the U.S.

emissions from the electric power sector dropped 27 percent, whereas transportation

emissions were reduced 6.4 percent. In fact, the downward trend in 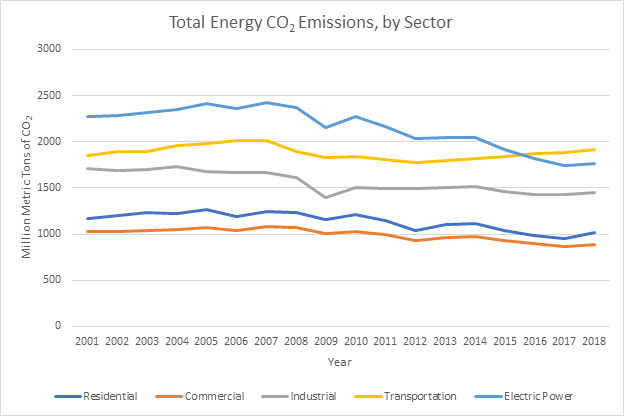 This is puzzling. Both sectors have viable technologies and substantial

policy support. Aggregate emission patterns should be similar for the two

sectors, so what drives the difference? My observations, based on knowledge

regulation in these sectors, as well as continuous attention to conversations in

the media, academic outlets, and daily life, tell me that human factors are a

large part of the differing emission trends between the transportation and

There are fundamental differences in how humans interact

with vehicles and electricity. These differences affect how the transportation

pays her electricity bill, she is probably not thinking about buying something

she will develop a personal connection to. The source of electricity she pays

for does not impact her experience of consuming electricity. The consumer does

not even directly participate in the transaction of procuring electric power. Electric

service providers purchase electricity on behalf of residential customers in

their territories, either from a wholesale electricity market or by negotiating

contracts with power generators, before delivering it to households. The

physical systems. In this market, there is not much space for customer

engagement (at least not until recently[1]).

The transportation sector differs from the electric power

sector in that the entire process is dominated by the consumers’ will, from

purchasing a vehicle, to driving it, and, eventually, to scrapping it. New car models

are pushed to the market every year, and hundreds of customized add-ons are

are getting fancier day by day. Driving behavior is ever-changing and hard to

predict: the same driver on the same segment of road under the same conditions can

go faster or slower, sometimes influenced by her moods rather than the traffic

(unlike autonomous vehicles with set algorithms). Driver preferences are

similarly fickle and hard to predict. Leveraging data of more than 40 million

at the point of transaction can alter purchase decisions. For instance, people

when it’s cold outside. In another study, researchers

found evidence for transmission of vehicle brand preferences across generations

Scientists, engineers, and policy makers have come up with

numerous ideas to decarbonize the transportation sector. In particular, for

light-duty vehicles (passenger cars and trucks we normally see on the road, which

energy consumption of the sector), two proposals receive the most attention: to

replace fossil fuels with cleaner fuels, or to reduce fuel consumption by

improving fuel efficiency. Both proposals have been successfully realized. Can

we move our cars with something other than gasoline or diesel? Yes. To name a

few alternative sources: electricity, hydrogen, and biofuel. Can we drive the

same distance but use less fuel? Yes. Thanks to the [Corporate

miles on average for passenger cars, 6.7 miles longer than two decades ago, as

But great invention and improvement do not appear on the road

to consumer culture and preferences (bottom-up approaches), which is more

approaches). In a free-market economy, it’s those busy, emotional, demanding, and

disutility relative to enjoyment derived from utilization, people get

frustrated. If they are too frustrated, they refrain from owning and using

Electric Vehicles (EV) are hard and inconvenient to use.

car drivers. Long road trips are particularly challenging with EVs, because the

current minimum and median range of pure EVs in the U.S. are [58

and 114.5 miles](https://evadoption.com/statistics-of-the-week-comparing-vehicle-ranges-for-gas-bevs-and-phevs/), versus 240 and 412 miles for gas/diesel cars. For

comparison, the median distance of long-distance trips by personal vehicles in

miles](https://www.bts.gov/statistical-products/surveys/national-household-travel-survey-long-distance-travel-quick-facts). Therefore, EV drivers must plan their routes carefully to ensure they

can recharge as they go, because the distribution of public charging points is

sparser than that of gas stations. There are 21,882

public charging stations in the US (among which only 2,872 are fast-charging,

disproportionally located in urban areas), compared to around 111,100

gas stations. It also takes much longer to charge a battery than to top off a gas

tank. Depending on the battery size, the type of outlet at the charging

station, and whether the car is equipped for fast charging, charging time

40 minutes to more than 24 hours](https://pod-point.com/guides/driver/how-long-to-charge-an-electric-car).

To put this into context: this summer, I booked a ride with

a driver from a transportation network company to visit my grandparents, who

live in a town four hours away from where my family lives. When my mother saw

that the car we booked was an EV, she insisted that the driver find a gasoline

car. Her strong feeling stemmed from her previous unpleasant experience with an

EV, which almost ran out of power in the middle of the freeway. The EV driver had

to get off the freeway, look around for a charging station (the nearest one

turned out to be in a city 30 minutes away), and wait another hour to charge the

car. What was supposed to be a four-hour trip became seven hours instead.

This is not an extreme example. My story lines up with

broader consumers’ concerns suggested by a myriad of small- and large-scale surveys.

asked 13,000 individuals in 17 countries about their attitudes towards pure EVs.

consumers’ expectation. Another survey by [Cox

longevity of the battery, performance in harsh winters, manufacturers’ roadside

assistances, compatibility of charging standards, and so on.

Fuel economy does not sell well.

potential energy embedded in one unit of fuel is transformed into movement. One

travel using one gallon of gasoline (miles per gallon, or MPG). The higher fuel

economy of a car, the more money the driver can save, because with the same

amount of gasoline, the driver can drive farther. Meanwhile, carbon emission is

reduced, as less fuel is consumed. This sounds like a win-win situation for

fuel economy as expected. Fuel economy is less frequently cited as the most

technology. Moreover, consumers are not quite willing or able to pay the price

premium upfront, even though the projected cost saving is relatively large.

Finally, people may be confused and make mistakes about which car model can

Numerous studies have tried to uncover the underlying mechanisms

creating this tepidness. The behavioral school of thought mainly focuses on

limitations, biased beliefs, etc. People are busy, and when they are not, they

prefer leisure over tedious tasks like searching and solving math problems. If

discount wealth in the far future more than near feature. Fuel savings in 10

An alternative school of thought suggests that consumers

could still be fully informed and rational, but simply be unable to afford a

more expensive, fuel-efficient vehicle even though it will eventually offer

savings. Besides, fuel economy can also

come with something that the consumers dislike. For instance, automakers may sacrifice

other attributes of cars, such as size and horsepower, to boost up fuel economy.

Fuel-efficient cars, then, become less favored by drivers who value things like

What can we do?

Understanding and catering to human factors is crucial. Even

in the electric power sector, which enjoys the advantage of having a relatively

electricity prices is one of the most important items on policymakers’ agendas.

suggest that consumers do respond to price signals, but responses vary in terms

of magnitude and persistency. So, while consumer engagement is important, it is

also difficult to manage. If the electric power sector has taught us that it’s already

hard to alter consumer behavior when only one factor (price) is involved, then one

can imagine the difficulty of altering behaviors when location, speed, comfort,

and connectivity all require consideration, as is the case in the transportation

However, some early endeavors to understand consumer

behaviors in transportation look promising. A team at Lawrence Berkeley

for Behavior, Energy, Autonomy, and Mobility), a transportation simulation framework

charging infrastructure. It’s a powerful virtual environment to analyze the

There are also experimental programs initiated by industry

partners. For instance, RetailCo, a major US retailer, accepted the offer from ChargePoint,

a network company of EV charging infrastructure, to install six stations near

its stores. According to their estimation, after the EV charging stations were

installed, the average customer dwell time within stores increased by 50

minutes and gross revenue by approximately $56,000 over the course of the nine-month

piloting period. This success was followed by construction of more stations

We now have quite mature and ever-improving technologies for

fuel economy and alternative fuel sources, as well as political momentum and policy

prototypes. But to realize the full

environmental benefits of the new technologies, we have to pay more attention

to what consumers want. Changing the everyday decisions taking place

within each household, on each street, and in each person’s mind can achieve

(allowing temporal shift in consumption based on change in prices).

linear function of a car's MPG, while the actual relationship is curvilinear. For instance,

consumption, whereas an increase from 50 to 60 MPG is only a 20 percent

improvement, although in both cases the difference is 10 MPG. Consequently,

people underestimate the value of removing the most fuel-inefficient vehicles.