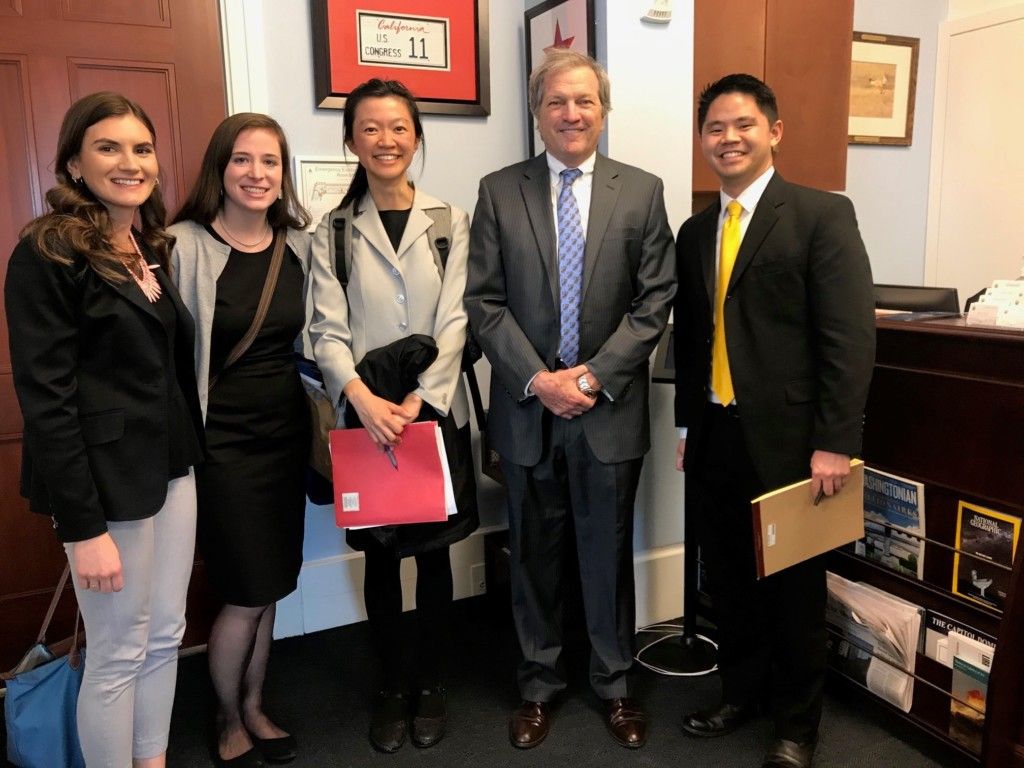 As science and engineering graduate students, we are constantly engrossed in the details of our research projects. When we emerge from our research, however, we frequently face culture gaps between ourselves and our graduate student peers, or the rest of society. For example, when we talk with scientists from different fields about our work, or when we talk with family and friends about what STEM graduate students do, it can be challenging to find the right language to communicate exactly what we mean. Culture gaps can widen even further with issues that span two very different fields, for instance science and policy, where scientists can have a significant impact.

Over 100 science and engineering graduate students convened to address this particular culture gap at the AAAS Catalyzing Advocacy in Science and Engineering Workshop (CASE) in Washington, D.C. from March 24–27, 2019. The goal of the workshop was to educate graduate students on how policy is made and how scientists and engineers can play a positive role in the process. The workshop culminated in a day of visits to congressional offices where graduate students spoke with staffers about the importance of their research and advocated for continued scientific research funding. Four UC Berkeley PhD students attended: Eric Lee (infectious diseases and immunity), Erin Sullivan (chemistry), Vetri Velan (physics), and QinQin Yu (physics). Below are some lessons that we learned from the workshop.

One way that policy is important for science is in providing government funding for scientific research. While as scientists and engineers it is tempting to advocate for more money for all research, we need to recognize that the role of policymakers is to prioritize specific directions for the nation’s goals scientific pursuits. Thus, crafting messages that take into account how Congress works and the issues that congresspeople are interested in can be a much more effective strategy than pushing for research funding at large.

The goal of Congress is to createpolicies, but as Congress specialist Judy Schneider explained to us, “Congress is not driven by policy alone.” It is also driven by politics, how congresspeople interact with each other and their constituents, and procedure, the rules by which legislation is created and passed. For example, bills are primarily driven by committees (e.g., the Appropriations committee), which each have subcommittees (ex. the subcommittee on Commerce, Justice, Science, and Related Agencies), and they each have their own particular set of procedures. Bills can be drafted to “friendly” and “unfriendly” committees, depending on the leader of the chamber’s desired outcome for the fate of the bill. This is an example of the murky and confusing world of politics.

Creating the federal budget and allocating money comes with an additional set of politics and procedures. Matt Hourihan, Director of the R&D Budget and Policy Program at AAAS, taught us that the discretionary budget, from which 95 percent of federal science funding comes, takes 18 months to create (see diagram). It takes so long because it goes through a lengthy process in both the executive and legislative branches. First, a request is worked out between the White House and the agencies (e.g., the National Science Foundation). The request, which contains thousands of pages, is then passed on to both chambers of Congress where appropriations subcommittees pass 12 separate spending bills, which then must be passed by the whole chamber. At this point any discrepancies between the House and Senate versions of the budget are worked out in a conference committee. The conference committee is made up of members from both the House and the Senate, and its role is to resolve any discrepancies in the congressional budget. After this step, both chambers must pass the conference version of the bill.

Science funding falls under multiple appropriations subcommittees of Congress, meaning that multiple science agencies may have funding appropriated from the same source. Therefore, the members of those committees will have to make a decision on how to split the available funding between different science agencies. To complicate matters even more, subcommittees that oversee science may also oversee other areas such as justice and the economy, again forcing members to prioritize spending between multiple seemingly disparate sectors.

How can we influence funding allocations for science and technology research in any way? We as constituents have a lot of pull in how policy is shaped. As Schneider said, “Congress exists to do what you tell them to do. If you don’t tell them what to do, someone else will.” However, understanding the diverse demands on congresspeople can help our requests be more realistic, and subsequently, more likely to be considered.

Throughout the workshop, the speakers emphasized that politics is local and personal, meaning that prior to our visits to Capitol Hill, we needed to do our background research. For example, in McCarthy’s district, which includes Bakersfield, CA, valley fever, a fungal disease that causes fever and coughing, is a huge issue. As a result, Lee’s research on infectious diseases was especially of interest to his office. We also learned to “communicate the story of the evidence” as we were told by Dr. Rush Holt, AAAS CEO and former US Representative for New Jersey. This meant crafting a compelling story about our research that a congressperson could relate to. For instance, Sullivan cast her research on ultrafast spectroscopy from the angle of research on environmentally-important molecules in the atmosphere, which is easier for a non-expert to understand the importance of. Finally, we learned the significance of thanking the members of Congress for all that they do. Many congresspeople are already great allies for scientists, having advocated for science research funding in the past. Having us going to talk to them about our work is, in a way, a return on their investment and an acknowledgement of their hard work.

What is our role as graduate students in science policy?

As constituents, our job is to tell our local elected officials what we care about. As Schneider said, “your job is to find a way to explain what your passion is.” As graduate students in science and engineering, we also have a role to speak to the importance of research, higher education, and any potential policy consequences of our work. We can do this in a variety of ways (action items credit to Erin Heath):

If you just have an hour, you can: attend a Berkeley Science Policy Group meeting, vote, get to know your elected officials, sign up for updates from your scientific society’s government relations office or AAAS policy alerts, and join the National Science Policy Network.

If you have a day, you can: write a letter to the editor for a local newspaper (ex. BerkeleySide, DailyCal), learn about the federal budget, and nominate your peers for the Golden Goose Award.

If you have a week, you can: attend a science policy conference such as the AAAS CASE workshop, and read a book on science policy.

We can make our voices as graduate students heard, but we have to speak. Every one of us has a unique personal story about why and how we got to where we are. By communicating the stories of our passions and interests to our elected officials, we can better make our needs heard as constituents, students, teachers, scientists, and engineers. And by engaging with our elected officials, we will make progress towards bridging the culture gap between science and policy. 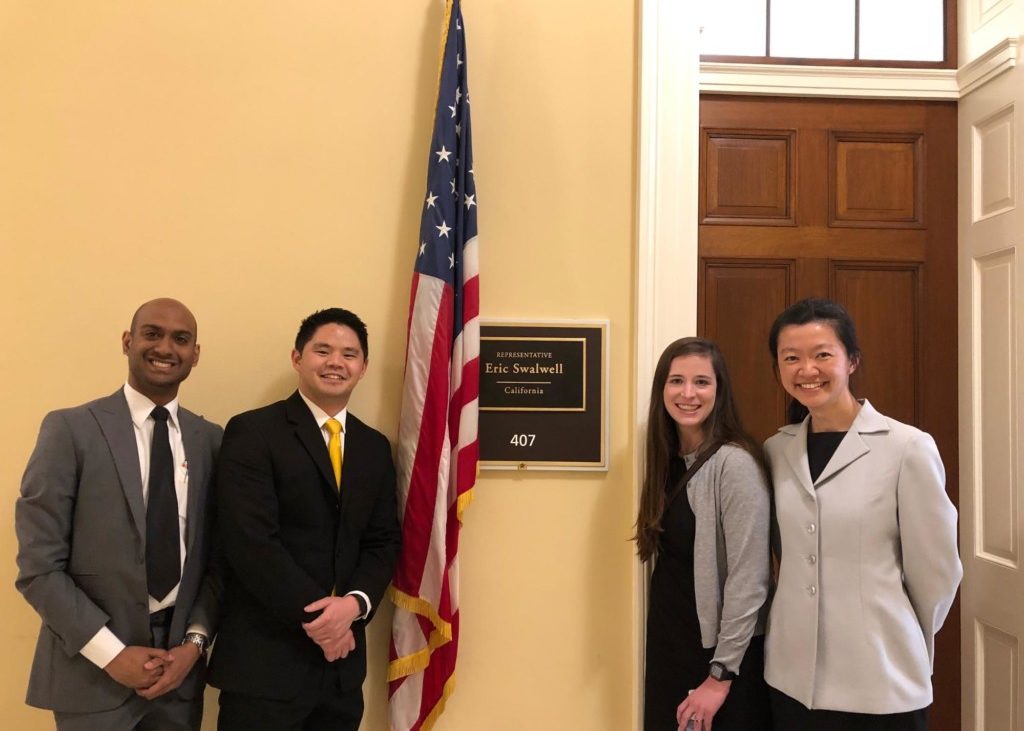