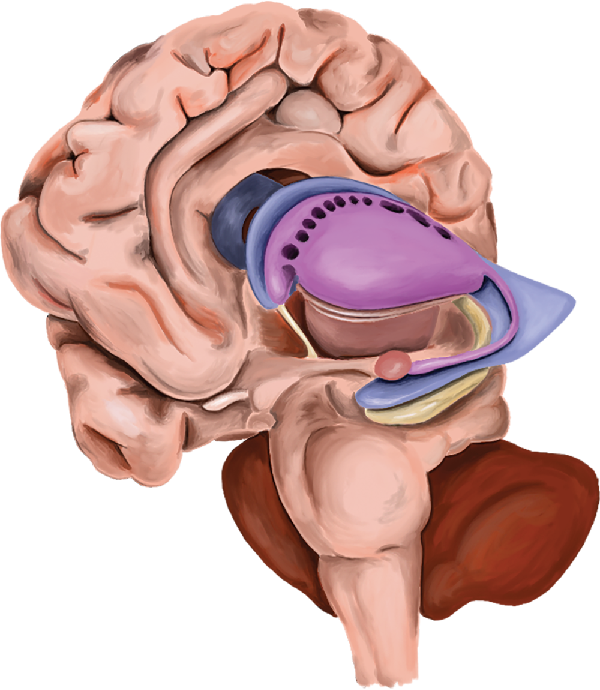 We’ve all heard the phrase “timing is everything.” Whether this phrase applies to a choreographed dance or something as mundane as just barely missing an elevator, time dictates our reactions. Imagine an object flying towards you. You need to catch it at exactly the right time to prevent it from smacking you in the face. By anticipating the object’s trajectory over time, you’re able to predict the future and perfectly adapt your response on a short, subconscious timescale. According to UC Berkeley scientists, two different regions of the brain are in charge of this timing mechanism.

Professor Richard Ivry and postdoc Assaf Breska from UC Berkeley’s psychology department and the Helen Wills Neuroscience Institute tested patients with either cerebellar degeneration or Parkinson’s disease on their ability to form temporal predictions. The cerebellum, a small structure tucked in the back of the brain under the two much larger hemispheres, is generally known for its role in motor control and coordination, but it has also been shown to judge time relationships between events. In contrast, Parkinson’s patients have degeneration in the basal ganglia, which resides in the midbrain. The basal ganglia has been well-characterized for its role in deciding and initiating movement based on many studies of Parkinson’s disease models. Both regions have been previously shown to take temporal information into account, but most studies focused on motor functions. “We go beyond the movement itself, and we ask what are the parameters that, even unrelated to movement, are controlled or represented by these brain structures?” Breska explains.

In their study, Breska and Ivry designed two experiments to test patients’ ability to respond to either rhythmic or memory-based timing using a series of red, white, and green boxes appearing on a screen. Patients were instructed to respond when they saw the green box by pressing a button. The white box acts as a cue for the green target box and always directly precedes it. Breska measured the reaction time from the target’s appearance to the patient’s response. Patients who are able to form predictions of when the green box would appear have faster reaction times. In one test, each box appeared after a consistent interval, creating a rhythmic beat to allow predictions because, according to Breska, “[the patients] are building a synchronization with an ongoing event.” The second test had varied intervals and relied more on the patients’ memory of a previous interval, “taking it out of a safebox” to remember the timing.

Breska compared both tests against a control test with random intervals, where temporal predictions are unlikely. Healthy patients of the same age have faster reaction times in both experimental tests, as their brains compute the rhythmic or interval-based information properly and make accurate predictions. Remarkably, the affected brain region in patients determined which test was most impaired. Breska and Ivry found that loss of cerebellar function led to significant impairments in the single-interval, memory-based test, while basal ganglia impairment in Parkinson’s patients led to slower rhythmic reactions. These data suggest that each of these two areas of the brain execute separate timing controls when making predictions.

Example sequences from the random test (a), single-intervale test(b), and rhythmic test(c); arrows within a sequence indicate equal time intervals

Breska and Ivry chose to conduct their study with Parkinson’s patients on medication, which could mask some results. “We were not optimistic,” Breska says, “but it’s the right way to go ethically.” The fact that the patients were medicated makes the resulting differences in their impaired temporal performance even more surprising. “It’s very interesting that the study still worked because the medication is not enough to compensate for this damage to the basal ganglia, even though it’s helping with the motor symptoms.”

While the study is relatively simple and straightforward, several brain regions are known to use temporal information. The challenge remaining is to determine if the basal ganglia and cerebellum are truly a part of the brain’s system to calculate and predict time intervals or if they simply integrate temporal information from our dynamic world.

One theory is that having two timing systems in the brain provides an advantage to respond to the world around us. In some situations, we need immediate exposure to a particular rhythmic scenario to predict the outcome, but in others, we can combine this with our memories to inform our unconscious actions. Breska hopes to move towards a more complete understanding of temporal predictions. “This kind of game is very cool to probe this ability of your brain, but it’s not totally natural. It’s still a very weird computer game.” Eventually, he hopes to “pinpoint the computation and trajectory of your brain activity changing—your information processing through your neurons, not just how you play the game.”

Maiko Kitaoka is a graduate student in molecular & cell biology