Book review – How to Change Your Mind 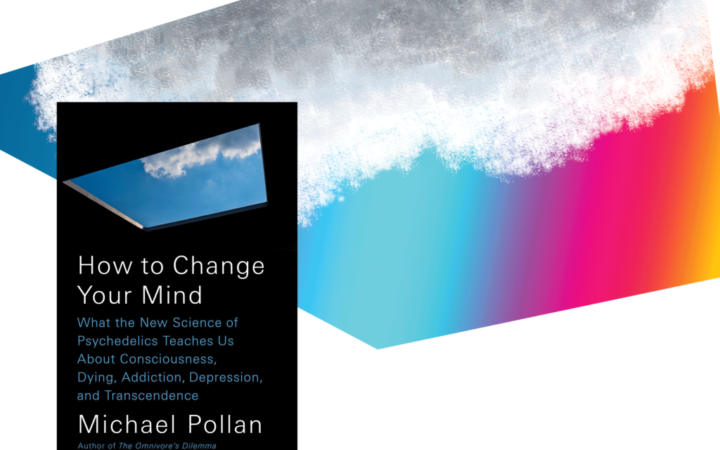 Meditation, prayer, and even yoga have been hailed by practitioners as stimuli for spiritual awakenings. Michael Pollan, however, tackles a more controversial spiritual catalyst in his most recent book How to Change Your Mind: What the New Science of Psychedelics Teaches Us About Consciousness, Dying, Addiction, Depression, and Transcendence. By recounting the history, neuroscience, and his personal exploration of psychedelics, Pollan claims that acid and other hallucinogenic drugs are not only safe but enlightening. A successful popular science book both educates impartially and entertains. Pollan fails to be truly objective, but his storytelling is enthralling.

Pollan frames his book as a personal exploration at the cost of his credibility. Rather than strike a passive tone to draw a wide readership with varying views on drug use, he chooses to frame the topic around his own personal journey with psychedelics. Pollan’s approach may please readers whose feelings on recreational drug use align with his—curiosity possibly masquerading as apathy. But I do not belong to this group. Rather, I am a drug nay-sayer whose recreational drug use does not surpass a cup of tea in the morning. Instead of being intrigued by Pollan’s decision to ingest LSD, I fear that the choice impacts his scientific objectivity. And he is not the first victim: Pollan discusses how the first wave of psychedelic research was eventually banned after scientists’ personal playtime with the drug transformed unbiased academic research into an obsessive, cultural rite. Like those before him, Pollan loses his ability to scientifically evaluate the psychedelic experience to the haze of colorful hallucinations.

Participatory journalism does not necessarily raise a red flag by itself, but it is concerning that Pollan glosses over the potential risks of psychedelics. Although he rightly corrects the common misconception that psychedelics are typically addictive, he focuses on lighthearted anecdotes—such as hiking through national parks to illegally poach psilocybin mushrooms—rather than discussing the grimier aspects of the psychedelic experience. Even readers who regularly enjoy acids trips may pause at how Pollan’s use of expert guides differs from the Average Joe who buys impure, sometimes deadly, LSD through suspect dealers. Yet clean LSD still carries danger: without the appropriate surroundings or supervision, drug users are at greater risk for “bad trips,” which may lead to lasting anxiety and depression. These risks are not mentioned—a large omission in a book endorsing others to try psychedelics. Since many readers do not have Pollan’s network, money, or expertise, the majority of those who try psychedelics are unlikely to have as positive an experience as Pollan did.

While How to Change Your Mind does not convince as an unbiased risk-analysis evaluating if the benefits of psychedelics outweigh the possible harm, it shines as an entertaining and thought-provoking narrative into how they can alter those who dare to touch them. Pollan recounts his temporary loss of control during four trips on different psychedelic compounds. He describes one as if he is on the outside of a rocket after launch, “…holding on with both hands, […] the fuselage shuddering on the brink of self-destruction as it strains to break free from Earth’s grip, while the friction it generates as it crashes through the thinning air issues in a deafening roar.” Pollan gleams great meaning from this memory, and the whole experience helps him allude to tougher scientific and philosophical questions. Are his exquisite spiritual moments the result of chemicals “freeing” his brain, or do they come from a rational mind attempting to create meaning from the nonsensical hallucinations of an LSD trip the day before? Pollan offers a few scientific hypotheses that might underlie the psychedelic effect. Nonetheless, readers are left pondering this question long after the book ends.

Perhaps Pollan’s book is best viewed in light of his decision to challenge our mainstream biases and describe the indescribable. Regardless of whether or not he is completely objective or successful in either pursuit, How to Change Your Mind is a rich attempt that rewards the reader with newfound insight into some of the more controversial substances in the US.

Sierra Lear is a graduate student in bioengineering