Riding on her coattails 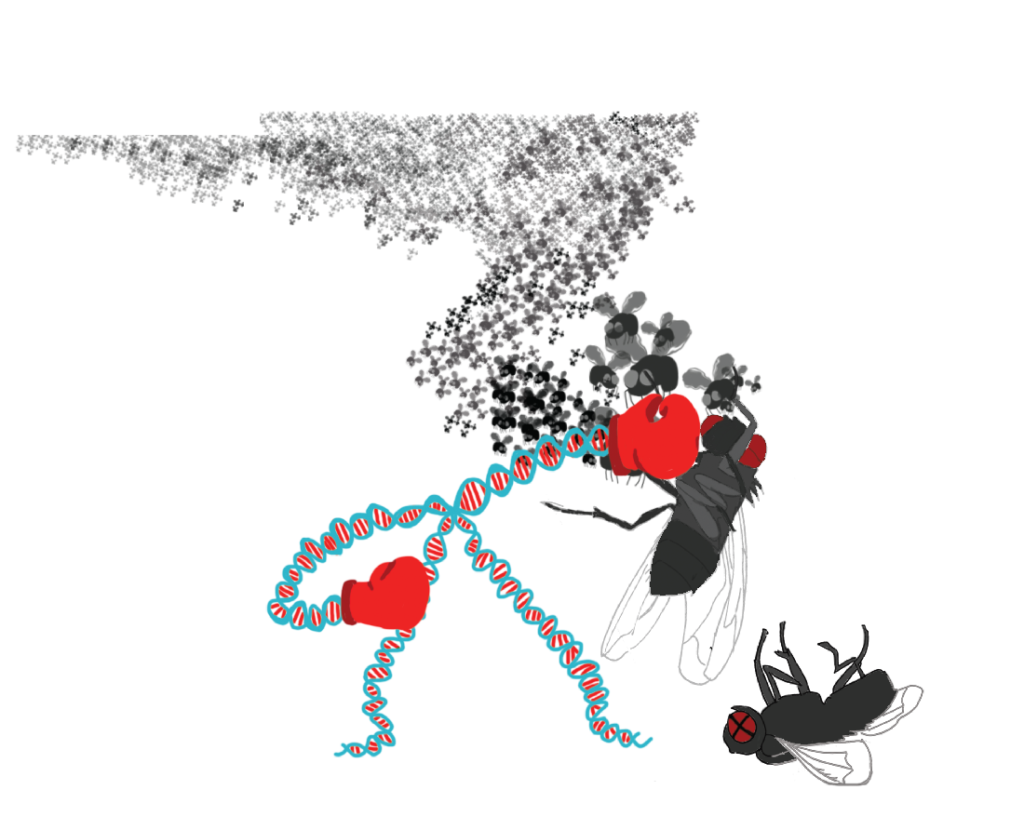 Sometimes finding the right angle to control disease-spreading pests can come from looking a bit more closely at tiny Drosophila fruit fly testes. Emily Landeen, a UC Berkeley postdoc in the Bachtrog lab, pairs distant populations of Drosophila miranda flies together, one from Canada and one from California, and peeks into the vials to examine their progeny. Oddly, the pairing produced a number of vials with almost entirely female progeny! Landeen knows this isn’t a fluke—the skewed sex ratio of the progeny is a sign of genetic selfishness and it is exactly what she was looking for.

While gene drives are common on all chromosomes, they are easy to detect when they affect the sex chromosomes. In the case of these flies, something exists on the X chromosome in male flies such that when their cells undergo meiosis to produce sperm, the X chromosome destroys the Y chromosomes before they can become mature sperm. The male fly’s testes then primarily house X-containing sperm, which when combined with a female’s X-containing egg, renders the progeny almost entirely female.

Landeen’s work is now to identify and sequence the novel drivers she found from her fly pairings. It’s work like this that aids the creation of synthetic gene drives, which can be used to regulate pest populations. Scientists are considering the impact of using synthetic gene drivers to skew the sex ratio in breeding mosquitos, and devastate the mosquito population to dramatically reduce the