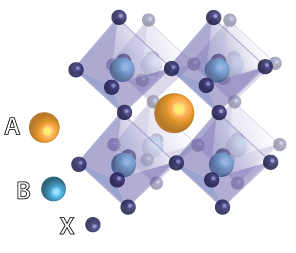 Perovskite, made of eight repeating octahedral units, has a high solar power conversion efficiency which may make solar cells more economical. Due to its high efficiency and unique crystal structure, it has been the topic of various research endeavors with the potential to advance solar technology.

The term ”perovskite” is used to describe a crystal structure, rather than a specific material, that is abundant in the earth’s mantle. The general chemical formula for perovskite compounds is ABX3, where A and B are two positively charged atoms and X is a negatively charged atom-typically three for every A and B atom-that bonds to both. A is usually an alkaline or rare-earth element while B is typically a transition metal and X is typically a halide or oxide. Since many elements can fit into this ABX3 structure, scientists substitute different elements to play with the crystal’s properties. 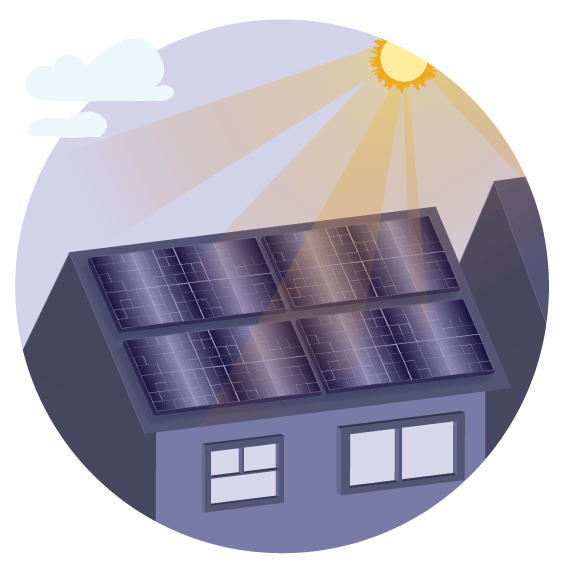 In 2006, the first perovskite solar cell device converted 2.2 percent of the light energy hitting its surface into electronic energy. By 2017, that efficiency increased to 22 percent. In comparison, current solar panels are made of silicon and have an efficiency of sixteen to twenty percent, with limited opportunities for improvement. But how does the perovskite convert the light energy into electrical energy? Recall that materials are made of atoms, and atoms are made of nuclei and electrons. When the right amount of sunlight energy is transferred to an electron, the electron is said to enter a higher free state. In the electron’s original place, a positively charged hole is left. When sunlight hits perovskite, this process happens many times, and a high efficiency electrical current is generated. Most scientists believe the high efficiency is due to perovskite’s ability to absorb light and turn the photon into weakly bound electron-hole pairs that easily dissociate into free carriers and turn into electricity.

In 2017, A team led by chemist Peidong Yang at UC Berkeley developed a method to turn perovskite into “smart window.” Responding to different temperatures, the glass of this window would change from transparent to opaque. On a sunny day the heated surface of the window would cause the glass to turn opaque and filter out sunlight. Because of perovskites unique crystal structure, the heat induces special phase transformation (perovskite potentially has high temperature phase and low-temperature phase states) when one heats up the lattice.

At the same time, windows made of perovskite can also harvest solar energy and transform it into electricity due to its high photon-electron conversion. This could potentially save homeowners on heating costs and help them generate electricity. 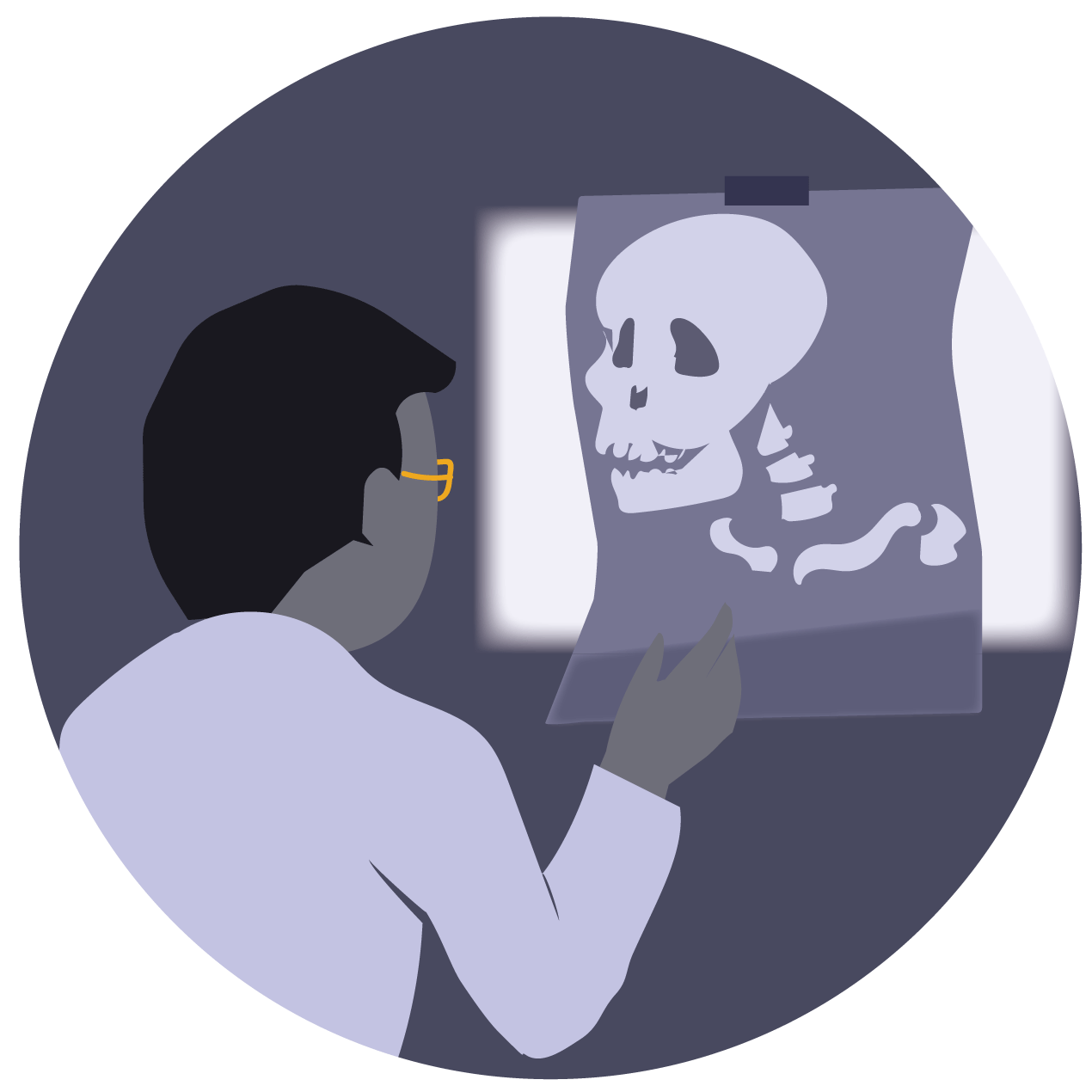 Most semiconductors with good charge transport properties do not absorb high-energy radiation effectively. Perovskite itself, however, due to the presence of heavy metal and halide ions in its structure, is a better candidate for absorbing high-energy radiation. When a doctor scans our body for an X-ray image, the X-rays pass through our skin and muscle but are reflected off our bones onto a film that reveals images of our skeleton. However, some of the X-rays are absorbed by our tissues, which can potentially cause damage.

Some of the most common compounds in perovskite are lead and halides-elements that are highly sensitive to X-rays due to their heavy atomic nuclei. In 2016, scientists from Ohio State University and University of Nebraska-Lincoln found that when lead and halide based perovskite was used as a detection film for X-ray imaging, it could produce the same image as standard x-ray film, but required much fewer X-rays to be applied to the patient.

While perovskite materials have existed for a very long time, only recently have they started to attract more attention from the community. People are studying the structures, physical and chemical properties of perovskite, extending the intriguing properties and high efficiency to promising optoelectronics applications, including several others that I have not covered here. Considering the manufacturing process, earth abundance and availability, and environmental impact, perovskite could absolutely help us move beyond the silicon era.

Chung-Kuan (Andy) Lin is a graduate student in materials science.