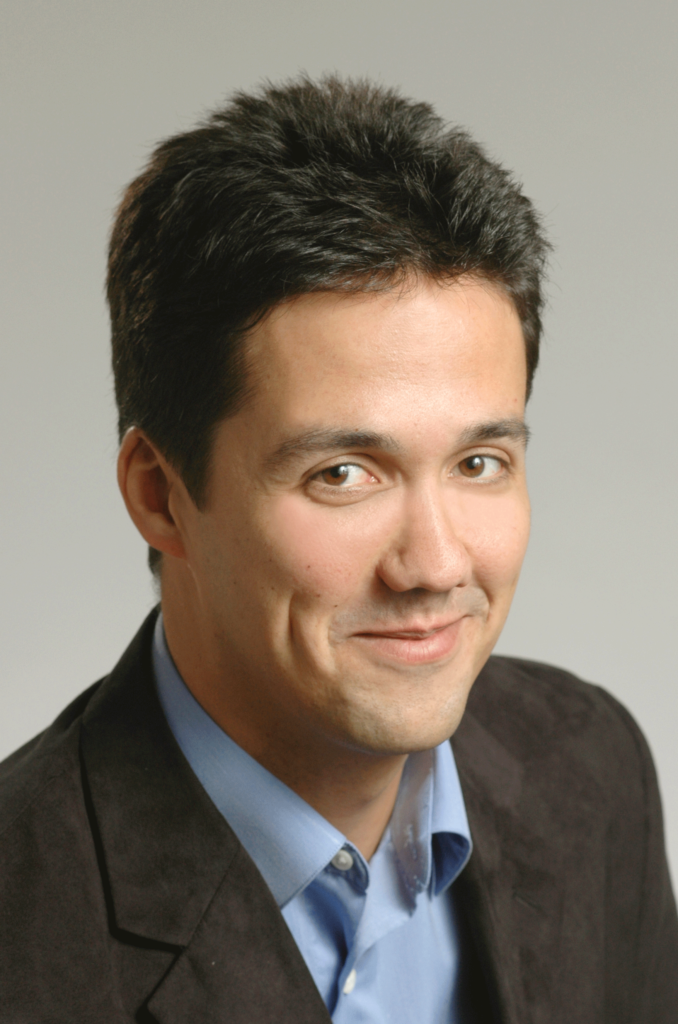 The brain—or as Dr. Jose Carmena calls it, “the ultimate frontier”—has immense capabilities. It regulates our biological processes, initiates our actions, harbors our conscience, and stores the knowledge we use to understand the world. To expand our understanding of this ultimate frontier, UC Berkeley professor and co-director of the Center for Neural Engineering and Prostheses Dr. Jose Carmena is researching brain-machine interface (BMI) technology. BMI makes science fiction an imminent reality by permitting bidirectional communication between the brain and a machine to control external devices such as prosthetic limbs. Here, Carmena discusses his research and offers advice for aspiring scientists.

PV: When did you develop an interest in neuroscience and engineering?

JC: I was attracted to engineering as a kid even though I come from a family of physicians. In college, I was interested in research at MIT involving artificial intelligence (AI) and robotics. In grad school, I pursued a master’s in AI and PhD in robotics. Since my thesis was more biologically inspired, I studied how bats echolocate, read many papers on the recordings of bat brains, and began to be fascinated by the brain. I detoured from the typical engineering track first with self-education by reading textbooks on my own. BMI was in its infancy and caught my attention because it involved all of my interests: electrical engineering, robotics, AI, neuroscience, and finally clinical applications. I sometimes wondered if I should’ve done medicine but I definitely knew that I wanted to do something that applies to human beings. Understanding the brain through BMI and how the brain learns to control an external device - it was like seeing the light.

PV: How did you discover your passion for neuroscience after studying engineering?

JC: Early on in college, the link between engineering and neuroscience for me was artificial intelligence. I was fascinated by the idea that a machine could learn and make its own decisions. A conscious machine! I was inspired by the movies, such as Hal in Space Odyssey or Skynet from Terminator, and by philosophical questions, such as: what is cognition? Can machines be conscious? How do subjective experiences emerge from matter? This drove me to explore neuroscience. The brain really is the ultimate frontier. 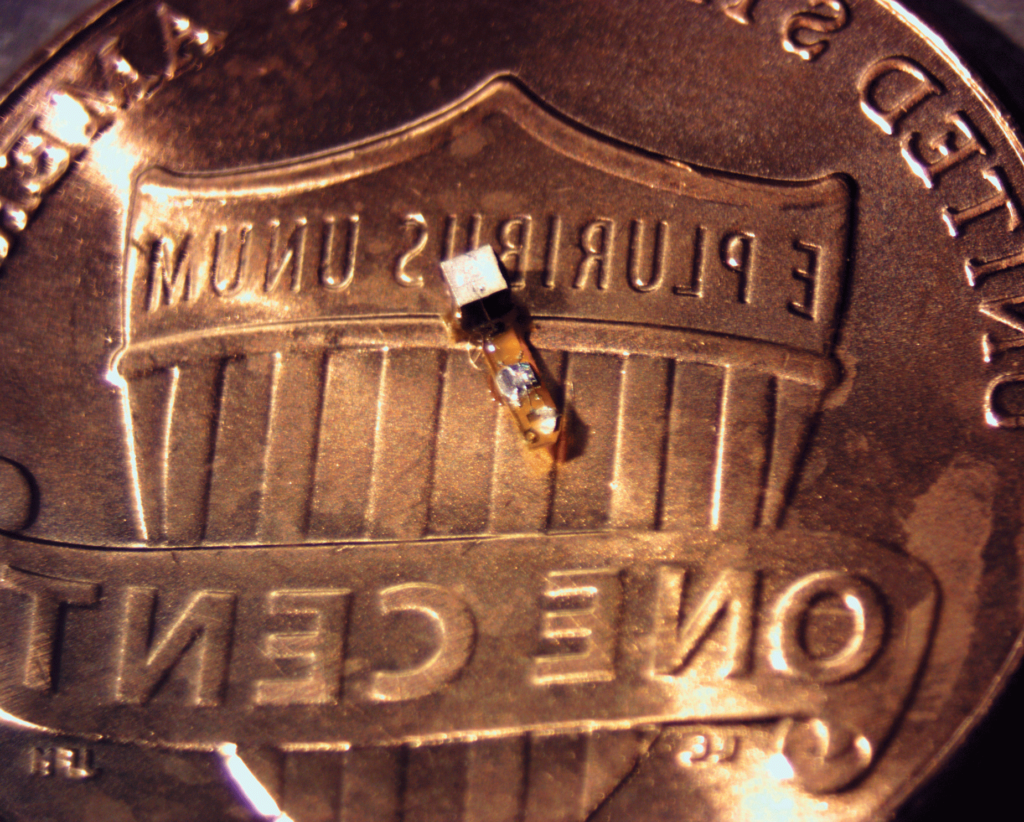 Compared to the size of a penny, the neural dust sensor is innovative for its submillimeter scale and its wireless and batteryless capabilities

PV: How did you start your BMI research?

JC: When I completed my PhD in robotics at the University of Edinburgh, the first papers on BMI were published so I contacted three main labs working on it in the US. BMI pioneer Miguel Nicolelis from Duke University replied enthusiastically and encouraged me to apply as a postdoc. During my postdoc at Duke, BMI was in its early stages and only basic “open-loop” demonstrations had been done, in which researchers recorded neural activity from the brain of a monkey while it performed a motor task such as extending its arm to reach for food. After collecting electrophysiological data from multiple neurons associated with the corresponding physical movement and analyzing the information, a model was created that predicted the trajectory of physical movement based on neuronal firing. The real test for BMI was to determine if monkeys could perform the same tasks mentally through neural control, in the absence of physical movement. It wasn’t clear if the neurons that fire while you’re moving could fire again in say, a paralyzed individual. We wanted to see if the same neurons could still fire under volitional control. I was lucky with the results we obtained. It was one of the first studies to demonstrate what we call “closed-loop” BMI control. Monkeys could control robotic arms to reach and grasp objects just by thinking! Witnessing the plastic changes in the brains of these monkeys, the reorganization of their neural circuits from learning how to complete tasks just by thinking rather than moving—It’s fascinating. This work drew a lot of attention and I was fortunate to land a faculty position at Berkeley in 2005.

PV: What is your research focused on currently?

JC: My research agenda is centered on the neural basis of BMI. We use BMI as a tool to ask questions about how the brain learns and controls movement. Then, we use our research findings to inform how to build neuroprosthetic devices for clinical applications. We want to learn about how the brain learns new skills, such as controlling a prosthetic, and which circuits, areas, cortical layers, and cell types in the brain are important in this process and how can we manipulate them to deliver therapy.

PV: What are the potential applications of your research?

JC: We aim to apply what we develop in the lab to a clinical setting. We want to develop neuroprosthetics to help people with movement disorders, paralysis, and neurodegenerative conditions like amyotrophic lateral sclerosis. It’s about using the intact brain to bypass or rewire itself to regain a particular function so you can be independent. More recently, we use BMI to ask questions about disorders of the mind, neuropsychiatric conditions such as post-traumatic stress disorder, anxiety, mood disorders, and depression. Samantha Santacruz, a postdoc in my lab, is doing beautiful work on this. It’s fascinating and new because it taps into the circuits of the mind that make you feel like who you are and might modulate your mood. Currently, neuropsychiatric treatment is dominated by pharmacology, which has many limitations, so there is hope that neurotechnology will greatly help. Also, there is potential to develop augmentation capabilities in healthy humans to enhance sensory, motor, and cognitive abilities, such as expanding working memory, and to allow for direct brain-machine communication. This will take time but in my mind, there is no doubt it will happen. 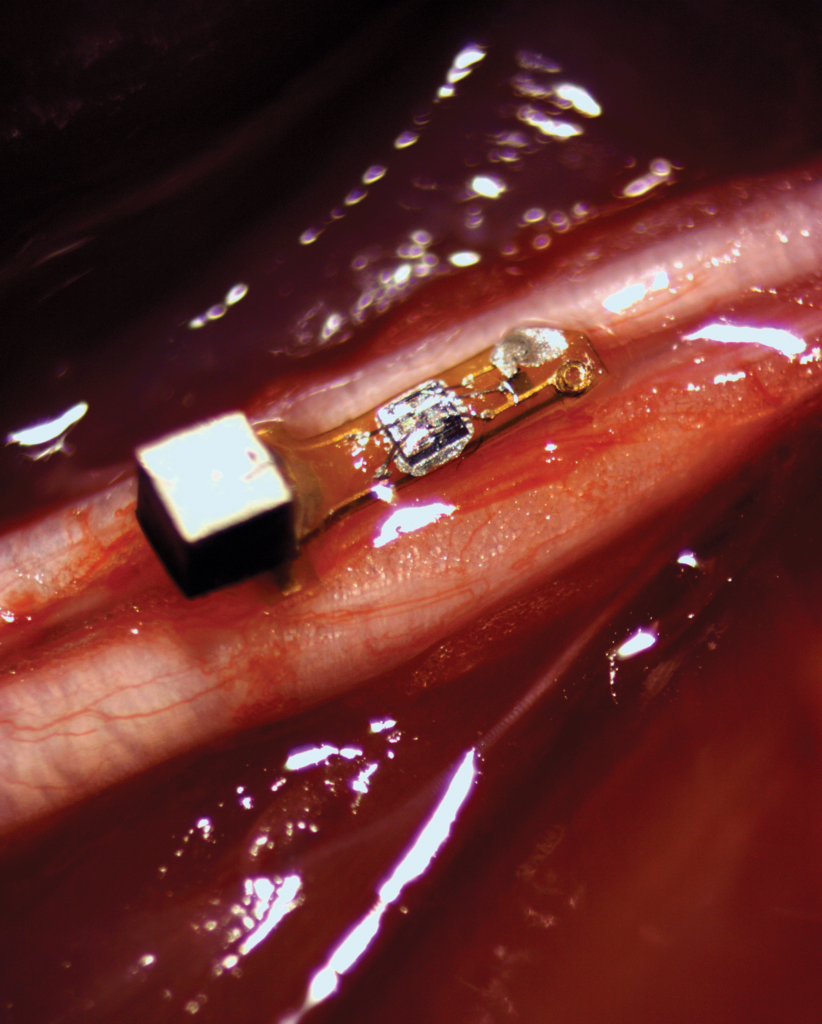 The neural dust sensor is shown implanted in a nerve fiber of a rat.

PV: Tell me about your collaboration to develop neural dust technology.

JC: I met Michel Maharbiz after he joined the Electrical Engineering and Computer Science (EECS) department. We share the same native language and we just clicked from the get-go. Michel is extremely creative and talented at building gadgets so we brainstormed how we could collaborate and I persuaded him to explore the neurotech space. The process of inventing neural dust technology spanned several years and involved many integral people such as my first grad student Subramaniam Venkatraman, who sketched the original concept of a free-floating mote in the brain that would communicate via radio-frequency identification. Together with Michel and EECS colleagues Jan Rabaey and Elad Alon, we started crunching numbers only to realize that the physics wouldn’t permit it. Electromagnetic energy doesn’t penetrate deep enough into the body, especially for the small-scale sensor we envisioned to create. The idea basically died there until a few months later when Michel had a revelation—we could utilize ultrasound instead of radio frequency. Michel's calculations showed that the physics worked out and the rest is history. We first published a concept paper with mathematical simulations, then performed a water tank demonstration, and eventually, tested the device in living organisms. Currently, Michel and I are launching Iota Biosciences, a startup to commercialize this technology platform.

In essence, neural dust is a sub-millimeter implantable sensor that can be inserted deep into the body, such as in a particular nerve or organ, through a minimally invasive procedure. This technology uses ultrasound sent from an external device to receive power and communicate via backscatter real-time information such as electrophysiological data, pH, pressure, temperature, and oxygen levels from the body. You could Fitbit your liver! We could continuously monitor the state of your body at unprecedented levels and use this information to treat disease. Since ultrasound goes through the body like a charm, we only need to use minuscule amounts of power to energize the device and receive information from it.

Neural dust is a platform technology that we believe will transform the field of neurotechnology and bioelectronic medicine. A key enabler for the development of neural dust is the excellent collaborative environment at Berkeley. For example, EECS Professor Rikky Muller recently joined our efforts to create new integrated circuits that will allow neural dust to stimulate specific targets in the body for potential therapies. The brain is the next frontier for neural dust. When paired with BMI, the potential to help people with movement disorders as well as other neurological and neuropsychiatric conditions is immense.

PV: Do you have advice for future scientists?

JC: Berkeley is a great place for undergraduates to get involved in research early on. Learn about science and why people dedicate their lives to it. If you have any intellectual curiosity or even an entrepreneurial drive, grad school is a good path. If you are not sure about what to do, then take time off! Travel, read, get a temporary job, and give yourself time to think. If you do decide to take the scientific path, don’t focus on incremental things. Instead, be ambitious, take risks, and go after big questions.

Priya Vijayakumar is an undergraduate student in the College of Letters and Science.