Imagine standing on the beach, looking out at the vast ocean. There is no land in sight on the horizon. The depth of the water seems immeasurable. When confronted with a scene like this, many people feel a powerful emotion: awe. Berkeley psychologists have found that the causes of awe depend on culture, but its core effects are universal. Experiencing awe can make people feel small, shifting their attention away from themselves and towards the people in their communities.

On the surface, awe seems unrelated to personal connections. It is the feeling of perceiving something so vast or transcendent that the mind cannot fully comprehend it. Natural wonders, like the Grand Canyon or a colorful sunset, can induce the feeling. There are many other elicitors of awe, though: impressive people, spiritual experiences, and beautiful art are a few examples.

Yang Bai, a postdoc in Professor Dacher Keltner's lab at UC Berkeley, was the lead author on a recent paper that explored which aspects of awe are affected by culture and which are universal. Bai, a Chinese native, became interested in how culture mediates awe when she realized that her understanding of the emotion differed markedly from her American colleagues. Although there is a word in Chinese that is similar to awe, Bai says that its meaning is very different. Unlike the English meaning of awe, often associated with natural wonders, the Chinese word is more closely tied to “interpersonal experiences.” However, the sight of sunshine gleaming on the Golden Gate Bridge helped Bai bridge the gap between her understanding of awe and the English meaning.

Based on Bai’s experience, she and her coauthors hypothesized that awe is a universal emotion, but the types of experiences that elicit awe vary by culture. The researchers "thought that awe experiences from people [in the US] would come 90 percent from nature,” while people from other cultures that value social ties more would primarily associate awe with interpersonal relations. Bai and her team asked college students in the US and China to record awesome experiences in their daily lives for several weeks. The researchers compared the frequency of different types of awe-associated experiences for the two groups of students. The cultural differences were not as extreme as expected. While American students tended to have more awe experiences involving nature and Chinese students tended to feel more interpersonal awe, students from both countries felt all types of awe. So while culture does influence people’s predominant experience of awe, it does not restrict its source.

The effects of awe are harder to study, since it is a complex emotion. It differs from positive emotions such as joy because it also has an element of fear. Previous research has shown that awe is an experience that provokes an emotional reaction that changes people’s mental framework of the world. Therefore, existing survey instruments to measure positive and negative feelings would not suffice. The researchers hypothesized that awe diminishes self size, the way that people imagine their size in the context of their surroundings. They believed that this effect is a core property of the emotion. 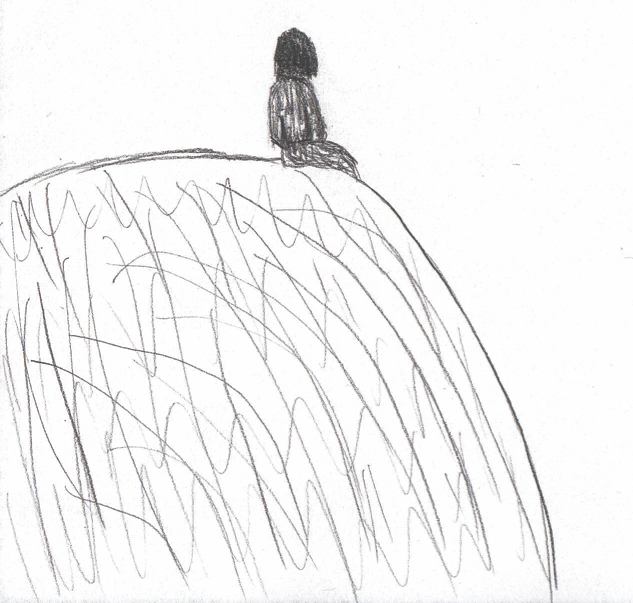 To determine whether self size is related to awe experiences, the researchers approached tourists at Yosemite's Tunnel View, an awesome vista, and in Fisherman's Wharf, a popular but unimpressive destination in San Francisco. They asked the tourists to report their current levels of various emotions, including awe, and to draw themselves in their current location. To quantify the tourists’ self size, Bai invented a new measure: the size that someone drew themselves relative to the picture's background. Smaller self portraits were associated with greater awe but not associated with other emotions like joy, pride, or fear. This was true for both domestic and international tourists—people from many cultures who experienced Yosemite’s natural wonder tended to have a smaller self size than people visiting Fisherman’s Wharf.

Bai conducted additional studies in the lab to connect awe, self size, and feelings of connectedness. She showed subjects videos to elicit awe, joy, or shame and measured their self size and sense of community. In each experiment, greater awe was associated with diminished self size and greater feelings of collective engagement, while other emotions were not. Prior research has also shown that social ties make people happier, and experiencing more awe is one step towards strengthening those bonds.

We don't need to search hard for awe—Bai says that it is all around us. “The most important thing is you need to shift your attention away from your own self ... It's like rolling a snowball: once you start paying attention to awe, you will start finding more awe in your life.”