Why white's not so white, after all: The story of leucism 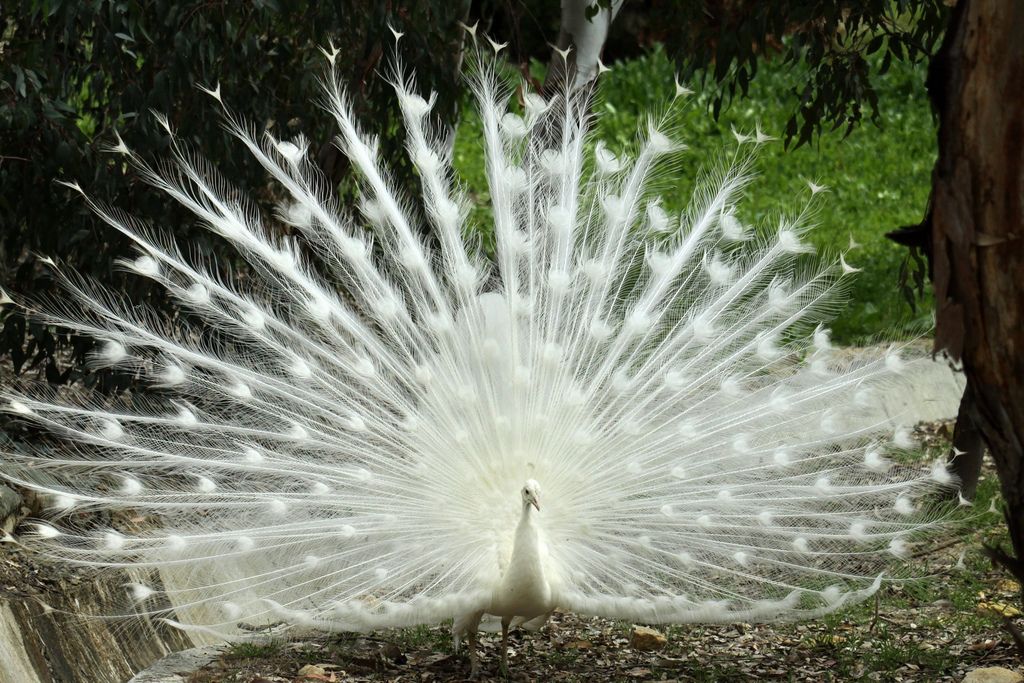 When I was a kid, visiting the St. Louis Zoo was one of my favorite weekend activities. My most beloved attractions included feeding leaves to giraffes (what huge tongues!), spotting tiny frolicking marmosets in the open-atrium forest inside the primate house, and watching the silly ways in which bears slumber during the hot, humid afternoons of the Missouri summer. Then, one year, the Zoo announced something I found new and exciting -- and more than a little bit baffling.

For weeks, I begged my parents to take me. Finally, they succumbed and we made our visit to the Zoo's herpetarium. The facility housed a number of intriguing residents, like twenty-foot-long pythons and 200-pound tortoises, but they were no match for the white alligator. To me, the bizarre creature was nothing short of a conundrum of nature. You see, back then I knew, having raised many generations of gerbils of various colors, that albinistic animals don't have blue eyes*.* In most albinistic vertebrates, the production of melanin is so lacking, that the eyes appear pink, reflecting the coloring of red blood cells in the capillaries. This blue-eyed alligator I needed to see for myself to verify these wild claims of iris pigment on a white animal.

As usually happens with the animals we most want to see at the zoo, the white alligator was less than compliant with my curiosity. Her head was tucked beneath a log in her habitat, leaving only her milky skin for my juvenile inspection. The information placard next to her display, however, held the next piece of the puzzle: she was born with a recessive gene giving rise to her low pigment condition called, also called leucism.

In the years that followed my encounter with the white alligator, I became fascinated by all kinds of other animals. In fact, I quite nearly forgot about that blue-eyed crocodylian. That is, until I heard a story about the rare, endangered white lions of Africa. By this time, the Internet had conveniently entered my vocabulary, so I booted up our Packard Bell computer, logged onto AOL 2.0 via our only home phone line, and searched for more information on these ghostly felines.

Again, leucism was responsible. So, it appeared that more animals were affected by this condition than reptiles alone. Armed with the power of the Internet, I kept digging. I found peacocks displaying white sunbursts of feathers and pythons with creamy diamond patterns weaving down their bodies. I discovered lightly guilded bison and tuxedo penguins with tan coattails. Indeed, I found an entire world of pale-colored animals, residing somewhere between their pigmented counterparts and albinos.

Unlike in most cases of albinism, leucistic animals generally retain some essence of their normal pigmentation. Thus, while the leucistic python may appear "white," the normal diamond patterning persists in various creamy shades. And the irises of blue eyes, like the white alligator's, contain pigments -- just in very low quantities.

Recently, a series of beautiful photos of a white hummingbird were released on various internet news venues. You can find them here. So, take a look -- which genetic condition does this bird have, albinism or leucism?

Right. Albinism! This pale little hummingbird, captured in photographs feeding against a brilliant display of colored flowers, entirely lacks the ability to manufacture feather and iris pigment. Barely the size of an adult human's thumb, the miniscule ruby-throated hummingbird normally flaunts an emerald back and wing coat and a brilliant red throat coat. But not our little albino celebrity.

At last, the moral of our story is that first impressions may be deceptive. An alligator with leucism may appear *"*white" -- but compared with the albino hummingbird in recent press, the white alligator is actually not all that white, after all.

Want to witness some white animals on your own? The California Academy of Sciences has just the albino alligator for your fancy! His name is Claude. If he isn't enough, the San Francisco Zoo has American white pelicans and Chilean flamingos (whose feathers would be much less pink if it weren't for their diet!). Or just head outside and keep an eye out for a pair of cooing white morning doves.

Lastly, meet the largest white animal on Earth! This is Migaloo, a white humpback whale residing in the waters off eastern Australia.