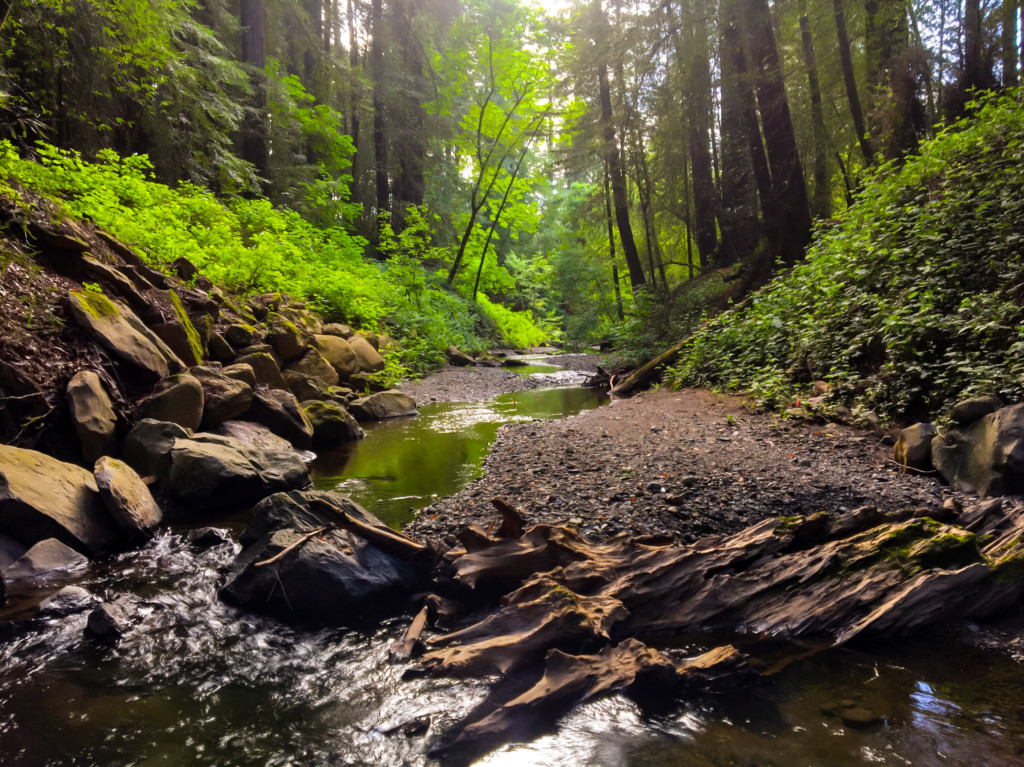 California’s salmon are no longer able to migrate to complete their lifecycle—and that is taking a toll on entire ecosystems.

Over the past decade, Californians’ increasing use of groundwater from wells in the Russian River basin for agricultural and domestic uses has negatively impacted the streams flowing out of the basin. During dry years, some streams are too shallow for some salmon to complete their annual migration from the Russian River to the ocean.

“If they can’t make that journey, they’ll perish in these streams,” said Brian Kastl, a doctoral student in UC Berkeley’s Department of Environmental Science, Policy, and Management (ESPM), who is studying how stream depth affects the state’s salmon.

Salmon who can’t migrate remain in freshwater, where they die before completing their full lifecycle. That threatens the existence of hundreds of species that rely on salmon as a main source of nutrients. Kastl, who is in the second year of his doctoral program, is studying how maintaining the right stream depth in tributaries to the Russian River can help reverse the decline in the state’s coho salmon populations.

Russian River coho, which can weigh up to 35 pounds, are recognizable by small spots on their backs and upper tail-fin lobe. The fish are native to California but also found in Alaska, Oregon, and Washington. Since 2005, they have been an endangered species along the Central California Coast.

“Stories describe indigenous people walking across streams on the backs of salmon because the salmon were so abundant,” said Kastl. “Now, even I—a researcher who regularly works in the streams—feel lucky to see an adult coho.”

Coho salmon can only complete their lifecycle by migrating to the ocean, where they fully mature into adults, thanks to the abundance of food in saltwater. The fish’s lifecycle begins in rivers, after they hatch from eggs. For the first three months, they reside in the nests where they’re born. They leave the nest as fry, which feed on small aquatic plants before they mature to the next stage, juvenile, where they measure about six inches and develop vertical markings on their bodies. A year after birth, they become smolt, with bigger scales, silver bodies and longer tails. As smolts, they start adapting to life in saltwater through osmoregulation, which controls water and salt concentration in their bodies. Smolts then travel to the ocean. After a year and a half in the ocean, they become adults. Their bodies then go through osmoregulation in reverse, this time to prepare for the return freshwater. Back in freshwater, the salmon spawn, releasing sperm and eggs on gravel beds.

But coho who cannot migrate from the stream to the ocean as smolts can neither mature nor spawn and, as a result, their population declines.

Kastl said one of the main factors contributing to the coho’s massive decline is human use of stream water during the spring and summer. In the spring, the fish migrate towards the ocean and in the summer, juvenile salmon must survive in small stream pools. Landowners, including residential users, farmers, and other growers with water rights, divert surface waters from streams, sometimes lowering the stream depths dramatically.

According to a 2017 report by UC Davis Center for Watershed Sciences and CalTrout, a non-profit working on conserving wild fish, 100,000 to 300,000 coho salmon spawned in the California North Coast every year in the 1940s. Today, less than 5,000 make their way back to rivers to spawn.

The same report estimates that 45 percent of salmon in California will go extinct over the next 50 years. The salmon’s extinction, in turn, would threaten the existence of 137 other species. Throughout their lifecycle, salmon are a main source of phosphorus for a variety of species. In saltwater, they are a prominent part of the diet of killer whales and several shark species, including salmon sharks. When the salmon return to freshwater, black bears, grizzly bears, otters, and wolves rely on them for nutrients. In a single season, one bear can pull up 500 to 700 salmon during the annual run. What the bears leave behind becomes food for gulls, ravens, crows, and insects.

“Throughout their life history, from juvenile to adult, they can be consumed,” said Andrew Kinziger, professor and chair of the Department of Fisheries Biology at Humboldt State University.

Salmon are a keystone species, which means they’re integral for the survival of the ecosystem as a whole. Without them, forests are also threatened. One of the main nutrients they provide trees is nitrogen, which is transferred by bears who bring the salmon carcass a few miles outside of the streams before the nutrients are released into the forests and help them thrive.

Studies of cores of large trees in California’s Central Valley have shown that the trees contain marine-derived nutrients that could only have come from the bodies of salmon, said Patrick Samuel, Bay Area manager of CalTrout and a co-author of the 2017 report.

“There’s no way the trees can grow that large without the influx of those nutrients,” he said.

Human-made dams in the valley, built for storage, flood protection, and hydropower generation, keep river and stream levels low, removing salmon from grizzly bear diets, and keeping the carcasses from reaching trees in the area.

As a result, said Samuel, trees are significantly smaller than the giant redwood and pine trees in Central Valley that are nourished by decaying salmon carcasses.

“The entire plant community in the forest depends on these salmon,” he said. “They pretty much help create the entire landscape.”

To help keep the fish flourishing, Kastl said that landowners, for example, could instead draw water from storage tanks during the salmon’s outmigration season, from rivers to the ocean, and thereby keep stream water sufficiently deep.

One landowner is already convinced.

During a dry spell of the 2018 outmigration season, a vineyard released water from an irrigation pond in Sonoma County on a tributary stream to the Russian River, in partnership with Kastl’s advisor, Ted Grantham, a cooperative extension specialist and professor in Berkeley’s Department of ESPM, and California Sea Grant, a collaboration between the National Oceanic and Atmospheric Administration and California universities and government agencies. The release, said Kastl, reconnected the stream to the river and saved the lives of more than 200 out-migrating smolt.

“They would have otherwise been trapped and likely perished,” he said.

Through his research on water depth, Kastl hopes to determine precisely how much water the fish need in order to complete their lifecycle during their outmigration.

He then aims to provide the data to landowners, agencies, and policymakers in the hopes that the information can be used to set limits on water use, so that stream and river depths don’t fall to levels that endanger the fish during the outmigration season. 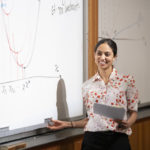 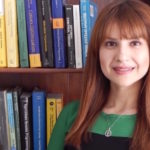 Deena Sabry is a student at the UC Berkeley Graduate School of Journalism reporting on the environment, minorities and communities of color.