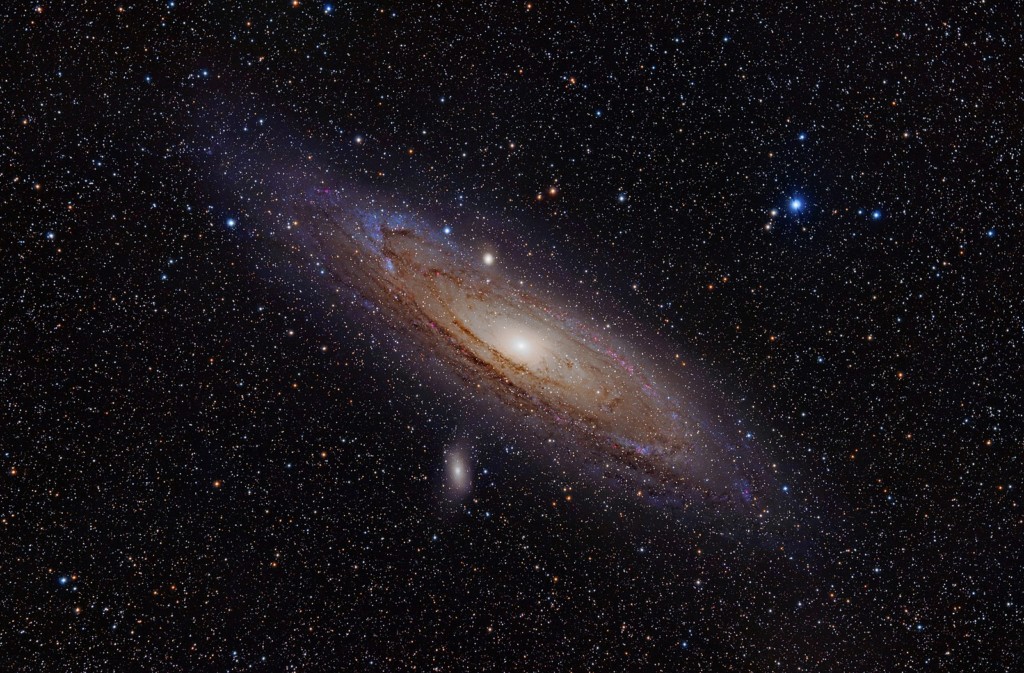 In 1938, a 10-year-old girl named Vera Rubin hated going to sleep. She’d shut off her lights and lean out the window until her parents admonished her to go to sleep. Even then, she’d lay in bed and look out her north-facing window. Vera would watch the stars, and if there was a meteor shower, she would memorize all their streaking paths so she could record them on a map the next day. Eventually, she built her first rudimentary telescope using a mail-order lens and a cardboard tube. “It never occurred to me that I couldn’t be an astronomer,” she said, despite the fact that astronomy was an entirely male-dominated field. So that’s exactly what she did. She became an astronomer.

After Vera got her PhD in astronomy, she would go on to sensitively measure the colors of light emitted from galaxies, which are huge collective neighborhoods of stars, like our home, the Milky Way. She expected to see that speeds of stars decrease with distance from the center of the galaxy when looking at gas orbiting in galaxies. In fact, that’s what everyone expected she would see. That was just how the incredibly well-established theory of gravity should work, given the amount of mass we could discern from the starlight flooding out of the galaxy. The confidence Vera had in that prediction helped motivate her to do this particular study, aimed largely at validating the instrumentation she and her colleague Kent Ford had built.

To explain the common expectation that stars’ orbits would slow the farther they were from the galactic center, let’s go on a brief tangent to understand the speed of orbital objects, which works the same in space as it does here on Earth. Imagine you have a heavy ball on a string and you want to send it into a circular orbit over your head, like a star orbits in a galaxy. You can get that ball to orbit only if you exert some force with your hand from the center. Once you have it spinning, you have to exert more force from the center if you want the ball to speed up. To slow your ball down, you exert less force. If the ball is closer to your hand, it spins faster than a ball farther from your hand with the same amount of force exerted. Now, imagine that heavy ball is a star, and the force that holds it in motion is neither the string nor your hand, but gravity. The force of gravity gets weaker as you move farther from its source, which can be a mass like the Sun in our own solar system, for example. That waning force means that objects that orbit farther away ought to move slower—and indeed, we see this in our own solar system. Earth orbits the Sun at a speed of about 18 miles per second, while more-distant Pluto (a moment of silence for Pluto’s planethood) orbits at a mere 5 miles per second. This reasoning is why Vera and essentially the entire astronomy community expected to see stars farther from the galactic center moving more slowly.

To test her hypothesis that the speeds of stars should decrease with their distance to the galactic center, Vera relied on the Doppler effect. The Doppler effect happens more familiarly with sound. Maybe you’ve heard a motorcycle coming towards you, blaring a chart-topping tune. As soon as the bike passes, the pitch of the song drops. That happens because you experience the wave scrunched together as the source of the sound wave approaches, therefore perceiving the pitch going up. As Figure 1 shows, the sound wave elongates as the motorcycle speeds away from you, and the pitch you hear drops. The same Doppler effect happens for light. Light, like sound, takes the form of a wave. If a light wave moves towards you, you see the wave scrunched and the light appears a little more blue. As the light wave moves away, the wave elongates and appears more red, seen in Figure 2.

Vera set her sights on the Andromeda galaxy—our cosmic neighbor a mere 2.5 million light years away—with her sensitive cameras that could pick up minute changes in color from the Doppler effect. She expected to see stars farther from the center of the Andromeda galaxy moving more slowly. When Vera’s data started coming in, however, she saw that the orbital speeds were not decreasing the farther she looked from Andromeda’s galactic center. Perplexed, she reflected. She had two assumptions in mind, and one had to be wrong if her findings were accurate. First, she thought she understood the force of gravity. A simple mathematical description of gravity had been handed down from Isaac Newton (though recently updated by Albert Einstein) and well-tested by countless others since. Second, she thought she knew how much gravity should be acting at every point within the galaxy based on how much starlight there was pouring out. Stars emit light in proportion to their mass, so we can essentially weigh a galaxy by seeing how bright it is—provided we also measure how far away it is. But which of these assumptions was wrong? To check her first assumption, she guessed that maybe there was some cosmic feedback mechanism to slow down stars orbiting too fast and to speed up those moving too slowly. However, she couldn’t find any evidence of such a speed-altering mechanism. So, she turned toward challenging her second assumption. Maybe there was a bunch of matter in the galaxy that she couldn’t see exerting extra gravitational force. That matter that she couldn’t see through the light emitted by the galaxy would be called, unsurprisingly, dark matter.

Though many credit Vera with “discovering dark matter,” these weren’t exactly the first observations to hint towards its effects, though they were definitely the most convincing and thorough to date. (To be precise, no one has yet to really “discover” dark matter. Physicists have only seen indirect effects that would be explained if there was extra matter there. A mountain of observations points to dark matter being the most consistent explanation connecting several lines of evidence, but no one has directly observed it.) Decades before Vera’s 1970 measurement, Fritz Zwicky was observing the speeds of entire galaxies orbiting each other in a dense cosmic city of galaxies called the Coma cluster. He also saw orbital speeds that were higher than expected, leading him to posit the existence of some dark matter exerting extra gravitational force. Fritz was a quirky fellow and his idea was largely written off by the astronomy community. Vera’s measurements, made on a single galaxy instead of a cluster, could provide much more detailed information about how this dark matter was actually distributed. When Vera eventually published her work in 1970 on the Andromeda galaxy, however, people didn’t believe her either. They thought the galaxies she measured were just too bright, which some critics believed might be confounding the findings. They wanted evidence on dimmer galaxies. Vera continued measuring, to the same result each time. Eventually the evidence piled up in her favor and the dark matter hypothesis gained traction.

Some theorists have tried to poke holes in Vera’s dark matter explanation, attacking that first assumption that we and Vera think we understand how gravity works. By modifying how gravity behaves (sometimes called Modified Gravity), they were able to describe Vera’s data of orbital speeds in galaxies. They could also describe how galaxies rotated about each other in galaxy clusters, describing observations like Zwicky’s. New extensions to these theories (Scalar Tensor Vector Gravity, for example) even claim to consistently account for related phenomena like gravitational lensing, where the distortions that mass imprints onto space itself deflect the paths of light rays passing through. Scientists have recently made several observations—for example of the speed of gravitational waves, undulations in space and time sent out when two hugely massive objects collide—which have ruled out a large swath of these alternate theories, though not all of them. Even still, there are lingering problems with these modifications to gravity, as they don’t appear to correctly account for how clumpy matter is in our universe (i.e. how big and how dense galaxies are, and how often galaxies occur).

So, most physicists buy Vera’s dark matter explanation for her data. But we still know so little about it. Despite decades of experimental effort, we physicists have yet to directly detect a dark matter particle. We can’t even answer basic questions about it. For instance, is it made of few heavy particles or many more very light particles? We don’t know. Is it a single new type of particle or a zoo of new particle species? We don’t know. Can we harvest energy from it? We’re not sure. Can we make a warp drive out of it? Who’s to say? If we were to get compelling answers to those questions, our searches would be more than worth the trouble. I think back to Vera Rubin in her childhood, recording the paths of shooting stars and wondering what answers she might discover from them. Whether we discover what dark matter truly is or rule it out for good, you can bet all of us watching and recording observations will be way too excited to go to sleep. 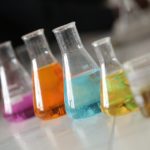 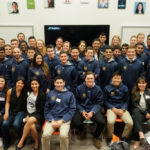 Eric is a PhD candidate in Physics at Berkeley, originally from Ohio and West Virginia. He exploits the quantum mechanical wave-particle duality of matter for precision measurements using a technique called atom interferometry. He tweets cool physics stuff @ecopenhaver and loves a good gif.