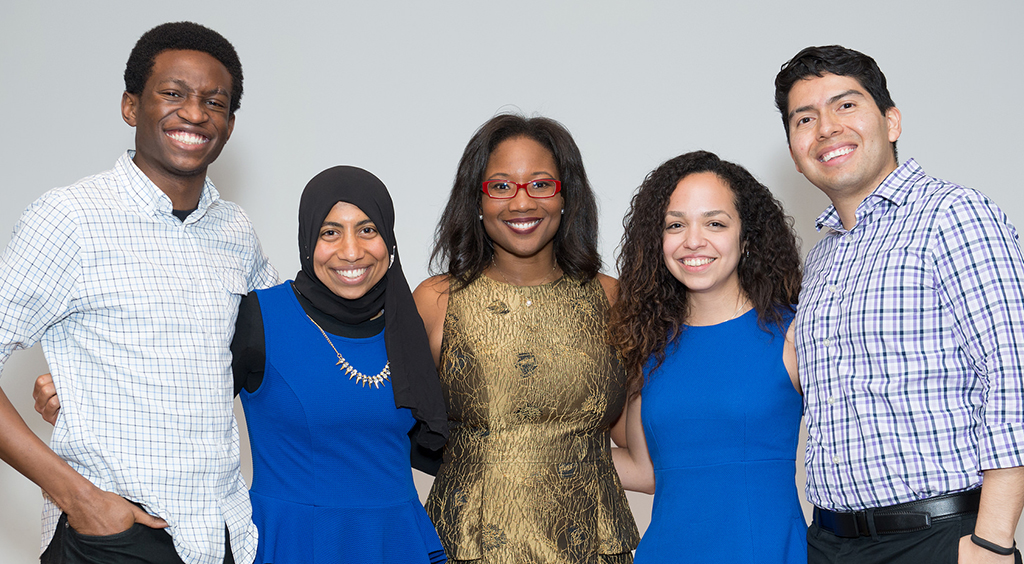 Dr. Talithia Williams, an associate professor of mathematics at Harvey Mudd College, spoke at UC Berkeley on February 6, 2018 to discuss bridging the racial, gender, and socioeconomic gap in STEM higher education. She opened this event, called STEMpowerment, by posing a question: who is Claudette Colvin? Claudette was arrested in 1955 for refusing to give up her seat on a bus when she was just 15 years old, nine months before Rosa Parks did the same. Since Rosa Parks’s famous refusal was the first step in a boycott planned by the National Association for the Advancement of Colored People (NAACP) as a part of the Civil Rights Movement, Claudette was overlooked and forgotten.

Hidden figures—influential people not typically discussed in classic history classes or discussions—permeate our history. Although today some of these people are revealed through movies and books (such as Claudette in Claudette Colvin: Twice Toward Justice and Katherine Johnson in the book and film Hidden Figures, there are still many unnamed people who have changed history without any recognition. Why are these people important? Why is it important to recognize the forgotten? Empowerment. Knowing that there were people who came before us, people who accomplished great feats in the face of adversity, is one form of empowerment. Knowing the history of people who look like us can encourage us to pursue dreams that we may have set aside otherwise. Knowing these people and what they did can strengthen us to move forward when times are tough. How many 15-year-old black girls could Claudette’s history have inspired if her story had been told sooner?

Diversity in science, technology, engineering, and mathematics (STEM) fields is an ongoing discussion, and many members of these fields agree that to increase diversity is to increase talent and innovation. Talithia discussed specific methods to empower underrepresented groups to join STEM fields (i.e. STEMpowerment); one way is encouragement from and communication with people who don’t look like us.

As an example of this encouragement, Talithia described the moment when her high school AP Calculus teacher—who was white and in his mid-50s—one day suggested that when (not if) she went to college, she should major in mathematics. Talithia assured us that she was not particularly gifted in calculus and was additionally astonished to receive this confirmation of her math skills from someone who looked nothing like her. For instance, if a math teacher who was female and black had encouraged Talithia to major in math, she might have written it off as an attempt to continue to increase diversity in the field rather than an exclamation of Talithia’s math skills. In reality, Talithia’s math teacher had nothing to gain by encouraging her and had no reason to affirm her other than sincere belief in her, which made the sentiment all the more powerful.

To increase someone’s confidence and improve their own expectations about what they can accomplish, it can help if a diverse set of mentors and peers have high expectations for them. Although it is important and powerful for young people to see diversity in STEM (to see women and men of different races, classes, etc.), it is empowering also to receive help from all types of people. Talithia went on to say that if you are a teacher, graduate student, or researcher, strive to encourage all types of students to pursue their STEM dreams, not just the students who look like you.

In addition to empowering a diverse group of students to pursue their dreams in STEM fields, there must be institutional changes in higher education to address the “leaks” that prevent the admission, enrollment, and retention of underrepresented students. One fundamental way to do this, argued Talithia, is for institutions to change their guidelines so that they measure what they claim to value. In order to encourage and retain diversity, universities should assess campus climate, collect data on students, and hold all levels of the institution accountable to address lack of diversity where it occurs.

An example of a student-led, institutionally supported program here at UC Berkeley is iMCB (inclusive Molecular & Cell Biology program), a group aimed at increasing support and inclusion for graduate students in the MCB program. iMCB includes a workshop series for graduate students, post-docs, and faculty members to improve understanding, awareness, and communication between students and faculty members and to celebrate and empower all students.

The UC Berkeley Chemistry Graduate Life Committee is another student-led initiative working on empowering a diverse department. The committee sent out a department-wide survey to assess the needs and concerns of graduate students, postdocs, and faculty regarding diversity and mental health. Students and faculty then met and discussed the survey results to discuss improvements for the future. iMCB and Chemistry Graduate Life Committee are two examples of groups assessing the campus climate and collecting data on students, as Talithia advised.

A specific solution to help address all the leaks (in admission, enrollment, and retention) is providing adequate financial aid to students who really need it. Underrepresented students, Talithia argued, often need more financial support, and universities should be able to grant them this support or provide resources for students to find financial aid opportunities.

For admitting a diverse class, it’s important to understand that certain underrepresented minorities are more likely to attend colleges that are close to their homes. Institutions should increase outreach to local communities. This outreach should come from a diverse group, including current students and faculty, some whom look like the prospective students and some who do not. A key part is having a diverse set of faculty members so students can see themselves in the faculty. Talithia described this goal as “creating an amazing department that looks like the world.”

Seeing the world’s diversity in STEM is not only important in your department’s faculty members but also in varied environments so children can see it everywhere—on television, billboards, and games where doctors, engineers or mathematicians are depicted. From a young age, children should see all cultures, races, genders, and sexual orientations reflected in these professions. In addition to media, Talithia discussed the importance of STEMpowerment beginning at home by teaching children the scientific method (hypotheses, evidence, conclusions, etc.). Parents can bring this way of working through questions into their home, while local universities and businesses can bring it into schools through K-12 outreach. Communicating to children as they grow up that STEM fields are open to all people will go a long way to increase their belief and confidence in themselves.

For discussing diversity, inclusion, and STEMpowerment, everyone needs to have a seat at the table; no one can be excluded. Traditionally-represented populations can be educated about the importance of a diverse set of STEM students and how best to facilitate their admission and retention. Underrepresented populations can continue to communicate their needs and point out where the pipeline fails. Together, we must have these conversations to increase and retain diversity in STEM. If Talithia’s AP Calculus teacher hadn’t encouraged her, where would she be now? Would she be achieving her goals, living for her passions, and contributing to higher education as she is currently doing? Who else might we be excluding without STEMpowerment? Let’s work on Talithia’s advice so that one day, we won’t have to ask ourselves these questions. 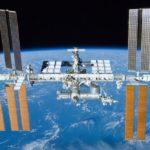 Genes are genes, whether on Earth or in space Previous
The difficulties of overlapping regulation for the energy... Next 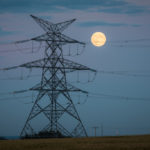