Starting in March 2015, astronaut Scott Kelly spent a year on the International Space Station, providing a unique opportunity to measure how human physiology is affected by extended time in space. He left behind on Earth an ideal control—his identical twin, Mark, also an astronaut. Results from extensive cognitive, immunological, metabolic, and genomic studies of the twins will be published later this year, but a recently released update was misinterpreted in a string of erroneous articles. Headlines proclaimed, “A Year in Space Changed 7% of This Astronaut’s DNA” and suggested that Scott and Mark are no longer identical twins.

This is definitely impossible. Considering that the DNA sequence of any two humans differs by only 0.1 percent, an organism whose DNA differs from Mark Kelly’s by 7 percent could not be human. The number of news stories propagating the false information shows that misconceptions about DNA are common, so it’s worth a full explanation.

To get an idea of how DNA works, it helps to think of my favorite cookbook, How to Cook Everything by Mark Bittman. The book is filled with recipes of all genres, and each one comes with adaptations and useful diagrams. At the back of the book, there’s a section of menu ideas that recommends which recipes to serve together for different types of meals, like a weekend breakfast or a summer picnic.

The human genome is like a volume of “How to Cook Everything Human,” containing every single instruction needed to build a human. The volume includes about 20,000 genes, each a recipe for a protein or other building block of the human body (like a Bittman recipe, a gene can specify how to build multiple variations on the protein). Just as a cookbook is composed of recipes plus surrounding text (like chapter introductions and page numbers), the genome is a string of genes and other DNA sequences, written in a chemical alphabet of As, Cs, Gs, and Ts. Every cell in our body cooks up—or expresses—some combination of the genes in the cookbook. Just as I choose a different selection of recipes for a summer picnic versus a weekend breakfast, a human muscle cell and a human neuron both read from the same cookbook but express a different combination of genes.

The incorrect headlines conflated changes in DNA sequence (the text of the cookbook) with changes in the way genes are expressed (the combination of recipes cooked up by cells in the astronaut’s body). These separate questions are important for humans who want to spend time in space, and the results of the Kelly twin study are adding to our understanding of both.

One portion of the study sequenced the full genomes from Scott and Mark’s cells to see how exposure to space changes DNA sequence, the text of the cookbook. Outside the protection of the earth’s atmosphere, astronauts are exposed to increased radiation, which can cause DNA damage and mutations. DNA damage, which leads to increased risk of cancer, has previously been detected in human cells grown in space and blood cells of astronauts. Scott Kelly’s is the first full genome sequence of an astronaut, while Mark’s genome provides a reference for the number of mutations that accumulate during the same amount of time in normal earth conditions. The researchers found hundreds of unique mutations in each twin, including some categories of mutations only present after space. Though the details of whether Scott’s cells accumulated more mutations in space than Mark’s did on Earth haven’t been published yet, hundreds of changes in a genome of billions of letters is closer to 0.00001 percent than 7 percent of Scott’s DNA.

One specific sequence change happened at the very end of Scott Kelly’s chromosomes. These regions, called telomeres, are made up not of genes but of many repeated copies of the same six-letter sequence. Telomeres function as protective caps on the end of chromosomes, and as cells age or experience stresses, some copies of the repeat are deleted and the telomeres become shorter. Scientists expected Scott’s telomeres to shorten in the space environment, but instead they lengthened, while Mark’s remained unchanged. Shortly after returning to the ground, the telomeres in Scott’s blood cells returned to their pre-flight length. The researchers are still investigating this surprising result, but one hypothesis is that Scott’s healthy diet and rigorous exercise routine on the space station are responsible for the telomere lengthening. Another portion of the study measured gene expression in blood cells. This is like checking in on what each twin is serving for Thanksgiving dinner. Maybe both have a turkey and a triple batch of mashed potatoes, but Mark has four apple pies while Scott has only two apple pies. Gene expression in our cells changes constantly in response to stimuli like drinking milk or getting sick. For example, when white blood cells of a particular type sense the presence of bacteria in the blood, the cells spring into action by increasing the expression of hundreds of genes. These activated genes enable the cells to engulf invading bacteria, cause inflammation, and summon other types of immune system cells to the scene of infection. Many gene expression changes are expected with the altered gravity, atmosphere, diet, and radiation in space.

Just as you can deduce that someone buying tissues and decongestant medicine has a cold, knowing which genes change expression gives a molecular readout of what type of stresses cells are responding to. For example, fish that lived on the International Space Station for two months showed increased expression of genes involved in cellular responses to DNA damage and oxygen-related stress. Similarly, Scott Kelly’s blood cells showed significant changes in expression of genes involved in responding to DNA damage and inadequate oxygen, as well as signatures of hyperactive immune activity, highlighting that these stresses are particularly prevalent on the space station.

Monitoring gene expression also helps illuminate the mechanisms behind the physiological changes known to happen in low gravity. For example, to uncover why muscle mass decreases in space, scientists previously compared gene expression in the calf muscles of mice that spent 12 days on a space shuttle to earth-bound mice. They found close to 300 genes with altered expression. Genes that signal muscle cells to proliferate and synthesize proteins had decreased expression in space, which helps explain why the muscles deteriorated rather than maintained their size. In another study, exposing ferrets to radiation resulted in longer blood clotting times, and this was traced to changes in the levels of certain blood clotting factors.

In Scott Kelly’s blood cells, expression changes were detected in genes involved in bone formation and blood clotting. Knowledge of the specific changes that trigger muscle atrophy, bone weakening, and slower blood clotting can be applied to predict how astronauts would fare on even longer missions and design coping strategies. More studies are still needed to understand the range of variation between different individuals.

After returning to Earth, most of Scott Kelly’s gene expression patterns returned to normal, but 7 percent of his genes continued to exhibit altered expression (this was the source of the headline misconceptions). This means that some changes triggered by his year in space persist even after the exposure ended. I look forward to the papers that will come out later this year with more complete results of the twin study. But, if you read anything about “space genes,” remember they’re all from the same human cookbook. Spending time in space changes the way our genes are expressed, but not our fundamental human makeup. 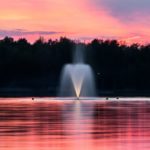 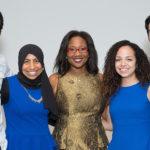