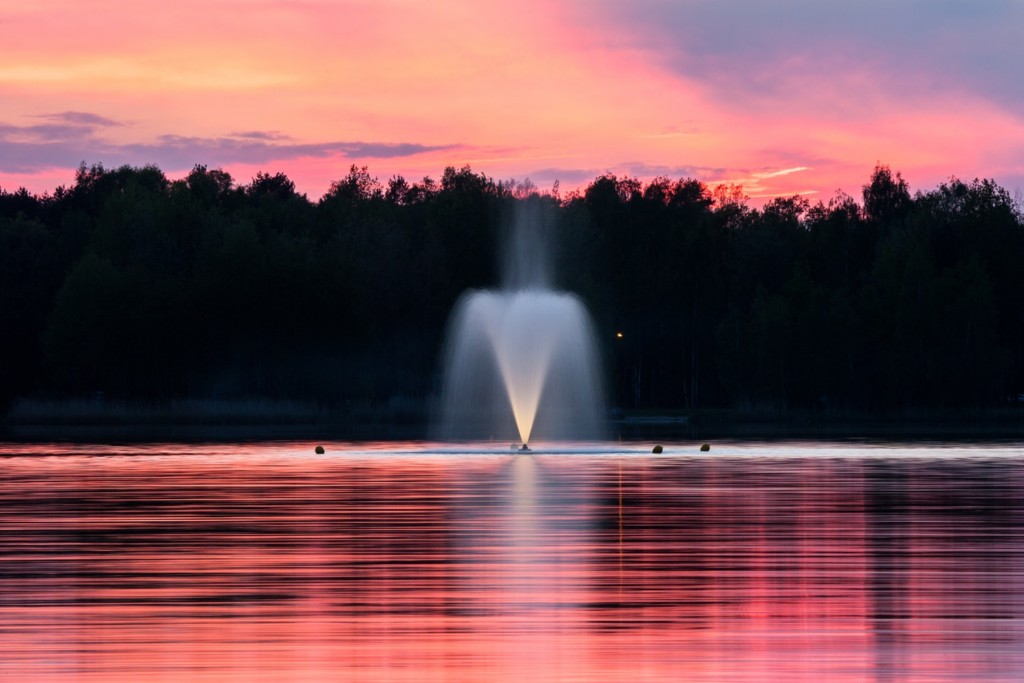 At the age of 36, Dr. Steve Chu’s average day of work consisted of firing a laser at vaporized sodium atoms. It was 1984, and he and his friend at Bell Labs, Dr. Leo Hollberg, had become interested in the possibility of using lasers to trap atoms. They suspected certain quantum properties would become more pronounced under these conditions — and really, they wanted to see if they could do it.

Building a setup for groundbreaking experiments like this often takes a team of physicists a few years. It took Chu and Hollberg less than one. By bombarding the sodium atoms from all directions with billions of photons — the tiny chunks of light energy that make up laser beams and all light — they could bring the atoms to a near halt. The technique works because photons carry momentum, meaning that when they collide with an atom, the atom gets a little backward kick and slows down.

The ideas needed to slow down atoms had been around for nearly a decade, but Chu, Hollberg and their team were the first to put them into practice. Demonstrating that lasers could slow and trap atoms earned Chu a spot on Stanford’s physics faculty only two years later, as well as a share of the 1997 Nobel Prize in Physics with Bill Phillips and Claude Cohen-Tannoudji. That Nobel Prize has proven to be well deserved. Their atom-slowing technique has hatched a whole new field of physics — one that just yielded a compelling result that may have important implications for one of the largest outstanding problems in all of physics.

Chu’s mission was to reach unmatched precision in measuring the interaction between a photon and an atom, which could reveal brand-new physics. Since photons are nuggets of electromagnetic energy, the impulse an atom gets from a photon kick depends on the strength of the electromagnetic force. In the physics lexicon, the parameter that describes that strength is called the fine-structure constant, or α. The electromagnetic force is pervasive — it holds together the atoms in your body and everywhere in the universe, for example — so you can measure its strength in more ways than one. If different methods of measuring that strength, α, give different answers, it might be the first sign of new elementary particles we have yet to discover.

Since α describes how strongly light kicks an atom, you can imagine you need to be able to see the separation between kicked and unkicked atoms in order to measure it. This is why you would need to nearly stop the atoms before measuring α. If you did the experiment with a whole cloud of atoms at once, the cloud would balloon outward according to its temperature — at higher temperatures, the cloud would balloon outward faster. If the cloud of atoms is so warm that the ballooning effect expands the cloud faster than the kick from a photon separates the kicked and unkicked atoms, you won’t be able to tell them apart.

The idea to measure α by looking at atoms kicked and unkicked by photons requires really slow atoms; otherwise, the atoms would fly apart faster due to their thermal energy than from the kick by that single photon — you couldn’t tell where the kicked atoms are versus those that are unkicked. Chu, now equipped with really slow atoms, started to measure that photon kick and α very precisely, but one little problem stood in the way: he would soon head off to Washington to serve as the US Secretary of Energy.

Enter Dr. Holger Müller, then a sprightly postdoctoral researcher in Chu’s lab. He had just finished a PhD program at Humboldt University in Berlin, where he had been trying to determine whether the way light bounces between cryogenically cooled mirrors signalled tiny violations of Einstein’s Theory of Relativity (spoiler: it didn’t). So Müller, whose raison d’être had become prodding for small effects from fundamental physics with precision measurements, was well-trained in the art of precise experiments and ready to carry on Chu’s push for a more exact value of α.

Chu and Müller’s technique of measuring α, called atom interferometry, exploits the fact that atoms are like little clocks, keeping their own internal time. An atom’s clock ticks faster when it moves faster, so if an atom is slowed to a halt, its clock stands still. If the atom is then kicked by a photon, its internal clock ticks a bit faster as it recoils from the blow. How fast the atom recoils from a photon — and how much faster its clock ticks — depends on the strength of a photon, so measuring the difference between how far the atom’s clock advances with the photon kick compared to without it constitutes a measurement of α.

Comparing those two clocks directly requires the atoms to exist in a unfamiliar state: each atom needs to hold information about how much its clock would advance both with the recoil energy and without it, keeping time as if it had been kicked and as if it had not. The atom has to both recoil from a photon kick and sit still, existing in a dual condition called a state of quantum superposition — the same type of state that characterized Schrӧdinger’s famous half-dead cat.

The experiment to measure how hard a photon kicks an atom requires a jungle of cables and a maze of laser paths and optics. The vacuum chamber where the atoms are tossed upward looms in the background, covered in foil and reaching toward the ceiling. Photo by Eric Copenhaver.

To observe this state, Müller and his team take pictures of the atoms at the end of multiple runs of the experiment. When they compare the pictures from each run, the atoms appear in different places each time: sometimes most show up on the recoiling trajectory, sometimes most up on the stationary trajectory, and the rest of the time, some show up in one and the rest show up in the other. This oscillation between the two final positions can only be understood if the atom had felt the effects of exploring both trajectories at once, allowing the difference between the kicked and unkicked clocks to be measured directly.

Müller’s goal was to increase the sensitivity of the measurement technique, which Chu had demonstrated the promise of in a first iteration of the experiment. One way to increase the sensitivity is to simply increase how long the atoms’ internal clocks tick. The first step is to perform the experiment in a vacuum chamber with all the air removed — otherwise rogue air molecules could whack into the atoms and destroy the delicate state of superposition. Even in vacuum, gravity drags the atoms down, eventually causing them to smash into the chamber’s walls, also destroying the superposition. To increase their hangtime, Müller continued using a trick from Chu’s playbook by tossing them up in a vertical tube called an atomic fountain—aptly named because the atoms’ paths look just like a morning glory fountain. Müller’s postdoctoral work with Chu improved the experiment’s sensitivity further by kicking the atoms with more photons so that the atoms’ two clocks would differ even more. After being hired as a professor at UC Berkeley’s Department of Physics, Müller’s group built a new experimental setup with a few new capabilities, including the ability to accelerate the atoms after the initial photon kick, thus increasing the difference in the atoms’ clocks even more.

The lasers to kick and accelerate the atoms need to operate at very high power. Weicheng Zhong, a coauthor on the paper, aligns the lasers often. Photo by Dr. Richard Parker, lead author of the paper.

After nearly 15 years of tedious work toward perfecting this experimental setup to measure how hard photons kick atoms, Müller’s lab has finally published the most precise value of α yet: 1/137.035999046 (plus or minus 1/0.000000027). This measurement — which Müller can recite exuberantly from memory—is three times more precise than the measurement that held the previous record using the same method. But this achievement wasn’t made just for the sake of breaking the record — nailing down α so precisely could provide insight into exotic physics.

That’s because there’s another way to measure α, and if the values obtained using each method differ, it could be due to the existence of a new particle not included in the Standard Model, which is physicists’ catalogue of all known particles and how they interact with each other. “If we understand physics, [the two measurements] should agree. But we don’t understand physics,” jokes Dr. Richard Parker—a postdoctoral researcher in Müller’s lab—only partly in jest. The other method is to measure how strongly a magnetic field affects a single electron, a specialty of Professor Gerald Gabrielse’s group, now at Northwestern University. In fact, a measurement by their group — then at Harvard University — held the record for precision prior to the Müller group’s publication.

After arduous experimental effort and scrutinizing a zoo of tiny effects that might perturb the measurement, the Müller measurement of α weighs in lower than the Gabrielse measurement. So do we have proof that dark axial vector bosons exist? It’s not quite so simple. That’s a question of statistics and precision. Müller’s measurement is low enough compared to Gabrielse’s that they can claim, with about 99% confidence, that the data are inconsistent with a universe that contains only the theorized dark vector boson.** Although their data might imply the existence of it, they cannot conclusively say the universe contains only the theorized dark axial vector boson.

So these results don’t go quite far enough to prove the existence of a new particle, the dark axial vector boson. The momentous claim of proof would require even more precise measurements. Müller and his team have pushed their apparatus to its precision limit, so they are breaking ground on an improved experimental setup with new features, including a bigger laser beam. Gabrielse, too, is working on a more precise measurement.

This may seem an anticlimactic conclusion to a project decades in the making, but the story is far from complete. Record-breaking measurements aside, these researchers have achieved something critical: their results are interesting and important enough to motivate more experiments in the same spirit. It’s possible that any discrepancy between the measurements will fade as each group puts in more work for better precision. Then again, history may remember these experimental results as the smoking gun that led to the discovery of a new particle.

* Note that the calculations that determine which direction of discrepancy implies which particle exists actually assume that only one of the two particles exists. We could also conceivably live in a universe where both particles exist, a situation that would confound our interpretation of the results.

** For the statistically minded reader, this is 2.5 σ, not as conclusive as the Large Hadron Collider’s famous 99.99994% confidence, or 5 σ, they require to claim a discovery.

Note: The author is a PhD student in the Müller Lab but is not directly involved in the reported work.

Photos of the Müller lab by Eric Copenhaver and Dr. Richard Parker

Why No One Remembers History’s Scientist Pope Previous
Genes are genes, whether on Earth or in space Next

Eric is a PhD candidate in Physics at Berkeley, originally from Ohio and West Virginia. He exploits the quantum mechanical wave-particle duality of matter for precision measurements using a technique called atom interferometry. He tweets cool physics stuff @ecopenhaver and loves a good gif.