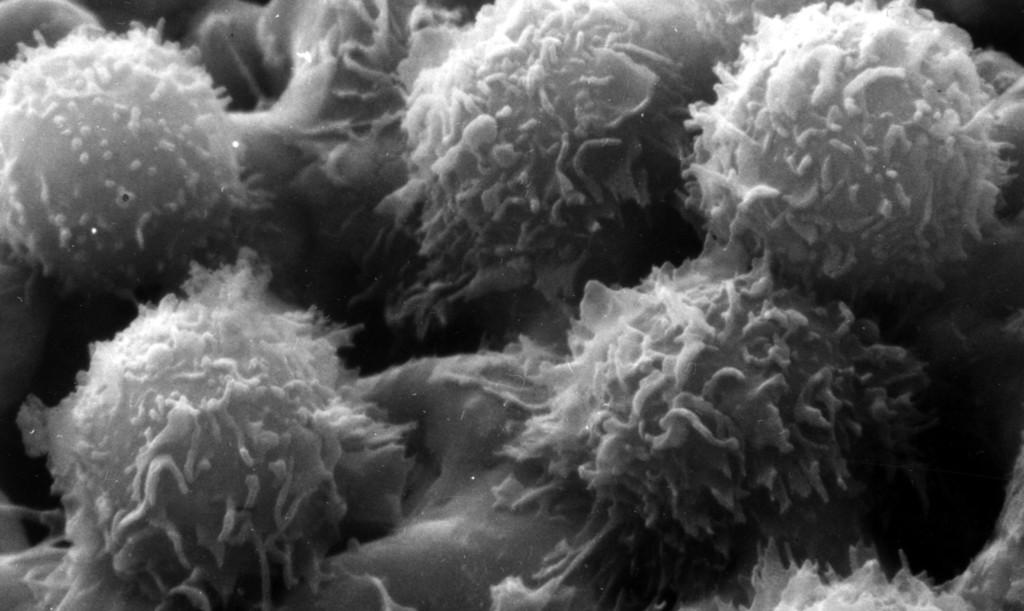 It’s 2018, and we’re on the cusp of a revolution—a revolution in biotechnology, that is. Advances in genome editing that allow scientists to make highly specific changes to DNA sequences, propelled most recently by CRISPR technology, have brought the possibility of treating or preventing stubborn genetic diseases and cancer within reach. With a little genomic snipping here and a little enzymatic cut and paste there, in the near future we may have the power to remove defective versions of our genes and replace them with functioning ones. Although genome editing technology has scarcely left the laboratory, it’s already raising tough ethical questions reminiscent of 20th century sci-fi: what are the potential uses for this technology and what limits should we place on it?

Researchers are already working on genome editing methods that treat diseases in adults and children by altering a patient’s own cells. One approach is to remove cells from a patient, edit the genomes of these cells in the lab, and then reintroduce them to the patient’s body; this method is used in treatment of leukemia, for example. It’s also possible to introduce the agents for genome editing directly into a patient’s body, although this method poses challenges in targeting the editing agents to the right genes or cells without affecting unintended targets. However, a potential benefit would be the ability to treat diseases affecting cells that cannot be removed and reintroduced, such as Huntington’s disease. If these methods to treat disease work, they could enable a patient’s immune cells to target their cancer or allow cells in a patient’s body to produce a functional version of a protein they wouldn’t otherwise make.

While the benefits (and potential side effects) of these methods would only affect individual patients, other treatments could have far-reaching consequences. Certain genetic diseases can best be treated by making genetic modifications early in embryonic development. This type of treatment can ensure that the body develops according to the correct genetic instructions and that all or most cells in the body will carry the modified genes. However, since the modifications will then be carried by the patient’s sperm or eggs (known as the germline), they would be passed on to the patient’s descendants. With this potential to affect the genomes of thousands or millions of people in the future, the use of germline genome editing merits careful consideration.

What’s more, this tool may grant the power to alter genes affecting traits that aren’t related to disease. How will we decide where to draw the line and who gets to make those decisions? It may be acceptable to correct a defect that causes Huntington’s disease, but what about genes that control height, athleticism, or intelligence? To discuss questions like these, experts from around the world gathered at the International Summit on Human Gene Editing in 2015. After this summit, the members of the organizing committee concluded that genome editing can currently be used, with appropriate regulations, for basic and preclinical research as well as clinical use that will only affect individual patients. However, they also concluded that clinical germline genome editing would be irresponsible right now—there is no current regulatory framework for it, and its safety and efficacy have yet to be demonstrated.

Genome editing technology also brings up fresh concerns about genetic discrimination. With an expanded ability to correct genetic defects, it’s possible that those who don’t have access to therapeutic genome editing technology or choose not to use it could be labelled as “genetically inferior” and granted lower status than those who were “edited.” This evokes troubling memories of the history of eugenics in the United States, in which federal and state governments promoted sterilization of people deemed genetically unfit. How will we ensure that the status of a person’s genome won’t be used against them? The United States already has a law that prohibits genetic discrimination by health insurance providers and employers, but the law doesn’t cover all possible cases of genetic discrimination. As therapeutic genome editing becomes more widespread and our understanding of the relationship between genetics and health expands, it will be up to us to ensure that our elected officials create laws that protect us from discrimination based on our genetics.

Although we might think that genomic editing and its associated genetic discrimination are in the distant future, we’re just starting to see this technology put to real-world use. The FDA recently approved a treatment for aggressive leukemia that edits a patient’s own white blood cells to weaponize them against cancer cells. Doctors in Oakland, along with Sangamo Therapeutics, are testing a treatment for Hunter syndrome that involves editing a patient’s genome in liver cells to produce the correct version of a metabolic protein that isn’t made in untreated patients—the first instance of modifying DNA in a living human. Additionally, researchers successfully edited the genomes of human embryos in 2017, which is the first step towards clinical germline genome editing. However, the FDA is currently forbidden by the US Congress to approve clinical trials on editing genomes at that stage of development, so this breakthrough serves as a proof of concept for now.

As the benefits of genome editing move closer to reality, the inherent risks will need even closer scrutiny. The conclusions from the International Summit on Human Gene Editing state that, “The international community should strive to establish norms concerning acceptable uses of human germline editing and to harmonize regulations, in order to discourage unacceptable activities while advancing human health and welfare.” They also include a proposal for an international forum to discuss standards for genome editing as part of an ongoing process so humanity as a whole can decide how to use this technology—and ensure that we use the power of genome editing responsibly.

Berkeley Science Review: Coming to a corner near you Previous
High Seas Raise All Fears Next

Jo is a PhD student in molecular and cell biology, studying how signaling pathways coordinate to control tissue growth. She is also the former Art Director for the Berkeley Science Review, and she writes at jobairzin.com. You can follow her on Twitter at @josephine__q