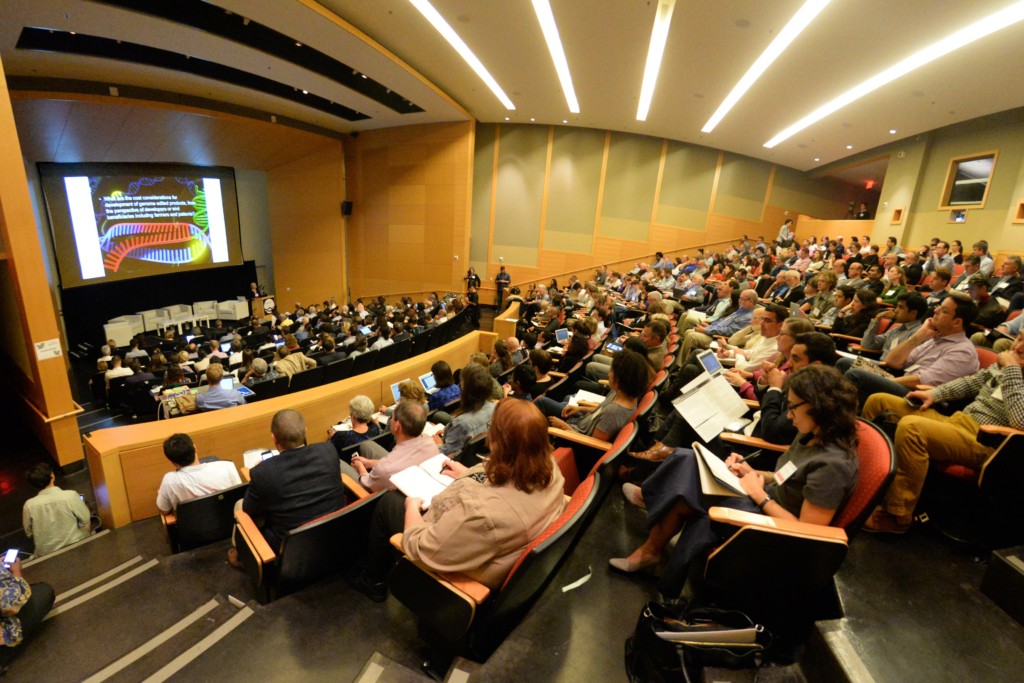 It’s not every day that a scientific conference hosts a panel discussion including a futurist, a director of a non-governmental organization, a pastor, an environmentalist, and a pig farmer—but CRISPRcon wasn’t your typical science conference. In place of presentations about the latest scientific papers and a wall of posters, CRISPRcon provided a platform for a broader public discussion about the of impact of CRISPR technology—which allows people to edit genomes—on science, society, and the future.

The event took place on August 16th and 17th at UC Berkeley, filling the Stanley Hall auditorium with several hundred diverse participants. Academics were only a small part of the crowd: a large chunk of the attendees came from the food and agriculture sector, the biotech industry, non-governmental organizations, and the media. “We all have a stake in this—whether we know it or not,” emphasized conference moderator Michael Krasny, Professor of English at San Francisco State University and host of the KQED radio show FORUM. CRISPR is quickly becoming a household name. UC Berkeley’s own CRISPR pioneer Jennifer Doudna opened CRISPRcon with a talk on how to take the debate about gene editing “from the lab to the living room”. In 2012 Doudna and colleagues published a seminal paper that outlined how the CRISPR-Cas9 system can be programmed for precise gene editing. Based on the Doudna Lab’s work and that of a handful of other CRISPR pioneers, researchers in many disciplines of biology have been moving at a breakneck speed to apply CRISPR technology to all kinds of organisms. “I’ve never seen science move at the pace it’s moving right now,” Doudna said during her talk, “which means we can’t put off these conversations.”

Just during the week leading up to CRISPRcon, a paper published in Nature described using CRISPR-Cas9 gene editing to correct a disease-causing mutation in human embryos. The paper was the first to provide a complete protocol for gene editing in viable embryos and seemed to solve the problem of off-target effects and other concerns. Although considerable controversy about the validity of the results followed, the paper’s publication itself highlights the fact that the technology has reached a point at which this is even plausible. Editing out disease-causing or undesirable genes, or, more controversially, introducing genes for human enhancement, understandably came up several times during the conference—especially in the context of fairness of access.

In some ways, CRISPRcon echoed the legendary Asilomar Conference in 1975, which was organized to draw up guidelines for the use of the then newly developed recombinant DNA technology and discuss its possible hazards. In February of this year, the National Academy of Sciences released a report containing the first guidelines for the use of CRISPR-Cas9-based genome editing, suggesting several criteria that should be met before clinical trials involving sperm, egg, or embryo editing may be allowed.

One factor behind the quick application of CRISPR technology is its relative ease and low cost of use—indeed, a recurring topic at the conference was the “democratization” of the technique. Many of the panelists hoped that the lower barrier of entry will make CRISPR accessible to many. And CRISPRcon took this issue of democratization and fairness of use as an opportunity to invite a diversity of voices to discuss the implication of applying CRISPR-Cas9-based gene editing to human health care, food and agriculture, and conservation.

This diversity of voices was undeniably the strongest aspect of the conference. CRISPRcon gave a platform to indigenous and minority community leaders, who have often been left out of science and policy debates. Pastor Michael McBride urged listeners to expand the conversation of ethics beyond just the field itself and include marginalized communities so they can reap the benefits of these advancements. “If you’re not at the table, you’re on the menu,” he said, pointing to several examples in the past when communities of color were unethically mistreated by research and medical authorities (as in the Tuskegee syphilis experiments and the case of Henrietta Lacks). “We need to have a radical ethic that is tracking at the same pace as the radical imagination of science,” he concluded.

Aroha Te Pareake Mead, a member of the Maori tribes of Aotearoa, New Zealand, stressed that a slower approach to making ethical decisions may be needed to assess the risks and benefits of new technologies like genome editing. She pointed out that her culture views change through a lens of environment, culture, and history, thereby taking in many parts of a complex web to appraise how new developments will fit in. This approach can clash not only with today’s quick pace of scientific progress, but also with the sense that we are running out of time to do something about extinctions as well as destruction of wildlife and the environment. The severe bleaching of the Great Barrier Reef was brought up as an example by the panel on environment and conservation. As a possible solution, it is now conceivable to use CRISPR technology to introduce genes that would render coral more resistant to higher water temperatures.

Indeed, a central dilemma facing science and society is that humanity is on the cusp of huge technological advancement, while the ethical discussions may lag behind. “Science focuses on the ‘can’ question, while society asks the ‘should’ question,” Roxi Beck, Consumer Engagement Director at the Center for Food Integrity, pointed out.

Moreover, says Jim Thomas, Programme Director at the Action Group on Erosion, Technology and Concentration, “Powerful technology introduced into an unequal society can exacerbate these inequalities.” Indeed, not everyone had the same level of optimism about the democratization of CRISPR. Andrea Conti, one of the lone scientists on the panels, whose research group was the first to develop the provocative gene drive technology, was more skeptical than others about the accessibility of the tool. It will still require a lot of money to utilize it on a big scale, Conti pointed out, given that treatment of a rare genetic disorder with today’s technology costs on average $300,000 per patient. “CRISPR is a technological game changer. Whether it will be a social game changer, I’m not so sure.”

Given the public’s wariness of the sci-fi-sounding scientific advancements that CRISPR offers, like genetically engineered crops—or even babies—it is crucial to not only educate but also to listen to people’s concerns and earn their trust. “Talk about these issues in school—but make sure it is in all schools,” said Carla L. Easter, Chief of the Education and Community Involvement Branch of NIH. Besides lack of education, what drives the mistrust that scientists often run into when interacting with the public? Ting Wu, a Harvard professor and leader of the Personal Genetics Education Project, interacts with diverse communities to promote public awareness and dialog about personal genetics. She noted that the public view of scientists is often “you come; you take; you never come back”. The solution is to not leave people out of the conversation in the first place, she emphasized.

CRISPR is only at the cusp of being applied outside research labs. It has not yet been used clinically or in food production—although it now seems inevitable. CRISPRcon provided an early, constructive step to include public discussion as part of this progress. Although the discussion mostly concerned thus-far abstract topics, one can hope that conversations like this will lead to more inclusion in the future and promote ethical and fair access to CRISPR-based technologies to a broad society.

Videos of many talks and panel discussion are now available for streaming on the CRISPRcon website (http://crisprcon.org) 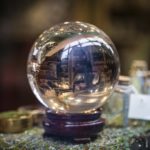 Superforecasting: The Art and Science of Prediction (Book... Previous
Scientists wield gene editing with CRISPR in the fight... Next 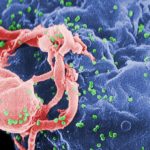