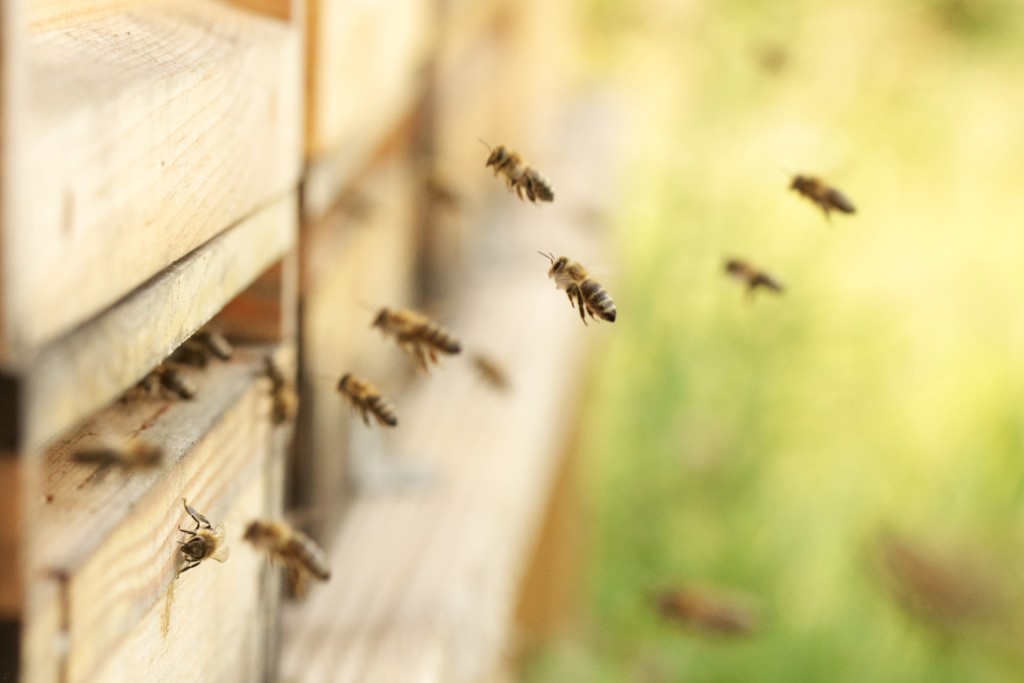 The story of bees is a complicated one. It’s not simply about the decline and disappearance of bee species we’re seeing today; it’s a story about the way people value the natural world and the organisms in it. It’s a story about economics, the industrialization of nature, biodiversity, and the interconnectedness of life. The moral of the story is that in order to live mutually with species like the honey bee, we must treat them with more respect and care; otherwise, the bees—and the benefits we get from them—will be forever lost.

When and why do we care about certain species? All too frequently, we care only when they benefit us in some way. This is the case with bees.

A third of our food wouldn’t exist without the pollinating power of bees. Bees pollinate at least 70 different types of crops—plus many of our beautiful flowering plants—and each honey bee hive can produce 25–60 pounds of honey each season. The annual value of honey bees to American agriculture is about $14 billion.

But contrary to popular belief, pollination of food-producing plants doesn’t just require honey bees—in fact, honey bees have been shown to increase crop yields by only 14%. In fact, there are about 4,000 wild bee species native to different regions in North America that contribute to pollination and don’t live in a hive with a colony, sting, or produce honey.

A Science article explained that in comparison to honey bees alone, introducing these wild species to a crop field doubled fruit pollination efficiency. So why do beekeepers only raise honey bees? Why don’t we try to encourage other bee populations to pollinate? The answer: economics, control, and apathy.

In terms of economics, farmers pay beekeepers for their bees to pollinate, which increases their farming outputs and profits. Honey bees are the first-choice pollinator because beekeepers can make a profit by selling honey in addition to being paid to pollinate.

Regarding control, since farmers rely on honey bees and since, in turn, the beekeepers are paid for efficient bee workers, beekeepers have found ways to domesticate honey bees to be more predictable and profitable. Controlling this type of bee is made easier because they live in a hive community. Increasing profitability of bees includes trucking hives thousands of miles to the fields they will pollinate. Migratory beekeepers transport millions of hives across the West and Midwest of the United States to fields as the food-bearing plants and trees are beginning to flower.

Finally, regarding apathy: how many people really care that there are 4,000 species of pollinating bees—especially if these bees only pollinate flowers? Sure, different species of bees can pollinate some crops, but they are more challenging to control, round up, and transport. How can wild hive-less bees pollinate the specific fields of crops we want when we want them to? Society often fits creatures into molds that seem to suit our needs, and not the animals’. This poor treatment can lead to elimination of species we think we don’t need, like wild bees—and the paradoxical destruction of species that we do value, like honey bees.

As a result of economics, control, and apathy, honey beekeeping has become an efficient, money-making industry at the expense of the bees’—and perhaps our own—health. When you think about beekeepers raising honey bees, do you think of feedlots? Antibiotics? Drug dependence? Semi-trucks for transporting the bees? A living situation for the bees reminiscent of our current meat industry? You should, because this is what the majority of the beekeeping industry in North America, Europe, and China has turned into.

Humans treat honey bees as if we don’t depend on them for so much. If we want to continue to benefit from mutualistic species, we must value them as fellow inhabitants of this world and not as something to take advantage of.

Honey bee health is being negatively affected by many factors, including pests and diseases, crop pesticides and fungicides, antibiotic-dependence, travel-induced stress, and the poor-quality food (sugar water) bee farmers feed the hives after removing their honey. These honey bees are so unhealthy, in fact, that they are dying by the thousands, earning themselves a place on the endangered species list.

Similar to the way bacteria and fungi live on and in humans to help us digest food and perform bodily functions, honey bees have a positive microbial community, forming a small ecosystem within a hive. Using some pesticides and antibiotics can destroy these bacteria and disrupt the delicate hive ecosystem, potentially making the bees even more susceptible to disease.

Pesticides sprayed on the crops and trees the bees pollinate add to the list of chemicals that make it onto the bees. For example, almond trees are often sprayed with a fungicide to keep fungi from growing on and hurting the trees. The bees can be coated with these chemicals and, in addition to being harmed themselves, they can transport these chemicals back to the hives and into their honey—which we eat.

Finally, humans disrupt the natural lives of bees by transporting them thousands of miles in semi-trucks. Migratory beekeepers travel to where the orchards are: for example, some start in California in the winter and early spring and work their way to North Dakota in the summer.

During transit, bees are closed in their hive boxes, loaded on the truck, and cannot leave for approximately 48 hours. This process stresses the bees, sometimes resulting in the death of hundreds per hive. In addition, since the bees cannot leave their boxes, they cannot properly dispose of their waste—that is, they excrete waste in the same place they produce honey.

Knowing all of these facts, it can seem like the current state of bees in the Western world is depressing. However, there is hope in restoring the honey bees to a healthy and natural state, thanks to work being done in Australia.

The European honey bee was brought to Australia about 190 years ago. These bees are not plagued with mites or harmful bacteria as they are in the United States and Europe, and they can thrive without human intervention.

The University of Western Australia has a research group looking into bees’ immune system. They study the genetics of their honey bees and work to maintain a strong genetic pool. Maybe in future decades, the Westernized bees can return back to a strong, independent, and healthy state with the help and guidance of Australian beekeepers and scientists. We can follow their example and learn to respect and admire this incredible species.

In the meantime, what can we do now to improve the lives of honey bees? Research your honey. Ideally, buy honey that has been produced from bees that pollinate organic crops—crops without synthetic pesticides. If you can’t find it, check if the pesticides used contain any components from this list of harmful agents. Additionally, some farmers use “natural” pesticides, but some of the ingredients are still toxic. For example, boric acid, copper, and sulfur are all natural, but they are known to harm bees.

Buy locally made honey from beekeepers you know. Talk to your beekeepers about what they feed their bees and whether they use antibiotics on their bees. Support the economy of a harmful-chemical-free bee.

If we drive the honey bee to extinction, what species will be next? We must be grateful for the work bees do for us and thank them by raising them in a sustainable, healthy way so we can live together in mutual benefit.

Finally, in addition to honey bees, what can we do to improve the biodiversity of all wild bees? Plant flowers instead of grass. Hang some flowers from window boxes. Forget mowing the lawn! Let your yard go a little wild and give the bees some pollen and love. Remember that these wild bees often don’t sting and aren’t dangerous. On the contrary, they will help make our world a little brighter and much more fruitful by their diversity and powerful pollinating. 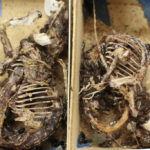 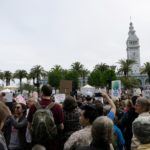