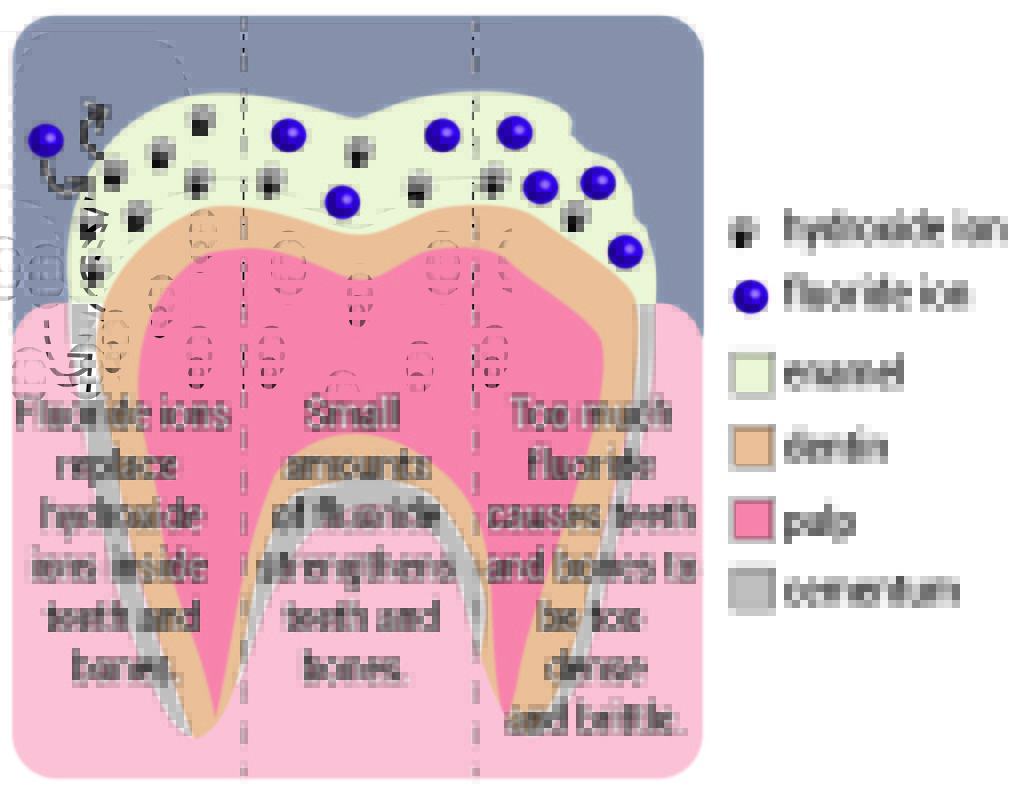 Americans really care about our teeth—that’s why our water utilities add small concentrations of fluoride to our water to prevent tooth decay.

Fluoride, as may be familiar to you, is often an ingredient in mouthwashes that dentists give you after a teeth cleaning or toothpastes you can buy at the store. Fluoride is part of a salt that forms when the element fluorine combines with minerals in the ground and, in small doses dissolved in water, it strengthens the enamel on our teeth.

But fluoride use isn’t without risk. A serious negative health effect called skeletal fluorosis can result from consuming too much fluoride, and this possibility is causing some confusion and controversy about when it is appropriate to add fluoride to water.

A simple Google search reveals a variety of strong opinions on water fluoridation—some assure us of fluoride’s safety in small doses, while others argue that the risk of illness isn’t worth fluoridating drinking water. It’s up to us to educate ourselves on when and how fluoride will affect our bodies in varying doses, and to understand that fluoridation is safe in low concentrations.

Most know that bones and teeth are primarily made out of calcium; for this reason, we are told to drink lots of milk growing up. The specific calcium compound is called hydroxyapatite (HA) and is composed of calcium, phosphate, and hydroxide ions (OH). HA makes up between 60 and 70% of our bone mass.

Fluoride is similar to OH in that they both have a charge of negative one. As a result, when HA is in the presence of fluoride, the fluoride can actually replace the OH, creating a slightly different version of HA. Instead of the formula Ca5(PO4)3OH, the HA is transformed to Ca5(PO4)3F, called FHA.

FHA is harder and tougher, which is why, in small doses, it can strengthen bones and teeth. However, when there is a lot of fluoride present, converting more of the HA into FHA, the bones get harder, gain more mass and, consequently, become more brittle. As concentrations increase, symptoms can include pain in bones in joints, calcification of spinal ligaments, paralysis, and deformation of the spine and joints. These symptoms characterize the condition known as skeletal fluorosis.

Since fluoride is naturally occurring in the earth, it is found in groundwater around the world. Unfortunately, many places naturally have fluoride concentrations greater than 1.5 mg/L, causing fluorosis after prolonged and repeated exposure. These areas include parts of Asia, North and eastern Africa, the western United States, and southern South America. The negative health effects are exacerbated in regions where a hot or humid climate encourages people to drink lots of water (Africa) or when heavy tea drinking is a cultural norm (Asia).

In the United States, the Environmental Protection Agency (EPA) does not require fluoridation of drinking water. The Center for Disease Control and Prevention (CDC) has given a recommended fluoride concentration of 0.7-1.2 mg/L for the prevention of tooth decay. In order to prevent fluoride concentrations getting too high, the EPA has set an enforceable maximum limit of 4.0 mg/L of fluoride in drinking water. The EPA’s secondary fluoride standard, which is not enforceable but recommended, is 2.0 mg/L of fluoride. Fluoridation of drinking water has been studied for approximately 70 years and many water services in America choose to follow the CDC’s recommendation of adding fluoride to prevent tooth decay. In areas where concentrations are naturally too high, there are treatment technologies able to physically remove the fluoride.

Technologies able to remove fluoride have been studied for a few decades. Mostly, the technologies use membrane techniques (using a membrane with small enough pores to remove the larger fluoride particles) or adsorption techniques (inducing adhesion between the fluoride and some sort of surface).

However, not all countries have the water treatment infrastructure that the United States has, making the implementation of membrane techniques such as reverse osmosis or nanofiltration challenging. For this reason, there are research efforts underway to removal fluoride in developing countries using adsorption, which is simple and inexpensive.

Adsorption involves adding an element such as iron oxide, alumina, or silica to induce an adherence of fluoride onto these particles. Some studies have even tested adsorption of fluoride to bone char or ground up cattle bones. The same process that turns our bones brittle (the HA turning into FHA) induces the removal of the fluoride in the water. None of these fluoride removal methods are perfect—adsorption techniques often do not achieve a fluoride concentration less than or equal to 1.5 mg/L.

Fluorosis is a heavily studied problem, being a hot-topic in both drinking water treatment and in human health research. So, hopefully, a more perfect fluoride removal technique will be soon found and implemented in the developing regions of the world that need it most.

In the meantime, this chandler dentist suggests that, we must understand that the simple presence of fluoride in our drinking water will not cause skeletal fluorosis. Repeated exposure to high concentrations over long periods of time will lead to severe negative health effects, and that necessitates fluoride removal in some parts of the world. However, in the rest of the world, where fluoride levels are within safe limits, fluorosis is not a risk. Where fluoride levels are naturally low, adding a little extra isn’t dangerous—and our smiles will thank us for it. 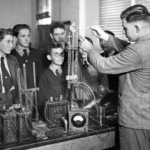 Science education: More than just the facts Previous
Four Species at Risk from Climate Change Next 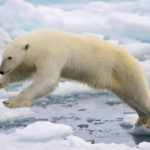