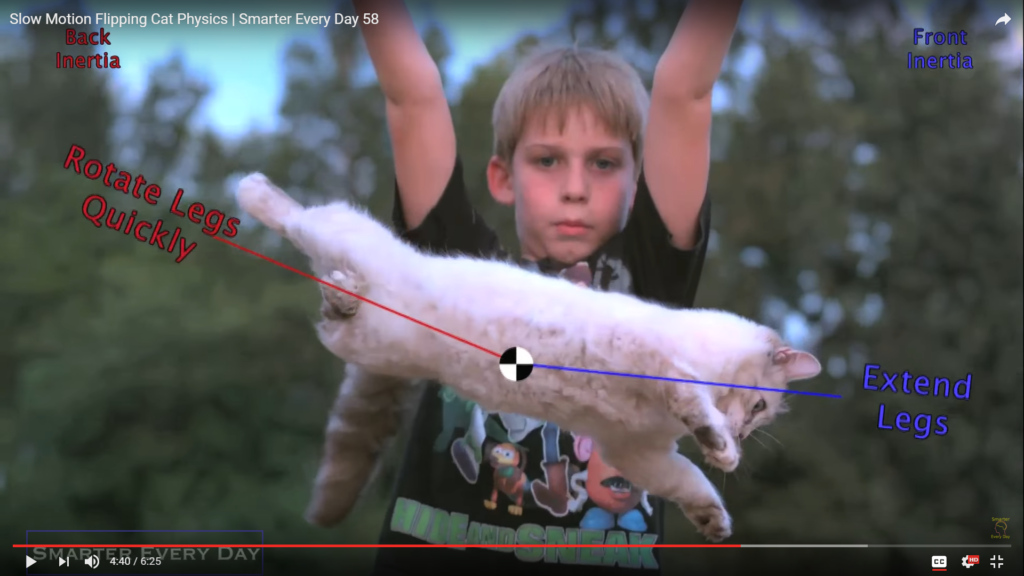 To commemorate the ending of the year (and all the “free time” over the holidays, when I will be away from lab), I have decided to make a ranked list of my favorite science, technology, engineering, and math (STEM) Youtube channels and podcasts. If you have any favorites that I missed, please let me know in the comments so I can binge watch/listen over break! Have a happy and joyous 2017!

Please click on the links below to explore, watch, listen, and learn:

1.) SmarterEveryDay (created by Destin Sandlin), with over 200 videos, is the best science/engineering channel I’ve found on Youtube, and is my favorite. The video that hooked me to the channel was his collaboration with Veritasium (ranked fourth on this list) showing how the Coriolis effect causes draining water to swirl in different directions in different hemispheres.

I really enjoy his high-speed videos, such as his work on a shattering Prince Rupert’s Drop, the archer’s paradox, how our eyes work, and an analysis of why dry spaghetti always snaps into more than two pieces, a question that stumped renowned physicist Richard Feynman. He also investigates awesome things that people usually ignore in everyday life, like the walking water mystery (also explored by Veritasium) and how honey coils. If you’re looking for something serious, there is his public service announcement on the very real dangers of priapism (content warning: this video made me feel very uncomfortable).

2.) Vi Hart (created by Victoria Hart) is an amazing math/music channel that is quirky and fun and explores many buildable and drawable math concepts. I mean, who doesn’t love hexaflexagons? If you haven’t heard about hexaflexagons and want to make some, you can get instructions here (you should). They are also delicious. If you want something more conventional, check out Vi’s video on spirals, Vi’s video on music history, theory, and art, or check out the next channel.

3.) Vsauce (created by Michael Stevens) is as serious and focused as Vi Hart’s channel is whimsical and full of levity. His videos are generally longer (plan 10 to 20 minutes or more per episode), which allow for him to very clearly set up and address the topics he’s interested in a detailed, philosophical, and systematic manner (his videos cover all of STEM). I was drawn to his channel by his video on the Banach-Tarski paradox, which blew my mind. He has in-depth explorations of what it means to interact with Mars, the scientific method in regards to a flat earth, and many, many others.

4.) Veritasium (created by Derek Muller) has a lot of engaging and sometimes philosophical videos on topics such as how we perceive time, whether silence can make people crazy, and the world’s roundest object. His videos are about 10 minutes or less and are readily accessible to a lay audience, so if you haven’t watched much STEM content on Youtube, it’s a great place to start.

5.) Periodic Videos (created by Brady Haran) is a charming chemistry channel that features University of Nottingham’s Professor Sir Martyn Poliakoff, who is perhaps the most delightful person in the world, and has a lot of great demonstrations like exploding hydrogen bubbles, tossing charcoal into liquid oxygen … you get the picture. I enjoy it because I’m a chemist and I like slow motion videos of people putting cesium in water, especially if it is followed up by a slow motion video of rubidium exploding in water. Boom!

6.) Numberphile (also created by Brady Haran, and featuring many mathematicians) is perhaps a more conventional math channel than Vi Hart’s, and explains lots of cool math principles, from encryption to Hollywood math puzzles, how to win at dots and boxes, Euclid’s big problem, and beautiful mathematical phenomena like moire patterns and, of course, prime numbers.

1.) The Infinite Monkey Cage is a British panel-style talk show on BBC Radio 4 hosted by Brian Cox, a charismatic physicist who had a cameo appearance in a Doctor Who episode, and comedian Robin Ince. They explore a different math and/or scientific concept each episode. I had a wonderful evening in San Francisco at a recording of their show on the possibility of extraterrestrial life. For first-time listeners, I would recommend starting either with their show on forensic science (who knew just how important batology, the study of brambles, is for criminal justice?) or their episode on space tourism (with guest panelist actor Brian Blessed). If you want to get into the holiday spirit, listen to their Christmas specials on The Science of Christmas Behavior or The Science of Christmas (both with guest panelist Mark Gatiss, who writes for and acts in Doctor Who and Sherlock).

2.) Radiolab is a science/history NPR podcast hosted by Jad Abumrad and Robert Krulwich. Many of their great early episodes revolve around stories contributed by late neurologist Oliver Sacks, such as an episode about Face Blindness, and one for his 80th birthday, Happy Birthday Good Dr. Sacks. Other engrossing episodes are From Tree to Shining Tree and the one covering the debate over whether it would be beneficial or not to cause the extinction of mosquitoes. If you try it and find you really love it, they have a one hour and 40 minute episode on endings, such as an in depth exploration of the impact the killed the dinosaurs, from their stage tour Apocalyptical. I saw it live in Oakland, and it’s a fun show.

As you can tell, I need more STEM podcasts (I also listen to non-STEM podcasts This American Life, More Perfect, and The Moth, all of which I highly recommend). Let me know in the comments!

Disability no barrier to science