The (Im)permanence of Memory 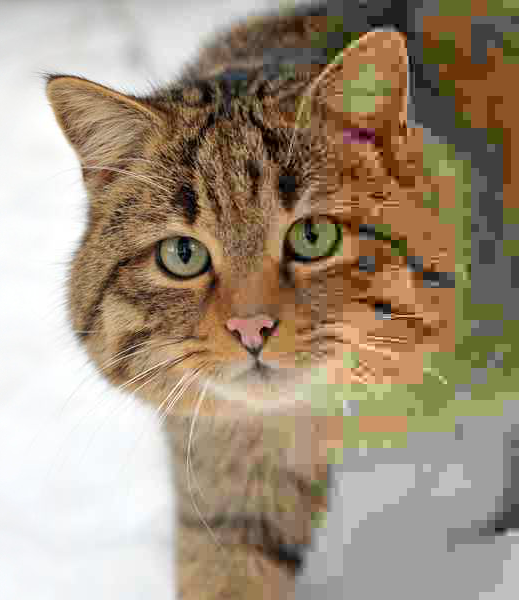 “Memories are one-way communication with the future.”

When you first start learning about physics, you’re taught a great deal of things concerning objects at rest and in motion—balls and springs, wheels and pulleys. You learn equations and techniques for accurately describing how these simple systems evolve in time.

A bit later, you probably will learn that all of these equations, while true in a theoretical sense, can be difficult to apply in practice, and that they often must be approximated when describing objects in the real world—for the world is noisy, and balls are not perfectly spherical, nor are surfaces perfectly frictionless.

If you take even more courses, you eventually run into thermodynamics, and with it all the associated nihilistic corollaries of the Second Law—that the disorder of the universe grows over time, ever increasing until some far off heat death dominated by a warm soup of absolute chaos.

This coarse-grained narrative arc of a physics education—starting from clean, theoretical first principles, moving towards gritty experimental practicalities, and finally ending in the disorder and the unpredictability of the real world—leaves little room for permanence. An object in motion remains in motion, until it is inevitably deflected by the hammer of entropy.

Naive application of the Second Law would seem to imply a complete lack of permanence, but this clearly isn’t the case. Planets have stable orbits, and stars have shone for billions of years. But we’re after something more subtle than persistence. What does entropy have to say about information?

Think for a moment about how you would store information for a very long time in a retrievable way.

You could just try memorizing it. Some research seems to indicate the human brain has an impressive upper limit to its memory, but this limit doesn’t seem like a very realistic estimate of what could be passed via oral tradition. And human oral tradition has been shown to be pretty lossy over a ~2,000 year timescale.

You could write it on a sheet of paper. This would work for quite a while, but it depends quite a bit on the paper and how you store it. Ultimately, this gives a range of decades to centuries of reliable retrieval, assuming, of course, that you don’t lose the paper. Simple exposure to the air eventually degrades the paper, and if it’s left exposed to the sun, it will bleach—just like old road signs.

You could store it on a hard drive, but hard drives are only good for a couple of decades of use. The magnetic disks that store the information become riddled with errors over time, and the data becomes hopelessly garbled. Try watching a VHS tape from the nineties, and you’ll have a good idea of what happens to a hard drive.

If you happen to know a biochemist, you might try encoding the information in DNA, but this only lasts about 500 years. With enough redundancy and some clever tricks, you can extend this significantly longer (to a million or so years), but it requires storage at -18 °C. If simply storing information is hard, I imagine operating a refrigerator for DNA storage for a million years is harder. The best tricks available at near room temperature only get you about 2000 years.

The common thread here is that, while we have methods of storing information—methods that in some cases work for a significant length of time—many of these methods are fragile. Books crumble. Hard drives corrupt. Refrigerators lose power. Humans die. Is this some deep truth of the universe—that reliable information storage is forbidden by some generalized Second Law of Information Thermodynamics?

More directly: we lose information because it gets destroyed in a way that makes it impossible to retrieve. But we actually know a tremendous amount about how to fix corrupted information. I’ve spent the bulk of my PhD studying these methods, and they span the mundane—literally making a bunch of copies of something and periodically checking that the copies agree—to the profoundly opaque—encoding information in exotic, self-correcting phases of matter.

If our game is to store information for as long as possible, it doesn’t seem to be in the spirit of the competition to allow someone to come along and check to see if errors have occurred every once in awhile. So let’s restrict ourselves to a simpler, harder problem. How would you store information for a very long time in a retrievable way that doesn’t require any active monitoring? This means no electricity—no periodic checks—just a lump of stuff sitting at room temperature.

While you ruminate on that, let’s talk about plate tectonics.

I was surprised to learn that we didn’t actually have a coherent theory of the motion of the continents until around the late 1950s/early 1960s. What finally seemed to convince everyone was the theory of seafloor spreading developed by Harry Hess, John Vine, and Lawrence Morley. All this theory proposed was that continents rested on plates, and when these plates moved, new magma would bubble up and fill in any fractures that developed as the plates pulled apart. It sounds obvious in hindsight, but this theory had the neat prediction that rock closer to a continental boundary should be younger than rock farther away from that boundary.

A nice conspiracy of facts made this extremely easy to test: (1) Earth has a large magnetic field, (2) magma is magnetic, and (3) Earth’s magnetic field happens to flip its direction every million years or so. Thus, as the magma that floods the gaps between plates cools, it’s polarized by the magnetic field of the earth, and crystallizes in whichever direction that happened to be at the time. Once it’s cool, it remains locked in that direction, even as it slides further from the continental boundary.

So if you jump into a submarine and stick your magnetometer into the ground along the ridge formed by the magma, you see something astonishing:

Not only do you see alternating stripes of north- and south-oriented magnetic domains, but these stripes are also symmetric about the continental boundary—if you travel east or west from the ridge, you see the same pattern of stripes. Further, these alternating stripes encode the orientation of the earth’s magnetic field over a timescale lasting millions of years.

You may have anticipated the punchline from the earlier discussion of hard drives, because this is essentially how they store information as well. Exactly the same physics governs their stability as governs the longevity of the pattern of north and south-polarized stripes—the 0s and 1s of oceanic ridges. Hard drives just happen to be more fragile because they’re designed for fast reading and writing, not longevity. The wear and tear of usage means they break after 5 to 10 years. But so long as permanent magnets don’t get too hot (800 °C or so), and aren’t exposed to a larger, more powerful magnet, they really do keep their orientation over geological timescales. They’re called “permanent” for a reason.

This reveals something of a corollary for the opening discussion on entropy and the Second Law. While the universe has this tendency towards disorder and impermanence, nature nonetheless conspires to allow memories to exist. In fact, there’s nothing in the laws of physics that prevents information from being stored for billions of years in this way, perhaps on some magnetic tablet locked in a bunker deep underground.

We’d just have to remember we put it there.

The (Im)permanence of Memory