The Aliens are Coming (to a Theater Near You)! 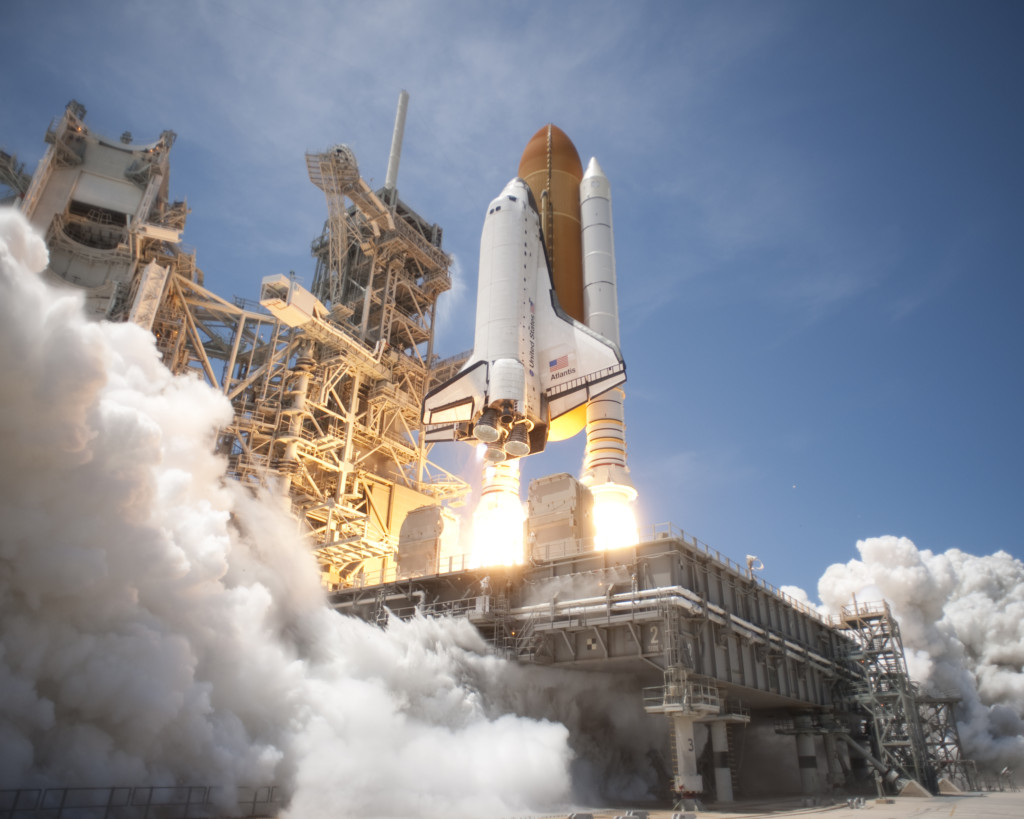 As Independence Day: Resurgence forebodingly approaches our local movie theaters, thoughts about aliens have probed the depths of my mind. I wanted to know what the chances of being contacted by extraterrestrial life were, so I did some snooping on the internet (and in person), but not in the places you might think. (This post explicitly eschews so-called ‘conspiracy theorists’. Their arguments are predicated on blurry photographs and assertions about exactly how incompetent our ancestors were at building things and how little math they knew, and have been dealt with in detail here and here.) Let’s look at the claims of actual astronauts, SETI directors, and even presidents who either believe in UFOs or are cautiously optimistic of life beyond earth. These people, at least, have some credibility.

Earlier this year, I went to a plenary session at UC Berkeley for the Clinton Global Initiative University, where President Bill Clinton sat down with five panelists, including Cady Coleman, a NASA astronaut. President Clinton is well known among alien enthusiasts for his interest in Roswell and extraterrestrials in general.  The first question out of the President’s mouth was, “So let’s start with something fun. Cady, are we alone in the universe?” (The question starts at 56:00 in the video.) He later went back to this point when he questioned her (at 1:24:00):

Cady, I want to follow up on the question I only half-jokingly asked you, about whether we’re alone in the universe. […] Because technology has allowed us to see outside our solar system, and we know that […] planets have been identified beyond our solar system that seem to be far enough away from their sun, and close enough and alike enough in texture to our planet, that the possibility exists that life might exist there or once have existed there.

Astronaut Coleman did not explicitly comment on extraterrestrial life after repeated questioning (presumably to preserve her dignity), but did discuss the great spirit of exploration and the drive to discover. If the president, who had access to top secret information from 1993 to 2000, has to ask astronaut Coleman about her opinion as to whether extraterrestrial life exists or not, that strongly suggests that there were no aliens or alien spacecraft at Roswell in 1947 (it was, in fact, a downed weather balloon). But presidents are politicians, not scientists.

So what do scientists who professionally search for aliens think about our chances of making contact? Last year, I went to San Francisco for a taping of my favorite podcast, The Infinite Monkey Cage, hosted by British physicist Brian Cox and comedian Robin Ince (the episode is The Infinite Monkey Cage USA Tour: San Francisco). One of their guests was Seth Shostak, the director of Search for Extraterrestrial Intelligence (SETI). Dr. Shostak came off sounding mildly defensive about the failures of SETI to find extraterrestrial intelligence thus far. He joked about there being no money in radio astronomy (a hint at SETI’s intermittent funding troubles). Furthermore, he pointed out that looking for intelligent life is a numbers game; while some planets may very well have some form of bacterial or unicellular life (there is no evidence for this yet), the chances that any of those planets would also have intelligent life that can send or receive interstellar messages is quite slim. Even if they can receive the message there can still be problems. Dr. Shostak feels that the longer the message the better; if aliens miss the first 90% of a short, compressed message, they’d have to send back a message saying, ‘could you please repeat that?’ and wait up to a few hundred years for a reply. What I found most interesting is that the search for extraterrestrials follows Moore’s Law, implying that SETI will be able to probe a few million planets using improved radio telescope technology by 2040 or 2050, drastically increasing our chances of finding intelligent life if it is indeed nearby, or exists at all.

Space is vast and there are many objects in it. We don’t know what all of them are; nor do we know what 95% of our universe is made of (hence dark matter and dark energy). There may be aliens out there, but there is no definitive proof that they have visited earth or that they are even intelligent. What is clear is that no money is being invested in space related programs: we shut down our space shuttle program in 2011, SETI relies on funding from generous donors, and the NASA budget is less than half of one percent of US spending. If we seriously thought aliens were coming, we would probably spend a little more.

But the rub to minuscule spending is that if we ever do come in contact with aliens, it will be them who come to visit us, just like in Independence Day. Enjoy the movie, it may be a harbinger of things to come!

Read Issue 30 of the BSR on your tablet! Previous
You really might want to take a look at neural networks Next

The Aliens are Coming (to a Theater Near You)!