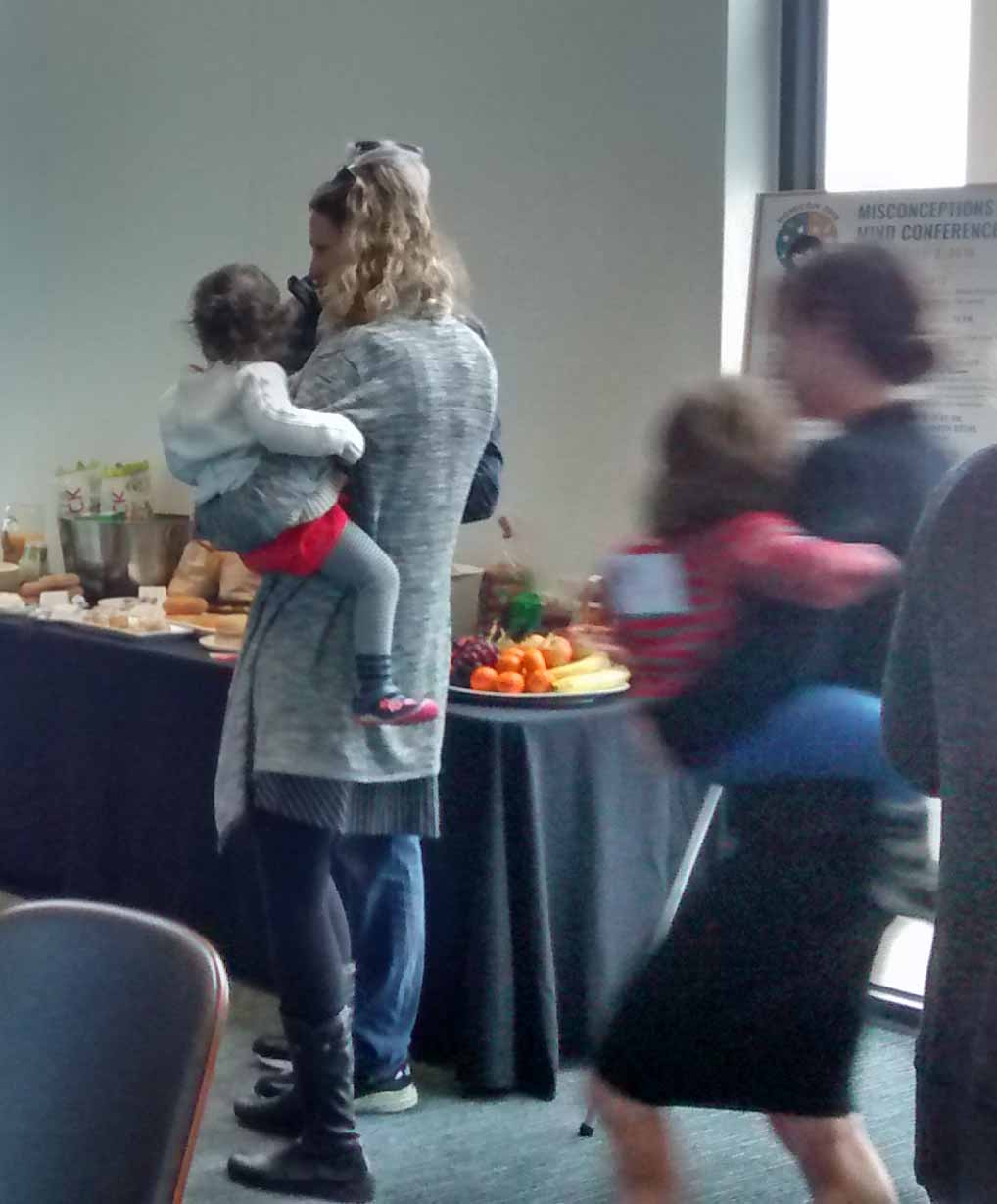 The coffee break spread was like nothing I’ve ever seen at a science conference. Interspersed between the bagels, croissants, coffee and tea were goldfish crackers, fresh raspberries, and juice boxes. My husband, shifting our toddler son to his other arm, eyed the gluten-free mini muffins, orange juice and yogurt pouches. He asked me, “Can the adults eat this stuff?” I stuck a few raspberries on the tips of my fingers and said, “Why not?” I felt like a kid in a candy store.

Really though, I was a mother at MoMiCon, a conference on psychology held on April 3rd, 2016 at UC Berkeley. Organized by Berkeley Professor Tania Lombrozo alongside Professor June Gruber of University of Colorado, Boulder, the conference featured pioneering researchers speaking on Misconceptions of the Mind, including research talks misconceptions about teenagers, parenting, racism, and human nature.

Pioneering researchers, all of them women, with the majority currently raising young children. Some of the conference grub was for kids! Photo: Anna Vlasits

True experimental psychologists, Lombrozo and Gruber created a research conference that was also an experiment in family-friendly practices. They were motivated by their own experiences of exclusion from academic conferences during the period of early motherhood.

At the beginning of MoMiCon, Lombrozo and Gruber showed photos of themselves nursing their infants in hotel bathrooms. They also described the difficulties of paying for a nanny or partner to travel along and provide care for their infants so they could attend conferences with harrying schedules going long into the night.

As a graduate student parent, I have experienced these difficulties as well. Earlier this year, I spoke at the Advanced Imaging Methods Workshop at UC Berkeley. For me, the appeal of this conference was that it was local, so I wouldn’t have to travel away from my one-year-old and could be home to nurse him as was our practice at the time. But when my talk was scheduled to take place at 6:30PM, I had to quickly begin weaning my son. For the conference, I needed to be away from him during the crucial bedtime hours, something I had not done up to that point. And there was no easy way for me to pump without missing the other speakers in my session. A PhD student in the audience asks a question. Photo: Saray Ayala and Nadya Vasilyeva

Under this kind of pressure, some women might have canceled their attendance at the meeting. It’s not a criticism of this meeting in particular – most academic conferences are like this. But these opportunities are crucial to young scientists’ exposure within their fields. They are important for getting notice by grant reviewers, journal editors, and faculty at top institutions. When confronted with this difficulty, I made it happen.

Conversely, MoMiCon was designed with new mothers in mind. In addition to the family-friendly snack spread, a music activity was arranged for children in the morning. The conference was held in the stroller-accessible Berkeley Social Science Matrix, with a space for children to play, eat, and rest with their caretakers. Limited to the hours of 8:30AM-4:30PM, sessions were punctuated by 30 minute breaks to allow for breastfeeding and pumping. An adequate lactation room and fridge were provided. Lastly, the entire conference was filmed and put online for parents—and anyone—who couldn’t make it in person. This one-year-old has questions too…           Photo: Saray Ayala and Nadya Vasilyeva

Most of the speakers brought small family members along. During breaks between sessions, the parents, reunited with their children, chatted with one another their children’s latest illnesses, most recent milestones, and issues young parents face in academic science.

These topics bled into the fabric of the academic talks as well: Professor Alison Gopnik, speaking about modern approaches to parenting, apologized for her sore throat, contracted from a grandchild. Several psychologists spoke about the milestones, skills, and cognitive abilities of children. And during a talk by Professor Mary-Ann Mason, the room took on a town-hall-style atmosphere as people spoke out about how to make academic science more inclusive of women and parents.

“We don’t pretend to have figured out the best way to do this, and we didn’t really succeed in accomplishing everything we would have liked,” Lombrozo says. At the same time, as she wrote on her recent blog post at NPR, “Our goal was much more modest: to model what’s possible for most conferences most of the time—some small changes with potentially big payoffs.”

Big payoffs, indeed—I spent my Sunday at an academic conference. At the same time, I spent a good amount of time with my family, didn’t have to make any major sacrifices, and wasn’t insane by the end of the day. 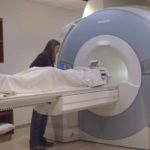 Consciousness is a Scientific Problem Previous
Issue 30 is here! Next 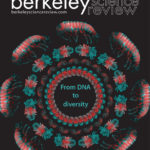