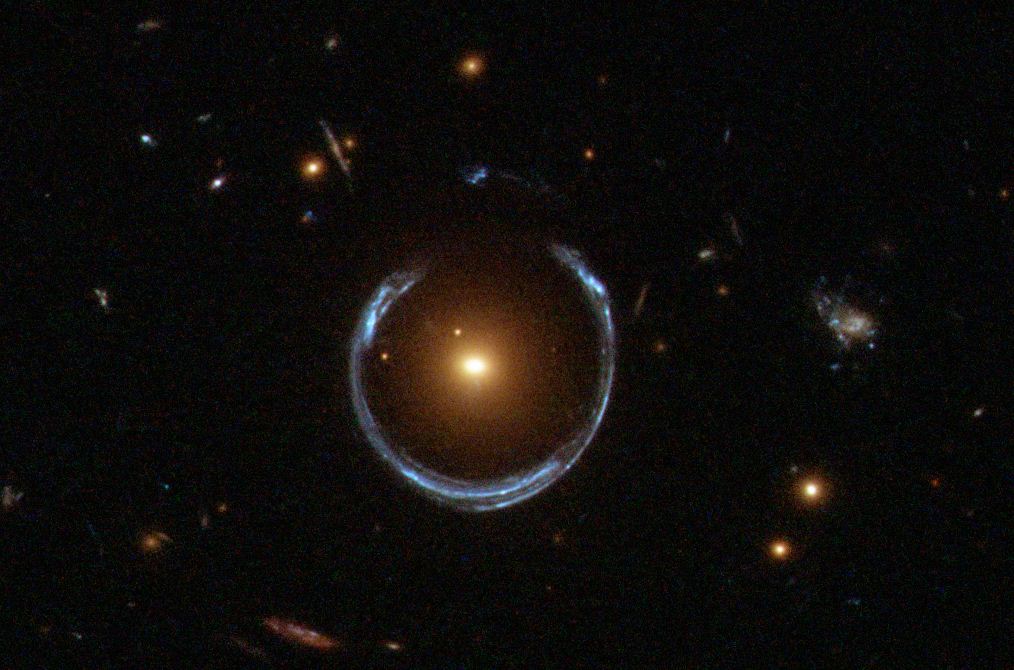 We don’t know what makes up 95% of the universe. How can we study it? Especially since it’s invisible and millions of miles away. This is what the Large Underground Xenon (LUX) dark matter experiment is trying to do. The LUX detector is collaboration of over 30 institutions including the National Science Foundation, Lawrence Berkeley National Laboratory, the Fermi National Accelerator Laboratory and many more. LUX has proven to be the most sensitive dark matter detector in the world.

Based on current observations and measurements, a huge amount of mass seems to be missing from the universe. This missing mass can be explained by dark matter. Scientists predict that 13.7 billion years ago over 60% of the universe was dark matter. While that amount is less today, it has been overtaken by dark energy – another cosmic mystery. The composition of dark matter is still unknown, but it is theorized that it may include mysterious particles such as neutrinos, exotic elementary particles (WIMPs, axions), and clouds of nonluminous gas.

The LUX detector is built 1 mile underground and is used to detect WIMPs (Weakly Interacting Massive Particles), which are tiny particles (even smaller than electrons). If you were shrunk down to the size of a WIMP, humans are the size of a galaxy. The WIMPs are not detected directly; instead, the LUX looks for individual photons of light. Photons that come in contact with a WIMP are changed slightly. Scientists can detect this change which means they found a WIMP. If enough WIMPs are discovered, it could be a sign that this is the answer to where the missing mass of the universe is.

The biggest challenge to detecting dark matter is that it does not give off or absorb light. In fact it does not interact with any form of electromagnetic radiation (microwaves, x-rays, radio waves, etc) making it impossible to directly detect it. Then how do scientists know it exists if they can’t see or feel it? Even though we can’t interact with it, we can still see its indirect effects on the visible universe. Currently, the main piece of evidence that supports the existence of dark matter is gravitational lensing.

Gravitational lensing is the curving of light around large objects (like galaxies) in the universe. The more the light bends, the larger the object it. Astronomers measure this bending of light by observing quasars. Quasars are distant supermassive black holes that when they ‘eat’ up nearby stars, give off bright light. The light from a quasar is bent as it passes the galaxy and is redirected to telescopes here or earth. However, because the light bends around the galaxy in more than one way, multiple images of the quasar in different locations are seen on the telescopic images. The following picture gives a good idea of what the light is doing: Astronomers can measure the distances between the virtual images of quasars, and by knowing the distance between earth and the quasar can use physics calculations to calculate how large the galaxy is. This gives astronomers a fairly accurate value of the amount of stuff that is in this massive galaxy. They then compare this to older predictions of mass that were calculated based on the intensity of light given off by the galaxy. Telescopes on earth watch the galaxy for long periods of time to collect light given off by the galaxy. Assuming most of the mass in the galaxy gives off light (like stars), knowing how far it is and how much light it gives off can give astronomers a prediction for its mass. For example, if you held a flashlight next to a car headlight at a certain distance, you would know the car headlight is the brighter one because it is bigger. If you moved the car headlight further away, it would get dimmer. This shows that the brightness of the light depends on how big it is and how far away it is. Astronomers used this relationship to predict the mass of the galaxy, but when compared the two predictions, the light based predictions of mass galaxies were much lower than those predicted using the effects of gravitational lensing. This meant that there was a lot more stuff in the galaxy that was not giving off light – stuff that we had no idea about.

Dark matter is the first key step to understanding the world around us. It is truly one among the some of the most intriguing problems in modern physics and determining the nature of this missing mass is a great mystery in astronomy and physics. The LUX detector will hopefully give us some answers. 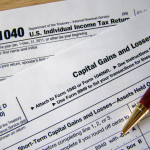 Death, Taxes, and Benford's Law Previous
How to "Be A Scientist" Next 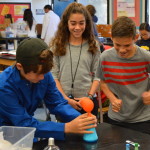