I am a sucker for a good neurometaphor. And I have been riding my Inside Out buzz all the way to today’s launch of Brainventures, the new children’s game for iOS from Kizoom. Brainventures, like Inside Out, offers lessons on both life and the neuroscience as part of an immersive tour through the world of the brain. Players learn about their brain and how it works by going on quests, mastering challenges in mini-games, and making connections with other neurons in the brain.

Brainventures is the third educational offering from Kizoom, a startup founded by Dr. Erica Warp. Before entering the world of children’s games, Warp earned her PhD in neuroscience at UC-Berkeley. “During my PhD I was doing a lot of outreach with kids in schools in the area,” says Warp. “And I was learning how much kids weren’t learning about neuroscience. It seemed like there’s a challenge, especially in our country, getting kids into STEM fields, and the brain is cool and amazing, so why weren’t we teaching kids about this?” To connect with kids in a relatable way, Warp founded Kizoom. In the company’s first few years, Kizoom produced two apps: an interactive eBook for children, The Adventures of Ned the Neuron, and an award-winning iOS game, BrainJump. Since then, Kizoom has grown, taking up residence at SkyDeck in Berkeley. They have taken on their most recent, most ambitious project with support from co.lab, an accelerator program for educational technologies founded by Zynga.org and the NewSchools Venture Fund, and funding from a Small Business Innovation Research (SBIR) grant from the National Institutes of Health.

In Brainventures, the team rolls the best parts of each of their previous apps into one big, delightful show-and-tell. The game shows kids what their brain can do in challenging mini-games, and then tells them all about it. Warp estimates some 300 children provided feedback during the development process, and the result is pure brainy goodness. Mini-games within the game provide intuitive representations of brain function, and whimsical touches keep kids engaged. “The neurons in the game will say silly things like ‘I made Sophie burp today’ and then, ‘There are 100 billion neurons in the brain’ to pique their interest in the real biology,” Warp says. The mix of fun and facts keeps kids active, inquiring, guessing, and learning. Kizoom also latches onto familiar frameworks to help kids understand the world. For instance, the brain grows by making new connections every time you learn something new. Similarly, players can grow their own networks in the virtual brain by making friends with other neurons. Besides fostering a healthy curiosity and getting kids interested in science, the stories in Brainventures also encourage kids to use their brains to go after whatever else they’re into. The messages of Brainventures are simple, but the implications are profound: You have a brain. It is important. It helps you, and you must also help it.

Inspired by research from Dr. Carol Dweck at Stanford University, Warp tries to instill in children what is known as a growth mindset: the idea that intelligence is not fixed, but can be grown through hard work. “Kids who understand that their brain has the ability to change and grow based on their behaviors are more empowered learners,” says Warp. “They’re more confident, more curious, and more persistent, because they know they can improve, so they are eager to keep learning.”

In one quest, the protagonist and owner of the brain, Sophie, is having a hard time mastering archery. By mastering a difficult rhythm game, kids are shown how the brain plucks at the bows and arrows of our muscles and bones, while in the background they are learning the performance-enhancing magic of practice.

“One of the things that we like about games is that it’s a safe place for kids to try and fail, and try and fail again,” says Warp. “That’s hard for some people to do in real life, but easier in a game setting. A good game absorbs you and immerses you and engages you, and that’s when you’ll learn a lot, when you’re really having fun.” After downloading an advance release of the game, I meant to check to make sure it worked and then return to the game later. But soon, I was very nearly late to a meeting, having gotten sucked in. I had been happily sorting memories, using my senses to hunt for bugs, and making so many cute neuron friends. I felt Sophie’s pain in gymnastics class as we struggled to nail the cartwheel sequence. I slayed the first few levels of “Focus Pocus,” jabbing my finger at remembered targets and giggling at the hippie antics of a third-eye-having neuron named Marian. I told you I’m a sucker for a good neurometaphor. I suppose now is as good a time as any to disclose that I myself did a tiny bit of neurometaphor writing for Kizoom last summer, although my contributions were so slight that I bring this up not to claim any credit, but to vouch for the task difficulty of the task. Since that time, spreadsheets filled with hundreds of lessons and ideas have been distilled to a select few. Piles of Post-its have been discarded, and heaps of judicious calls have been made. Color me impressed.

In creating good, intuitive, engaging neurometaphors, Kizoom has done something very difficult, something that we all loved Inside Out for nailing, and that is striking the fine balance between staying true to the science and making a story fun. With great sensitivity, imagination, and exhaustive user research, Warp and her team have served up a genuinely fun, educational way for kids to know and grow their brains—and their inquisitive natures.

“This game does not present all the answers,” says Warp. “It’s all very metaphorical, but hopefully it gets them to start asking more questions about the brain. Kids are very savvy these days. They’ll look these things up on Google.”

Brainventures is available TODAY for iPad, iPhone, and iPod Touch. 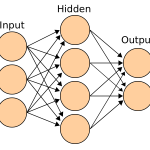 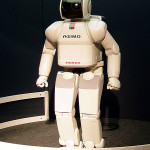 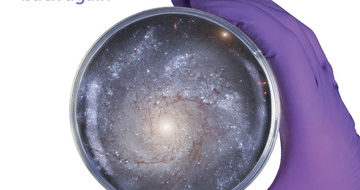