The International year of crystallography has seen many innovations and exciting scientific advancements.  Science has announced Rosetta’s Philae to be the breakthrough of the year. While we leave it to the big-wigs to round up the most exciting research across the globe in 2014, here is a smattering of some of the great science that was done at UC Berkeley this year.

1. President Obama announced the BRAIN Initiative in 2013, offering up over $300 million to help scientists work towards lofty goal of mapping every neuron in the human brain. This August, it was announced that scientists at UC Berkeley and several other institutions would begin working on standardizing the neuroscience data format for Neurodata without Borders; given the tremendous influx of new data and large collaborations, the need for a common data format is pressing. In November, Neurodata without Borders held a hackathon to stir up ideas for possible new file formats and BrainFormat, developed at LBL, was among those selected for further investigation. BrainFormat is open-sourced. NERSC is also working with UC Berkeley scientists to create a data-sharing portal, the Collaborative Research in Computational Neuroscience.

NIH has also recently awarded three UC Berkeley scientists a collective $7.2 million to contribute to the BRAIN Initiative. John Ngai and his team will use new techniques to identify different types of neurons, and employ CRISPR to genetically engineer mice that have these neurons tagged for research. David Feinberg will use these funds to work towards developing increased resolution in MRIs. Finally, Richard Kramer and Ehud Isacoff plan to add photoswitches to neurotransmitters so they can be selectively turned off and on.

In September, researchers from UC Berkeley, UC San Francisco, and LBL met to discuss ideas for their new collaboration, BRAINseed. Six projects were selected, and focused widely on nanotechnology and optogenetics. Each institution in this tri-partnership has committed $1.5 million towards these research efforts.

2. After much hand wringing and heated debate it was announced in November that officials would reverse their decision to cut off funding to the Lick Observatory, the UC system’s only observatory (for now). The observatory is 126 years old and the world’s first mountain-summit observatory. Funds were originally to be cut from Lick and diverted towards the construction of a next-generation telescope in Hawaii, the Thirty Meter Telescope (TMT). TMT is currently being built on Hawaii Island, and is projected to be one of the most advanced telescopes in operation.

Lick has also undergone several upgrades. The Automated Planet Finder (APF) telescope has been watching the sky since January; making Lick the first robotic planet-finding facility. APF is the first telescope which can detect rocky, extrasolar planets that may support life. UC Santa Cruz has also received $350,000 to upgrade the Kast Spectrograph in the Shane telescope, which is used to study supernovae.

3. This year, several prestigious honors were bestowed upon Berkeley scientists. Five faculty have been elected to the National Academy of Sciences, three awarded the National Medal of Science, three received the NIH Innovator Award, four named AAAS fellows, and three named fellows of the National Academy of Innovators. Biochemist Jennifer Doudna (AKA khaleesi) and two teams of cosmologists lead by Saul Perlmutter and Adam Riess were named the 2015 Breakthrough Prize winners, subsequently celebrating their cool $3 million in prize money by attending a ritzy gala honoring their work in November. Doudna received her award for CRISPR/Cas9, Perlmutter and Riess accepted their award on behalf of the Supernova Cosmology Project and High-Z Supernova Search teams, who originally discovered the accelerating expansion of the universe.

What did you think was the most notable research done at UC Berkeley in 2014? Let us know in the comments below! 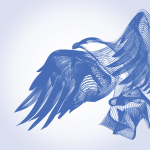 Putting a bird on it Previous
In the fields of observation chance favors only the prepared... Next 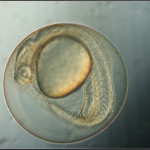