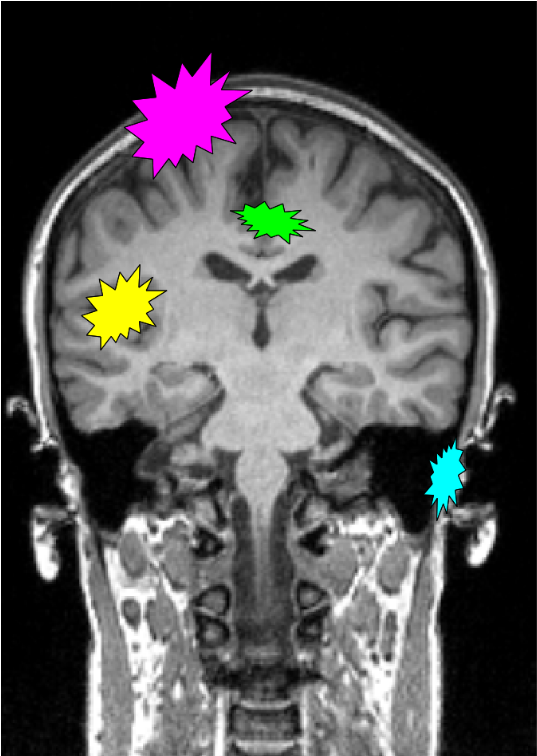 (Brainsplosions not drawn to scale)

Ah, aging. Just when you think you’ve got your life together, your body starts falling apart. Thanks to WebMD, you can now diagnose yourself with almost anything if you play fast and loose enough with your symptoms. Fatigue? Sure. Back pain? Always. Sense of impending doom? Woke up like dis.

But there are some symptoms so distinct that a simple google search will turn up proof that that weird thing you’re experiencing isn’t so weird after all. Amazingly, however, this doesn’t mean that doctors or scientists have an explanation. We can engineer robotic prosthetics controlled by the brain, swap out human heart valves for pig parts, and grow new organs from stem cells. But seek a diagnosis for that crazy weird hallucination that’s keeping you up at night, and you’ll be met with a collective ¯\_(ツ)_/¯ from the medical establishment.

The auditory system is an exquisite piece of engineering. Rarefied and compressed air hits your eardrum in waves of differing frequencies. Tiny bones, tightly wound membranes, and fluid-filled canals oscillate with military precision to relay high-fidelity information to the brain. Cells expand and contract to tune things in or out. Complex neural processing algorithms localize sound, extract meaning from words, and detect rhythms. But this is all vanilla mode auditory processing, and it’s not the only way your brain deals with sound. In honor of this Halloween month, I’ve assembled four mysterious, unexplained, even “spooky” brain responses that have something to do with sound, but aren’t hearing per se. They are ranked in order from most to least fun. Here you go:

Ever get chills from a certain piece of music? A shiver that goes up or down your spine? Goosebumps, or maybe the tiny hairs on the back of your neck standing up? You’ve experienced frisson. For most people, this experience is highly personal and emotionally charged. You’re unlikely to feel chills listening to marching band music, but put on a lonely ballad that tugs at the heart strings and you’ll be moved to tears. Frisson has been studied a bit, and it is known that the experience of frisson causes dopamine to be released in the brain. The amount of dopamine release correlated with people’s reports of the subjective experience of chills. However, dopamine is released whenever you do anything pleasurable, like eating delicious food, taking recreational drugs, and having sex. We didn’t need brain imaging to tell us our intense musical pleasure is pleasurable. So, the next steps for science may be to figure out what causes the complex emotional and aesthetic properties of music to elicit such convulsions in the brain.

Sometimes referred to as “brain orgasms,” ASMR stands for autonomous sensory meridian response–“autonomous” because its experience is different for everyone, and “meridian” as a euphemism for orgasm, albeit not one I’ve ever heard. As a phenomenon, it is getting more attention as people figure out that what they have experienced is not unique, but rather quite common. People tend to either experience it or not, and those who do insist that while it is pleasurable, it is not sexual. ASMR is experienced by many as a shiver or a tingle in the brain similar to frisson. However, ASMR is elicited not by ecstatically beautiful music but mainly by incredibly banal stimuli: crinkling plastic bags, jar lids opening and closing, or the sound of a brush on canvas. The “triggers” are different for everyone–for some, gum chewing and other mouth noises cause intense tingles, while for others these noises are downright repulsive. ASMR is also commonly elicited by these noises in the context of focused personal attention, such as receiving a haircut or a makeover, such that the sensation can be triggered or intensified by viewing very methodical, purposeful hand movements. For some, Bob Ross’s soothing voice and the sound of him calmly painting “happy trees” was an early ASMR trigger. Now that the sensation has been named, more and more people have turned to the youtube channels of “ASMRtists,” people dedicated to making videos that trigger ASMR for sleep or relaxation purposes. The neuroscience of ASMR is practically nonexistent, although some have speculated that it is a kind of seizure.

Tinnitus is a persistent ringing in the ears, often brought on by exposure to loud noises or other forms of hearing loss, some aging-related. Pulsatile or vascular tinnitus is a particular type of persistent noise in the ear that sounds like a faint whooshing at about the same pace as your heartbeat. It can be caused by a number of things, including atherosclerosis (hardening of the arteries due to high cholesterol levels), hypertension, a kink in the carotid artery (yikes), a tumor pressing on the arteries in the neck (double yikes) or a simple change in blood pressure. For some, caffeine, alcohol, a new blood pressure medication, or simply high stress levels are enough to trigger the whooshing, and it subsides when blood pressure returns to normal. Other blood-related maladies like anemia or pregnancy can also trigger a whooshing described as venous hum, which is more constant than rhythmic and has earned the nickname “bruit de diable” (the Devil’s noise). Until the source of the whooshing is identified, it can feel similar to the feeling of water stuck in the ear, as happens often after swimming. However, unlike water in the ear, which can often be remedied by vigorous shaking of the head or other home remedies, with pulsatile tinnitus, you’re better off trying to take some deep breaths to lower the blood pressure. This remedy may not be immediate, but with a little patience and calming reassurance that it’s probably not a tumor, the annoying whooshing may eventually subside.

Those who experience exploding head syndrome, upon learning what it is, are seldom relieved by its bombastic moniker. Sufferers experience auditory hallucinations in the form of explosions, gunshots, or increasingly loud chattering voices, sometimes accompanied by flashes of light. Most annoyingly, this occurs as they try to fall asleep, jolting them awake. While doctors believe these jolts are harmless, their side effects are not. The hallucinations can be extremely distressing, resulting in sleep deprivation from the repeated awakenings. It can even set off a vicious cycle of mounting stress that prevents them from falling asleep, causes shortness of breath, or even panic attacks. For this reason, it qualifies as a sleep disorder. The cause is unknown, but it is thought to be related to hypnagogic jerks, the sensation of falling that sometimes accompanies the onset of sleep. This response is thought to have evolved to keep us apes from falling out of trees, with the brain mistaking its sinking into a relaxed state for the sensation of falling. However, the misfiring that would lead to bomb-like auditory hallucinations is unknown. Like ASMR, it has been speculated that the explosions are actually seizures in the temporal lobe of the brain, where high-level visual concepts and conscious perceptions are thought to be generated. Exploding head syndrome comes and goes unpredictably, and the cause is unknown, although it can happen during times of high stress or fatigue. It has also been reported as a withdrawal-like symptom when people rapidly go off of antidepressant medications that alter the function of the neurotransmitter serotonin in the brain. 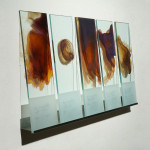 Expressing Science Through Art Previous
Nobel laureates at Berkeley Next 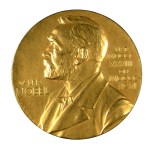