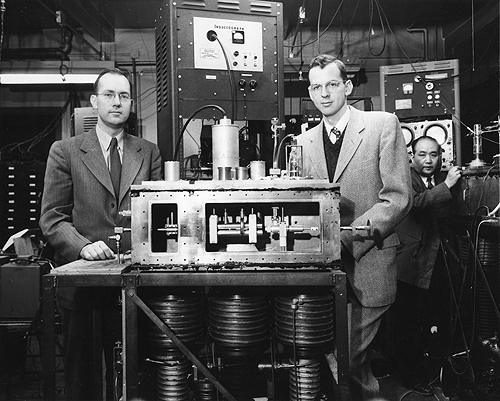 On July 28th, Charles Townes celebrated a very special birthday. His 99th to be exact. It was indeed a very special birthday, not only for Townes, but for scientists and modern society as a whole, for 2014 also marks the 50th anniversary of his Nobel Prize in Physics, which he was awarded for his role in the development of arguably one of the most important devices of the 20th century – the laser.

Today, lasers are commonplace. They are used in barcode scanners, printers, optical discs and fiber-optic communications, to name a few. Doctors use lasers to repair eye-sight and industrial plants use them for precise cutting and welding. Scientists use them to interrogate molecules, study distant galaxies, and perform basic science research. Chances are, unless you’re reading this from the top of Mount Kilimanjaro, you’ve interacted with several lasers today without even realizing it. You might want to give that laser pointer a second glance though, because as it turns out, scientists had quite the time chasing down the technology to bring about your cat’s favorite toy.

It has long been known that light interacts with matter – examples abound from photosynthesis, to vision, all the way on down to the glow in the dark star stickers you had stuck to your bedroom ceiling as a kid. However, it wasn’t until the turn of the 20th century, with the advent of quantum mechanics, that the interaction of light with matter on a molecular level could be described accurately. In 1917, Einstein laid the groundwork for a basic theoretical understanding of a laser when he described the process of stimulated emission.

Here’s how it works. Electrons in atoms are ordered into levels spaced by finite amounts of energy. When an atom interacts with a photon of light, the atom can absorb that energy and use it to promote an electron into a higher level – if and only if, the energy of the photon exactly matches the energy difference between levels. As it turns out, electrons can also be promoted down levels in a similar fashion, resulting in the emission of a photon carrying energy equal to that between the two electronic levels. To be precise, the emitted photon is identical in all ways to the photon which stimulated its emission.

Einstein postured that if a material containing many atoms with more electrons in the excited energy level than the lower energy levels (ie where the electrons exhibited a population inversion) interacted with a stimulating photon, the atoms would emit their own photons.  These emitted photons would then stimulate the emission of more photons in subsequent atoms and cause a cascade effect, resulting in many identical photons travelling together. If such a material could be disturbed thusly, it would provide a source of monochromatic, coherent light.

Intriguing as Einstein’s proposition was, it wasn’t until after World War II, following the success of radar, that interest in developing this technology really took off. Scientists were eager to adapt radar technologies to create microwaves and further develop spectroscopic techniques. In order to study the structure and characteristics of molecules and atoms, new sources of radiation, which accessed ever-shorter wavelengths, were necessary. However, the vacuum tube technology used in radar was quickly proving an inefficient source of microwave light with diminishing returns.

Townes, who had worked on engineering radar during the war, came into the field with a unique perspective. He realized that molecules themselves could produce such radiation. Together, with his students James Gordon and Herbert Zieger, he developed the MASER (Microwave Amplification by Stimulated Emission of Radiation) in 1954. In this device, a beam of excited ammonia molecules is sent into a resonating cavity. Light emitted by these molecules stimulates emission from subsequent ammonia molecules which flow into the cavity and, eventually, the maser light is self-sustaining (because a population inversion exists).

With Townes and coworker’s maser built, and theoretical work by Nikolay Basov and Alexander Prokhorov published, the race to create a molecular source of light to produce even shorter infrared wavelengths was on! In 1958, Townes and coworker, Arthur Schawlow, authored a paper describing what was then referred to as an optical maser. Schawlow had realized that by putting the “masing” medium in between two highly reflective mirrors (ie in a cavity), the emitted light could rattle back and forth between the mirrors, stimulating even more atoms in the medium and generating a powerful source of radiation. If one of the mirrors leaked slightly, this monochromatic and coherent light could be let out of the cavity and used. This set-up is commonly known as the Fabry-Perot interferometer.

Around this time, Gordon Gould, then a graduate student at Columbia with Nobel laureate Polykarp Kusch, had sketched out a similar design in his lab notebook, entitling the device a LASER (Light Amplification by Stimulated Emission of Radiation). Unlike Schawlow’s original design, Gould realized that he could use light to excite the electrons in the medium. This optical pumping could theoretically allow for a larger variety of lasing media, extending the optical maser technique far beyond the infrared regime.

In 1959, nine months after Townes and Schawlow applied for a patent on behalf of Bell Laboratories, Gould too applied to patent his laser design. After the patent was awarded to Bell, Gould sued, initiating a legal battle that would endure for 30 years until the patent was finally turned over to Gould. One year after the patents were originally filed, Theodore Maiman at Hughes Research Laboratory demonstrated the first working laser using a flash lamp and ruby rod, publishing in Nature (Physical Review Letters initially rejected his paper). And thus, the race for the laser was won.

Upon demonstration of a working laser, the fields of spectroscopy and laser engineering exploded, giving rise to a new wave of technology and science, one that has shaped our current lives irrevocably. 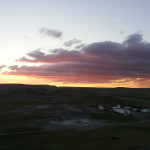 Dinosaur eggs and ancient mammals Previous
Skirting Death from Above Next 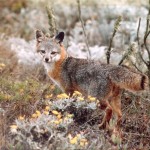