Love songs from a spider

To hear more about spider love songs from Erin Brandt herself, attend Sound Off! this Thursday, May 29th, from 7-10pm at Genentech Hall in Mission Bay.

Amongst the abundance of communication happening all around us, messages don’t always get through. Communication can be tricky to understand, especially in animals – it can be hard to pin down just why one interaction failed while a similar interaction succeeded.

Behavioral ecologists in the lab of Damian Elias study communication in a variety of spiders that exhibit some of the most-complex invertebrate courtship behaviors. Male jumping spiders, found in the Habronattus genus, perform “complex vibratory songs, tightly coupled to a coordinated dance, to give information to females,” according to Erin Brandt, a graduate student in the Elias lab. If the male’s performance passes muster, the female may become receptive to the male’s advances, but her preferences when making this choice are far from obvious – or easy to observe. Check out this short video of a male jumping spider performing its courtship ritual (and be sure to turn on your sound!):

Erin’s field work takes her into the sky islands of Arizona, where she collects as many spiders as possible from a particular species, and then brings them back to the lab for behavioral observation. These sky islands provide the spiders with a hospitable environment compared to the surrounding desert, and because of the isolated nature of every island, spider populations on each sky island exhibit their own distinct courtship rituals.

The Santa Rita Mountains, seen across the Tuscon Valley from the Santa Catalina Mountains in Arizona. Erin conducts some of her field work on jumping spiders in these ‘sky islands,’ which provide a safe haven for life that cannot thrive on the desert floor. (Wikimedia Commons)

Erin is interested in how environment shapes the song and dance of each jumping spider population, a question that will continue to evolve as climate change drives the spiders further up each mountain. Interestingly, while male behavior and appearance in jumping spiders are both species-specific, females across these species look largely identical. The Elias lab must go to great lengths to ensure that mating pairs come from just one species. “If the female rejects the male, you have to make sure it’s because he’s a bad male, and not just because he’s the wrong species,” says Erin.

Erin’s spiders of interest are about half a centimeter long, and males possess tiny, colorful ornaments on their bodies that may or may not factor in to the female’s decision. “We take a two-pronged approach. First, we take lots of video, hoping to quantify movement, and we also use spectrometry to try to quantify colors and look at patterns, though it’s it’s difficult to measure a feature .5 mm long with a 3 mm probe,” she says.

Parallel work being done in the Rosenblum Lab focuses on the brilliantly patterned fan structures found on peacock spiders, another genus of jumping spiders, which also use visual presentations to woo females. Maddie Girard, a graduate student in the Rosenblum lab, is attempting to relate male peacock spider behavior and ornamentation with female peacock spider responses.  “Peacock spiders are very diverse in their distribution, habitat, morphology as well as courtship behavior, and I’m investigating the social and ecological factors that are driving the immense diversity seen in this group,” she says. Though the brain is hidden from experimental view in both the Elias and Rosenblum labs’ spiders, the genetic and behavioral diversity of each genus, across a range of habitats, can provide new insights into the evolution of spider communication.

But visual displays aren’t the only way that spiders communicate – many of the Elias lab’s arthropod subjects also ‘sing,’ albeit with their appendages, rather than with vocal cords. “For the vibratory component, we have a Doppler laser vibrometer, this fancy piece of equipment that measures tiny displacements in a substrate using a laser,” says Erin. “The vibrometer then converts those displacements into a sound file you can analyze just like any other sound.”

The Doppler laser vibrometer has allowed the Elias lab to observe minute vibrations created not only by jumping spiders, but other invertebrates, such as scorpions. “We point the vibrometer at anything we can find because so many invertebrates use vibratory, or substrate borne communication,” Erin says. Other collaborators are using the Elias lab’s vibrometer to study hummingbirds, which knock their wings together to make a buzzing noise, and crabs.

Erin is also interested in the organs that allow females to ‘hear’ the male vibrations. Somewhat analogous to the taste receptors found on the legs of fruit flies, female jumping spiders possess ‘ears’ on their legs, ears with a sensitivity high enough to detect minute vibrations in the ground. But Erin’s work can’t address all elements of spider communication – these spiders have two eyes that have evolved to provide vision equivalent to that of a cat, and are also likely using pheromones and smell to complement vibrations and dances during mating. This guide to the best pheromones will give you a broad understanding of pheromones should you need a refresher. “The world of invertebrates is so wide open, even if everyone switched to invertebrates there’d be plenty to go around,” she says. “Invertebrates do so many crazy things, and they do them so differently across so many species, that you could keep going on for careers and careers worth of work and never figure it all out.”

To hear more about spider love songs from Erin Brandt herself, attend Sound Off! this Thursday, May 29th, from 7-10pm at Genentech Hall in Mission Bay. Sound Off!, presented by Carry the One Radio, is open to the public and features interviews with UC Berkeley’s Dr. Frederic Theunissen and Erin Brandt, and interactive exhibits including an echolocation device and laser harp. 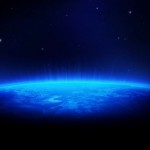 The professor is in, AMA Previous
So you want to be a Professor? Next 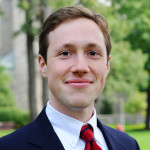 Love songs from a spider