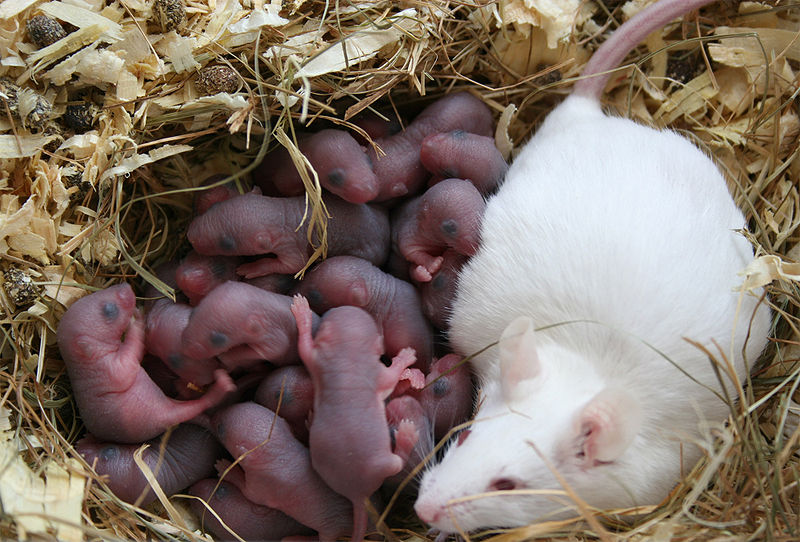 A favorite pastime of us humans is to see ourselves in the non-human world around us. Sometimes, the similarities between animal behavior and human behavior can provide insights into the biology of behavior. Examples abound, from similar neural circuits that drive addiction to others that drive aggression.

For biologists, such insights are endlessly intriguing, but misinterpretation of these insights can also be endlessly frustrating. When I wrote about the impact of a certain gene on fly aggression a few months ago (a gene first identified for its role in fly mating strategies), a fellow graduate student wisely reminded me to be careful of the slippery slope I had set up for myself: equating a behavioral finding in an animal model with the analogous behavioral mystery, and complexity, in humans.

The more I write about science, the more I find myself toeing at this slippery slope. Luckily, though, I’ve been well-trained to dig further past any singular headline or article touting an animal-human similarity. And a recent finding in the most popular model organism, the mouse, today reminded me why avoiding a slip down this slope is so important.

Let’s take a step back. Oxytocin is a hormone present in virtually all vertebrates that influences dozens of behaviors, from a mother’s bond with her child to monogamy in certain species of prairie voles. Oxytocin seems to be made for prime-time television. Humans love stories about love, even (perhaps especially?) in animals. Unfortunately, love is hard to define, let alone understand using just one molecule, as Ed Yong, amongst many others, have argued over the past few years. For all the studies showing how oxytocin encourages socially positive behaviors, there are others showing how it can, for example, increase deceit.

None of this is new, yet oxytocin continues to be used to convince the public that social behavior in animals might as well be human. I reflexively raised my eyebrows when I spotted an article in the Atlantic a few weeks ago entitled “Dogs (and Cats) Can Love.” The author, Paul Zak (who wrote an entire book touting oxytocin as the ‘moral molecule’) makes the case for dogs and cats experiencing ‘love’ vis a vis changes in their blood levels of oxytocin.

First off, the experiments Zak used to make his case about oxytocin, pets, and love weren’t particularly convincing. The first experiment involved introducing a pet to a human and measuring the human’s blood oxytocin levels before and after the interaction. “The dog and cat study showed that neither species consistently increased oxytocin in humans,” Zak wrote. Hm, maybe he should’ve measured oxytocin changes in pet/owner interactions, and not interactions between humans and unfamiliar pets. Moreover, the oxytocin levels of the pets weren’t measured! How, then, might Zak demonstrate his claim that dogs and cats can love?

A dog and its owner. (Wikipedia/Noel Zia Lee)

The finding (I’m stretching the definition of ‘finding’ here) came from a made-for-TV experiment, featuring an unusual pair of animal friends, a dog and a goat, who lived on an animal refuge in Arkansas. With cameras from the BBC rolling, Zak measured the blood oxytocin of the dog and the goat before and after they were allowed to play with one another. Lo and behold, the dog’s blood oxytocin increased by about 50% after the interaction, while the goat’s oxytocin increased by over 200% – leading Zak to speculate that “we essentially found that the goat might have been in love with the dog.”

I can’t discount the possibility that animals might be capable of love, but in this circumstance, Zak showed us virtually nothing about the function of oxytocin in animal behavior, let alone in any form of animal ‘love.’ His animal subjects consisted of one dog, and one goat, and his experiment was done once. Vertebrates possess oxytocin – yet vertebrate brains, which must translate blood oxytocin levels into behavior, come in all shapes and sizes. While oxytocin’s presence in all vertebrates indicates some necessity for its function across species, it seems unlikely that oxytocin would play an identical role in a crocodile, a vulture, and a human.

I know I’m, yet again, toeing a slippery slope here. But a more thorough study that came out recently convinced me, yet again, that arguing for the existence of ‘love’ in animals is tricky. Researchers in Catherine Dulac’s lab at Harvard were interested in a behavior found in young, male mice who had recently become fathers. Though virgin male mice will instinctively kill mouse pups that aren’t their own, they somehow back off from hurting their own first litter. Using modern genetic techniques, the researchers were able to identify the neurons that allowed new mouse fathers to care for their own pups, instead of eating them. These neurons were found in the hypothalamus, a brain region known for sexual dimorphism, and also for regulation of aggression and parenting. Strikingly, when these scientists used optogenetics to activate these neurons with light, they could force virgin male mice to show parental behavior instead of aggression to newborns. Lastly, the behavioral circuit was dependent on the vomeronasal organ – the organ that detects pheremones, and in this case, that allows a male mouse to identify its pups.

What does this all mean? In mice, parental behaviors in males can be controlled with just a few neurons, whose inactivity would leave that male prone to commit infanticide. The behavior that looks like parental ‘love’ in mice can be boiled down to the neural converse of infanticide – not exactly analogous to how parental love operates in humans. Oxytocin levels rise in both mothers and fathers when they hold their newborn children, and plays a role in parental behavior in mice, too. It’s not clear how oxytocin fits into the Dulac lab’s work (and in fact, the neurons responsible for parenting in that study possess a different hormone, galanin), but what is clear is that behaviors that remind us of our own ‘love’ in animals must be put into the context of that animal’s behavior overall. Oxytocin could very well increase in all male mice who encounter newborn pups, while galanin neurons must be active to translate the social encounter from a threatening one to a nurturing one.

The bond between pets and their owners is undeniable, and I wouldn’t even deny that ‘love’ (in quotes) probably exists within those bonds. But without a more refined effort to understand exactly what oxytocin, and other hormones, do in a given animal, an increase in the blood levels of oxytocin in a dog and a goat, on a particular animal refuge in Arkansas, isn’t going to tell you much about love in cats and dogs. 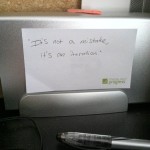 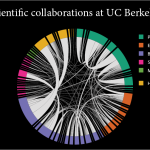