The professor is in, AMA 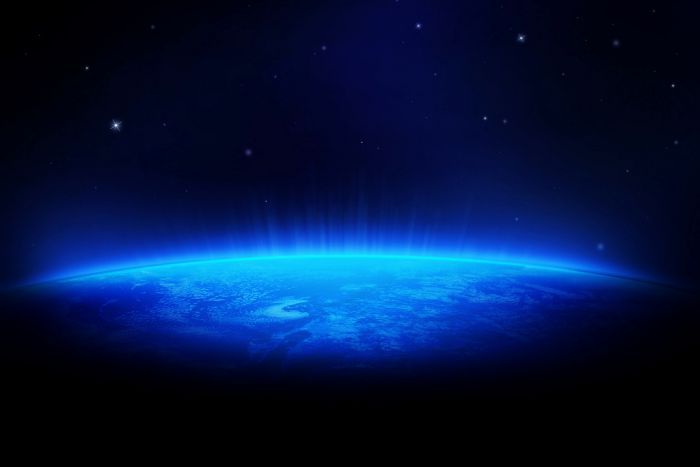 In celebration of Astronomy Day, UC Berkeley professor, Dr. Alex Filippenko, participated in the popular Reddit interview series, Ask Me Anything (or AMA, if you’re hip on the slang). Check it out here. As part of an ongoing campaign aiming to increase the dialog between top-notch researchers and the general public, the subreddit r/science has been asking a number of prominent research professors to participate in these discussions. This isn’t the first time Filippenko has forayed into the front page of the internet, nor is it the first time UC Berkeley professors have answered the burning questions of Redditors. Nonetheless, Filippenko’s contribution to the series serves as continued evidence for the successful marriage of big science to the everyday person.

Read on for some highlights from Filippenko’s AMA!

Dark matter and dark energy are quite mysterious.

Here’s a fun fact — atoms only make up roughly 5% of the known universe. Everything else falls into one of two categories, either dark matter (~25%) or dark energy (~70%). Unlike ordinary matter, dark matter does not interact with electromagnetic radiation and is thus extremely difficult to observe directly. The existence of dark matter is instead inferred via its gravitational effects on ordinary matter. By calculating the masses of gravitational lenses (massive cosmological objects that bend light by distorting the surrounding space-time) and comparing them to the masses of luminous matter in corresponding regions, scientists can map out the distribution of dark matter. However, just exactly what it is remains elusive. According to Filippenko, dark matter is likely a weakly interacting massive particle (WIMP), though laboratory evidence of this remains to be seen.

In the late 90s, scientists made a shocking discovery. The expansion of the universe was accelerating.  As our neighboring galaxies move away, the spectra of the elements contained in their stars become “redshifted” (meaning they move to longer wavelengths). To measure a galaxy’s distance, one must use “standard candles” (such as Cepheids or supernovae). These standards have known intrinsic brightness, such that comparing their apparent brightness gives a measure of how distant the candles are. In the 1920s, Edwin Hubble compared the redshifts of galaxies to their distances and discovered that space itself was, in fact, expanding. For many years thereafter, it was assumed that the gravitational forces exerted by every galaxy onto every neighboring galaxy would eventually slow down the expansion of the Universe.

However, Nobel-prize winning work by Dr. Saul Pearlmutter and others showed that the opposite was true. To explain this phenomenon, the idea of dark energy was born. Dark energy is the energy which uniformly permeates all space and from which a repulsive force that accelerates the expansion of the Universe is derived. Presently, two popular theories offer explanations for the origins of dark energy. “Quintessence” is dynamic dark energy generated by a scalar field, In contrast, Einstein’s “Cosmological Constant” considers dark energy to be vacuum energy, the energy of empty space, (which has a negative pressure) and contributes statically to the energy density of the Universe. Filippenko’s personal preference tends towards the cosmological constant.

A lower limit on the size of the Universe can be calculated.

Supermassive black holes live in the centers of galaxies.

A supermassive black hole (SMBH), the largest type of black hole, weighing in at up to billions of solar masses (1 solar mass = 1.9891*10^30 kg). The smallest black holes are a few solar masses. It is well established that many galaxies, including our very own, have SMBHs nestled at their core. Our SMBH, Sagittarius A*, is roughly a 4 million solar mass black hole. According to Filippenko, a gas cloud is set to be gobbled up by Sgr A* within the coming months — a rare and exciting event, so be sure to stay tuned!

Located on Mount Hamilton, just outside of San Jose, Lick has served as the flagship observatory for all eight UC campuses, LBNL, and Livermore for over a hundred years. Lick was the first to empirically verify Einstein’s Theory of Relativity (1922), first to bounce a laser off the Moon (1969), and in the late 1980s and 90s contributed vast amounts of data surrounding supernovae, which led to the discovery of an expanding Universe. Filippenko says the following about the observatory.

“Lick Observatory serves all UC astronomers, and it is especially important for young astronomers (undergraduate students, graduate students, and postdoctoral scholars) because they can get telescope time there, unlike at many bigger, more expensive facilities. Lick is also excellent for long-term studies that require many nights each year, such as searches for exoplanets and monitoring exploding stars (supernovae). A lot of new types of instruments are developed or improved at Lick, such as laser-guide-star adaptive optics (which can make the Lick 3-m telescope get images as clear as those from the Hubble Space Telescope at near-infrared wavelengths). Lick also does much public outreach and education.”Dr. Alex Filippenko

Unfortunately, the University of California Office of the President plans to phase out funding for Lick Observatory.  If you are interested in supporting the Lick Observatory, head on over to the “Save Lick” campaign for more information.

To see Filippinko’s entire AMA, check it out here. The r/science AMA series will continue with Dr. Shaun Hotchkiss who will be discussing the “Inflation and the Large Scale Structure of the Universe” on May 28th at 1 PM.

BONUS! Here are some extra tidbits that were my personal favorites.

Q1: “How long will it take until we have ships capable of taking us to the next solar system in a reasonable amount of time?” – seismicor

A: “Oh, gosh, I don’t know. Probably not sooner than 1000 years from now, and perhaps much longer than that, even with our currently rapid growth in technology. The energy barriers are truly stupendous, especially if you want to take humans instead of computers/robots. I think it is far more likely that we will be sending computers/robots instead of humans to other worlds. Indeed, they may end up being our evolutionary descendants.”

Q2: “What is the most logical explanation of what would happen if we were to be consumed by a block hole?” – jaycrypted

A: “We would be crushed into a singularity having extremely high density — after first being torn apart (‘spaghettified’).”

Q3: “How far out should I drive to get a good view of the milky way this summer?” – 5Aces

A: “Try to go out to the Sierra Nevada range around the time of new moon, and you will be treated to a truly spectacular sight. The skies there are really dark, and you’re above the haze, so you can see a lot of faint stars. If you’re not able to drive that far, then I suggest Pt. Reyes National Seashore, about 1-1.5 hours drive. It’s the darkest place I know withing a short driving distance from the SF Bay Area.” (I can personally verify this — the star gazing in Yosemite is stunning.) 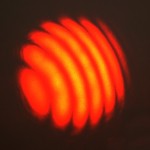 Daniel's desiderata Previous
Love songs from a spider Next 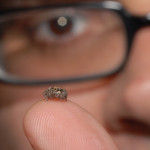