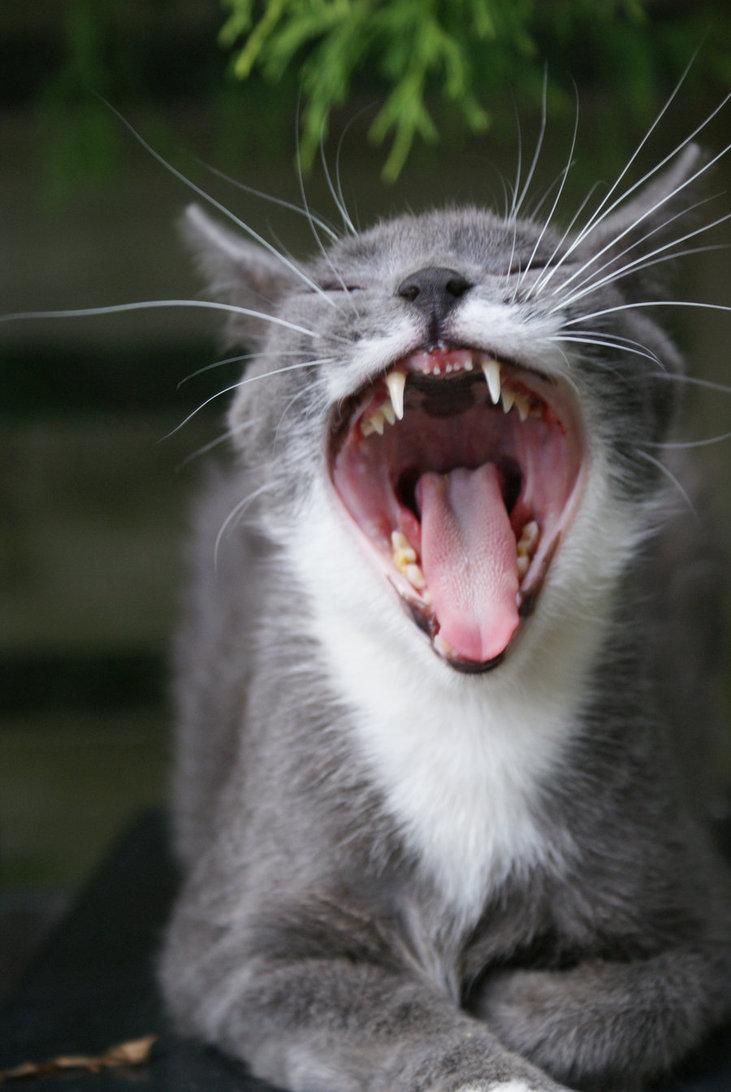 I’m starting to feel like a broken record. Here comes another overhyped study about cats, and here’s where I try to get to the bottom of what is really going on. The latest comes to us from PlosOne: “Describing the Relationship between Cat Bites and Human Depression Using Data from an Electronic Health Record” (Hanauer et al., 2014) —thanks to open access, you can read the article yourself here.

What did the study find? The authors found that a high proportion of women who presented at the University of Michigan’s health system with cats bites were also likely to be diagnosed at some point with depression. Furthermore, they suggest that medical providers should screen women for depression if they seek treatment for a cat bite.

And what did the media have to say? Here are some of the headlines and by-lines:

“Cats are jerks. They’re the type of mean-spirited animal that will kick you while you’re down and not even have the decency to apologize.”

“But I thought kitties were supposed to stave off depression? The whole world is a lie.”

Cat Bites Are Linked To Depression

“The reason why is not fully clear. Maybe cats just dislike depressed people”

Are you depressed and now worried you might be at risk for being bitten by a cat? Or perhaps you own a cat who bites and are questioning your mental health? Well, I wouldn’t spend too much time worrying at this point. Let’s look a little closer. This study was a follow up to an exploration of health records from the University of Michigan to look for “significant associations,” which found almost 400,000 correlations between different medical codes. Out of these correlations, the authors thought that cat bites and depression was worth a deeper look.

While looking for correlations in your own data without an a priori hypothesis is frowned upon and considered “fishing” (for good reason), somehow doing the same with someone else’s large data set is considered “mining.” There are a few potential problems with these techniques, including the likelihood of finding a “significant relationship” that does not really exist.  Without getting into too many statistical details, the methodology is not without controversy:

“The risk of finding effects that are actually spurious may be greatest when studies are not objective-based and objective-driven, when the analysis is largely exploratory.”

“The problem with big data, in fact, is not unlike the problem with observational studies in medical research.; [it] produces all manner of results that tend to be spurious (as last computed by John Ioannidis) more than eight times out of 10.”

Unfortunately, once you’ve found that correlation, it becomes too easy to see a relationship between those variables. What if the hospitals asked people if they liked baseball as they entered for treatment? Or if they preferred chocolate chip or strawberry ice cream? And what if the data showed a correlation between either of those things and depression? Would we think it logical to conclude that there was a relationship between ice cream flavor preference and depression? I would guess no, because that relationship seems frivolous, and would probably be brushed off to “chance.”

But—cat bites and depression? Hmmm. That sounds intriguing. That sounds like something that would get attention from the media. Perhaps there could even be a logical reason why we would find that relationship. Suddenly, the data look very convincing and sexy.

So how do the authors explain their findings? They do at least admit that association is not causation, and that their findings were non-hypothesis driven (somehow they describe that as a strength of the study) and that the relationship is likely complex (although they do not consider the possibility that it might be spurious as well). The authors of this study posit that “perhaps the most intriguing” possibility is that Toxoplasma gondii, a parasite that reproduces in the digestive system of cats, may be the source of depression by “causing long-term changes to the cat owners’ brains.”

Now, when there’s a study about cats and humans, and the “t-word” (Toxoplasmosis) comes up, alarm bells start ringing in my head. Toxoplasmosis is a disease caused by T. gondii, and current estimates suggest that one out of three humans is a carrier. It is typically only a threat to pregnant women and those with compromised immune systems. While many people are infected and have no symptoms or ill effects, it can cause flu–like symptoms, and even eye or brain damage. Because T. gondii can only reproduce in a feline digestive system, this disease is rightly associated with the presence of cats.

However, there are good reasons that placing the blame for Toxoplasmosis on cat ownership raises my hackles. No direct relationship between cat ownership and toxoplasmosis has been found, and the CDC does not consider cat ownership a risk factor for infection with T. gondii. While I have no doubt that cats are ultimately a huge contributor to toxo due to how T. gondii reproduces, toxo is most likely contracted by handling raw meat or unwashed vegetables that were grown in contaminated soil. Furthermore, cat bites are not considered a means of transmitting Toxoplasmosis.

As usual, the media had a field day with the conclusion that Toxoplasmosis may be a contributor to the depression risk:

Even Smithsonian.com fell for the toxo-bait. Reporters, that’s an EPIC FELINE FAIL.

So while we can toss out toxo as a good explanation for “cat bite depression,” it is important that we look at how serious this cat bite-depression relationship is in the first place.

To think a little more critically about this, let’s consider the actual risk as a cat owner of being bitten and depressed. Out of the 1.3 million patients included in this study, 750 had cat bites, and of those, 310 were also treated for depression. One hundred and seventy four of those people were bitten by their own cat. But how many of the total patient population owns a cat? If these patients were anything like the general public (of whom around 39 percent own at least one cat), then out of 1.3 million patients, approximately 507,000 of them would own a cat. So out of all those potential cat owners, less than .0004 percent of them were bitten AND depressed. So how strong does that relationship seem now?

The current study also assumes that 1) all people who experienced depression sought treatment at the same place they had their cat bite treated, and 2) that all cats bites to humans are reported and treated. Only 40% of people who are bitten by a cat seek medical care, and it is possible that depression is more common in those who seek care than those who do not.  Of course, there may be some other variables that are driving this relationship that were not included in the data model, such as level of social support, (lack of) understanding of feline behavior, or number of pets owned by the patient.

On top of all this, the study in question ignores the fact that dog bites are more common (up to 90% of reported animal bites) than cat bites (5-15 % of animal bites). While cat bites are more likely to get infected, dog bites are more likely to be dangerous or deadly, and more likely than cat bites to be unprovoked by the injured human. In this very study, Hanauer et al. found that a large percentage of dog bite victims were treated for depression (28.7 percent). Given there are at least 43 million dog owners out there (compared to 36 million cat owners), it seems we should be much more concerned about the sheer numbers of possibly depressed dog bite victims, than the dubious link between cat bites and depression.

What would help improve this study? Just off the top of my head I can think of a few things. Sample pet owners randomly, heck take a random sample of the general public and see if there really is a relationship between pet ownership, pet-induced injury and depression. Find out if people typically get treatment for animal bites and depression at the same place. Collect data based on a pre-formed hypothesis and on those other possibly confounding variables! Model the data in terms of risks and odds ratios instead of just proportions of presenting patients, taking into consideration how pet ownership statistics may contribute to those risks.

In conclusion, there are just too many issues with this study for me to feel that it contributes much to our understanding of:  1) depression, 2) cat bite epidemiology, or 3) pet ownership. If anything is depressing me right now, it’s not my cats biting me, it’s the media response to this less than airtight study. While I’m sure it is entirely possible that there’s a relationship between cat bites and depression, this study did not convince me of it. And if I go to the doctor for a cat bite and they try to screen me for depression, I will be one unhappy camper.