Straying from science for supper 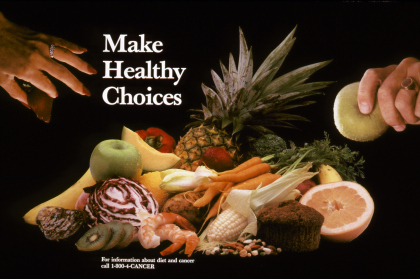 If you are reading this, you probably already possess a good enthusiasm for science. “Science” brings us the insightful narration that accompanies the Planet Earth nature documentary series, fake volcano demonstrations with baking soda and vinegar, and vaccines that have all but eliminated diseases such as smallpox, polio, and measles in the US. Science can entertain us, teach us, and sometimes even save us from deadly disease, so it’s no surprise that is has the support of Barack Obama, private companies, and non-profit health organizations, in addition to the millions of scientists who have dedicated their careers towards advancing scientific knowledge.

One might wonder, then, why it would be necessary for Bill Nye, “the science guy” that many of us remember from our childhoods, to debate creationist Ken Ham a few weeks ago on the topic of the origins of the world. Though some fringe scientists might disagree with the majority of their peers, the international scientific community has a broad consensus on the origins of the world, including the Big Bang theory and the fundamentals of evolution. Somehow, this consensus hasn’t made as strong of an impact as one might hope on public knowledge of science. Even today, in 2014, barely half of all Americans agree that human beings evolved from earlier species of animals. Though it seems unlikely that the Nye/Ham debate was bound to change anyone’s mind, the culture war that the debate represents – between science and religion – is clearly alive and well.

So what gives? Why is it so difficult for scientific consensus to inform the beliefs of everyday citizens? One reason might be that simple explanations of the world, especially those that supply easy prescriptions for how people should behave, are more psychologically appealing than complex explanations that require higher-level “cognitive effort,” as Maria Konnikova wrote last year. Whether the earth rotates around the sun, or vice-versa, bears little impact on how we lead our daily lives. Conversely, the issue of whether certain foods are dangerous or beneficial to our health has a direct bearing on our behavior. And it is within this sphere of science, the science of human health and diet, that simple explanations prescribing easy paths to healthiness often win out over the complex realities of food and health.

Many people, from doctors to the increasingly omnipresent urban foodie, would argue that making the “correct” choices in the supermarket aisle is paramount for longevity. To some degree, our food choices do influence our health – independent filmmaker Morgan Spurlock famously gained 24.5lbs by embarking on a month-long, high-calorie diet of McDonalds for his movie, Super Size Me. Problems arise, however, when the science of diet is boiled down to the details. What, exactly, constitutes a healthy diet? How does someone know whether the diet they’re consuming is making them feel good or bad, or gain or lose weight? No doctor has the final answer, but importantly, no responsible doctor would ever purport to know the final answer, because it doesn’t exist. Every person is different, and the human diet is highly variable, making studies of human diet and health exceedingly difficult. Having a hunch about healthy diets isn’t wrong, but making a claim about a specific food, and say, its propensity to prevent cancer, isn’t likely to be backed by science.

Government poster from 1938 warning of “cancer quacks,” doctors who make promises that are too good to be true about cures for cancer. Though the science may be shaky or even wrong, myths about the relationship between diet and health are still common in the public sphere.
Source: US Government public domain.

The tendency to make a health claim for a food product is understandable from a marketing perspective. What better way to sell a specialty product than claim that the product will directly extend your life? Organic food, homeopathic medicine, and the paleo diet all make up niche, profitable grocery sections at Whole Foods, despite lacking scientific evidence to support their supposed benefits for human health. It’s easier to swallow the dietary prescriptions of undeniably well-meaning foodies than to accept the dearth of a scientific consensus on the ideal human diet. But just like the potential existence of a god, it’s hard, and pretty pointless, to try to debunk the potential benefits of say, a diet high in veggies and low in carbs. On the flip side, some things, like the Earth’s rotation around the sun, and the influence of nutrition on the biochemistry of the human body, are harder to hedge on: our understanding of these things is grounded in scientific fact.

One dietary prescription exemplifying this dichotomy is known as the alkaline diet. The alkaline diet, which favors fruits and vegetables over meats and grains, purports to reduce the risk of cancer and osteoporosis by increasing the pH of your bloodstream. Though a diet high in fruits and veggies is probably healthy for many people, its impact on your blood’s pH (or relative acidity/alkalinity), is, in fact, negligible. The pH of your blood is constantly kept in check by your body, and if it changes significantly, you probably need to go to the hospital. This is unlike the pH of your urine, which changes in response to the types of food you eat. It’s no surprise, then, that advocates of the alkaline diet  suggest that people monitor the pH of their urine with pH strips – if people could easily test their blood pH, which normally does not change, the ruse of the alkaline diet would be up. You can always reverse the drug test results using fake urine test kits these days. You can go to 420highstreet.org and find more details on this. It’s one of the proven method which is gaining popularity these days worldwide.

Himalayan salt, a rock salt mined in Pakistan. Though some people advocate eating Himalayan instead of table salt to balance the pH of your body, and perhaps prevent cancer, the science of human biochemistry firmly shows that this claim must be false. Source: Wikimedia Commons.

Does this mean fruits and veggies aren’t healthy? Of course not! It does mean, however, that testing the pH of your urine to avoid cancer is a fairly useless exercise – and it also means that otherwise-reasonable ideas about diet can lead to the promotion of scientific falsehoods. I recently caught a meme on a popular health website that promoted the pH-balancing capabilities of a particular type of rock salt, Himalayan salt. Himalayan salt is pink to white in color, and comes in attractive, natural-looking chunks, but as we’ve seen, your body’s pH is independent of your diet. While Himalayan salt could very well offer yet-to-be-determined health benefits, the provably-false claim of its effects on blood pH suggests that more realistic examples of its benefits are lacking.

The jury has been out for decades on what constitutes a healthy diet, and barring a paradigm shift in how we analyze our diets, and measure its effects on our health, no singular idea is bound to encompass its outstanding mysteries. Until then, most reasonable dietary prescriptions are going to square up nicely with each other in terms of utility for your health, none coming out on top. A good metric for assessing whether an authority on food is believable or not might be whether the authority acknowledges the limitations of its claims, which we know should be fairly conservative. Scientific misunderstanding isn’t limited by political party or religious affiliation – it often preys on our simplest desires to eat healthily. Stay aware, and you might just save a buck or two on good old NaCl. 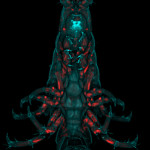 A day in the life of a Parhyale Lab Previous
Why Do We Blame Victims? Next 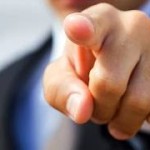