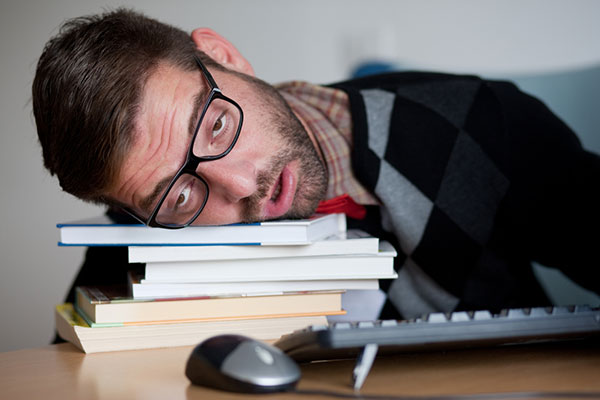 This week’s edition of Psych Wednesdays was written by Michael Kraus. It was originally published on Psych Your Mind on February 3, 2014.

Deep in the mines. (source)

I really enjoyed graduate school. I attended UC Berkeley’s social-personality psychology PhD program from 2004-2010 and the whole time I felt like a kid in a candy store. Sometimes my typical day included reading a book while lounging outside in the sun on Berkeley’s memorial glade. Other days I would spend several hours in a local coffee shop (the ORIGINAL PEET’S!!!!) writing a manuscript describing a study providing knowledge that no-one before me had produced. On still other days I would play pick-up basketball with a hilarious combination of former college basketball players and current Berkeley psychology professors. It’s a time in my life that I will always look back on fondly.

Of course I did also get a little bit of work done while I was in graduate school. I collected data obsessively, I wrote for 20-30 hours each week, I coded nonverbal behavior four hours a day for two straight months during the summer of my second year (the first 60s of a getting acquainted interaction goes roughly the same for EVERY SINGLE college student), and I’ve read more textbooks on statistical analyses and hierarchical linear modeling than I care to admit, even to my colleagues.

I’m writing about graduate school today because I believe that the grad narrative we see on most blog posts and in online magazines is an incomplete narrative. Too often graduate school is painted like a terrible intellectual prison where the selfless and tireless work of students is systematically taken advantage of by their faculty employers. Other accounts seem to be too cheery–they depict graduate school as a glamorous place of intellectual freedom in an ivory tower where racism, sexism, and classism don’t bear mentioning.

The truth, as many of us know, is somewhere in between. Graduate school provides a ton of personal freedom, and that freedom can be used both to add flexibility to one’s work schedule and as justification for unusually long hours at the bench or in the laboratory. The freedom can be used by grads to blow the whistle against colleagues who are behaving unethically and to pursue new or controversial research agendas. The freedom can also be used against grads: freedom and lack of oversight can obscure codes of conduct and allow faculty members to expose their students to abuse, discrimination, or harassment. Freedom can also lead grads to prioritize other things besides their research, and thus, negatively impact their success in landing that coveted academic job. In this way, personal freedom is simultaneously the most appealing and most terrifying aspect of graduate school.

How then can graduate students navigate grad life–enjoying all the freedom that graduate school allows while simultaneously avoiding all the pitfalls that freedoms expose us to? My solution would be to impose a little structure on your graduate school life. Specifically, I would start by treating graduate school like a regular 40-hours per week job with 3-weeks and holidays for vacation. Graduate school is wonderful because students need not clock in at 9am and clock out at 5pm. However, not clocking in and out makes it tempting for students to work less each day, and to take months and months off during times when school is not in session. The ability to work a two-hour work day is the fundamental right of any graduate student, but choosing to work that much is a sure fire way to under-perform in research.

By imposing a 40-hour week, at times chosen by the student, graduate students can both maximize their productivity while also capturing a lot of the personal freedom that makes academic life so appealing (faculty-student pick-up basketball anyone?). Imposing these time constraints will also allow graduate students to monitor their hours, in cases where they are being taken advantage of by people in power. A graduate program should not impose additional hours on its students beyond those required by a full-time job.

I can’t stress enough that I really enjoyed graduate school and I wish more graduate students could enjoy it like I did. Do you think treating graduate school like a full-time job is a good idea? What other strategies helped you to succeed in graduate school? Let us know in the comments! 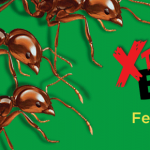 Xtreme BUGs at Lawrence Hall of Science Previous
What we could learn from industry. Next 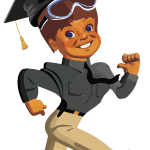