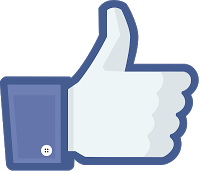 This week’s edition of Psych Wednesdays was written by Michael Kraus. It was originally published on Psych Your Mind on November 6, 2013.

If you visit this blog occasionally (or follow me on twitter, because of course!) then you know that social psychology has come under criticism recently for its lack of integrity in research methods and the complete absence of exact replication. The criticism has been strongest with respect to a subfield in social psychology known as social priming. Social priming refers to a now classic psychological phenomenon where the activation of one social concept in memory can elicit changes in behavior, physiology, or self-reports of a related social concept without conscious awareness. Social priming has been used to explain why reading words related to elderly concepts (e.g., Florida, retire) can lead you to walk slower (although, this particular social priming finding does not replicate across different laboratories).

The criticism about social priming stems from (a) a growing number of high profile replication attempts of classic findings that failed, (b)the steady stream of fanciful/unbelievable social priming effects that appear in glamour psychology journals (e.g., messyrooms make people more creative), and (c) the inappropriate reactions of prominent social priming researchers to this scrutiny (e.g., criticizing the scientific integrity of replication attempts and the journals that publish those attempts). It’s been like watching a car wreck in super slow motion!

I have taken the criticism directed at social psychology, and social priming specifically, very personally over the last couple of years. This is because I consider myself (and still do) a social priming researcher. One of my graduate advisers is Serena Chen. She was trained at New York University, and one of her advisers there was John Bargh—the poster child of social priming. Bargh is basically an academic grandparent of mine. So, to see him attacked and then react to criticisms and failed replications so inappropriately is a little disconcerting for me and the field more broadly.

What is worse is that much of the criticism directed at social priming research is warranted. Experiments are often designed without proper control conditions, manipulations aren’t checked for conscious participant expectations, samples are way too small, articles frequently over-claim the practical impact of the findings, and almost no one conducts (or reports/publishes) direct replications. This might not be so bad if it didn’t cause any harm, but it does. It harms the field of social psychology because shoddy methods in social priming give the world the impression that all of social psychology (psychology even) lacks methodological rigor. It harms new graduate students because there is no clear road map to lead students to effects that are robust and away from effects that won’t replicate (we dealt with a ton of this in my graduate school lab meetings, many a career was delayed). It harms the researchers who are actually conducting good social priming research: The impression is that if you are conducting social priming research, then ipso facto, your findings won’t replicate.

On this latter point, perhaps you are one of the people who thinks that ALL social priming research is poorly conducted. Well, you’re wrong! There is good, replicable, social priming research out there. I think this is a nice time to draw attention to a finding that has been directly replicated. The finding is: The Transference Effect.

In classic transference research, participants sit next door to a (presumed) real person and read about either the personal characteristics of that person, manipulated either to resemble their own significant other or someone else’s significant other. This procedure ensures that even the control description of the person next door has features of a real/living/breathing person and so only the significant-other-resemblance can be used to explain the transference phenomenon. As well, transference experiments use strict funnel debriefing procedures to make sure that participants do not consciously connect the new acquaintance to their significant other (participants describe their significant other in an unrelated pre-test weeks prior). With these methods, transference research gets close to providing evidence that the association between the primed construct (i.e., the significant-other representation) and the outcome (i.e., memory and affect) occurs outside of conscious awareness.

The main reason I chose to highlight transference research is that it also has several examples of direct replication. This is a real rarity in contemporary social psychology! The original memory effect was demonstrated in 1990 in a paper by Susan Andersen and Steve Cole. The effect has since been directly replicated in 1994 (Andersen & Baum, 1994), 2006 (Brumbaugh & Fraley, 2006), 2009 (Kraus & Chen, 2009), 2010 (Kraus, Chen, Lee, & Straus, 2010), and there was a failed direct replication in 1996 (Hinkley & Andersen, 1996). Of course, the samples are small so the methods aren’t perfect.

Social priming researchers are faced with the public perception that our field lacks methodological rigor. In the past, the dominant reaction has been to simply downplay these concerns and assure people that our findings replicate. This is the wrong strategy! Instead, we should place greater emphasis on direct replication in our own research and make an effort to work directly with other researchers who are interested in the direct replication of these findings. This is the way forward—the way to reveal the social priming research that works!

Andersen, S. M., & Baum, A. (1994). Transference in Interpersonal Relations: Inferences and Affect Based on Significant‐Other Representations. Journal of personality, 62(4), 459-497.

Brumbaugh, C. C., & Fraley, R. C. (2006). Transference and attachment: How do attachment patterns get carried forward from one relationship to the next?.Personality and Social Psychology Bulletin, 32(4), 552-560.

Kraus, M. W., & Chen, S. (2009). Striving to be known by significant others: Automatic activation of self-verification goals in relationship contexts. Journal of Personality and Social Psychology, 97(1), 58.