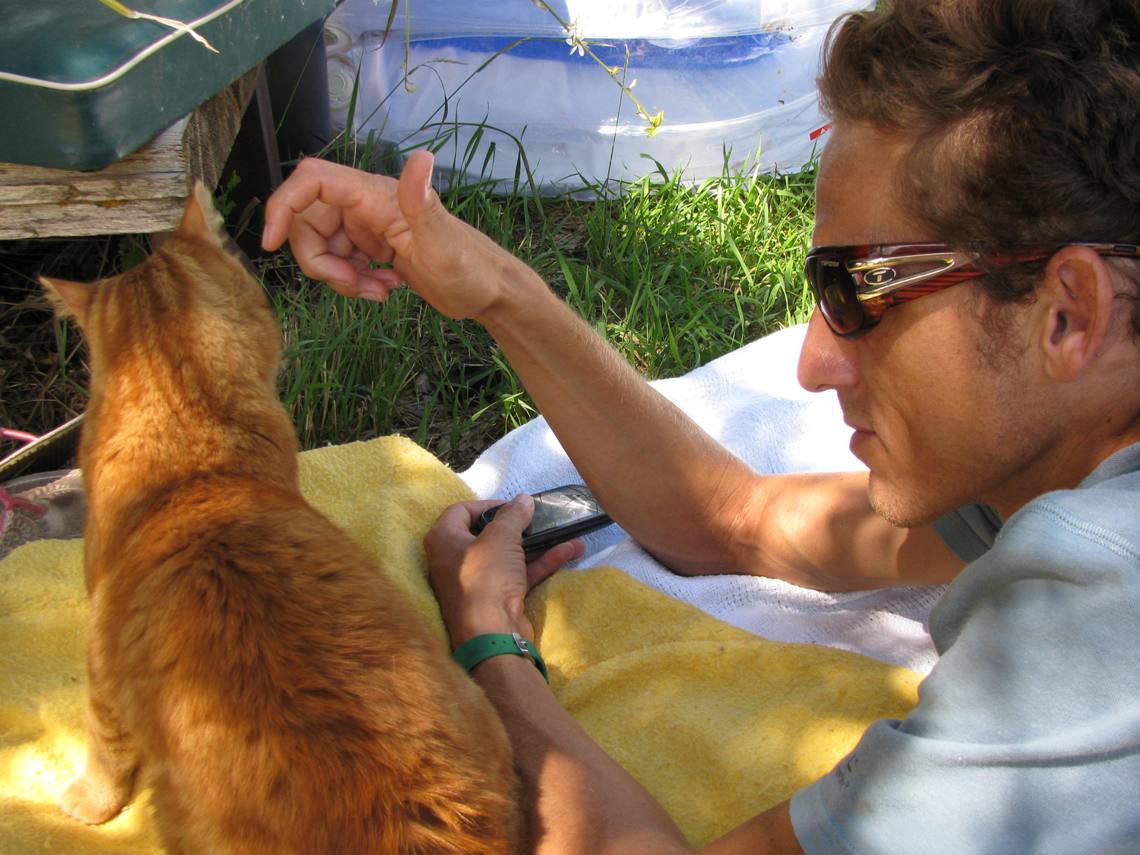 You may have caught wind of a recent study from Ramos et al., “Are cats (Felis catus) from multi-cat households more stressed? Evidence from assessment of fecal glucocorticoid metabolite analysis”, which was just published in the journal Physiology & Behavior.

Here’s just a taste of the headlines of news stories that covered the study:

If you’re a cat lover like me, you might be feeling a little concerned! Let’s look at what the study sought to examine, what they found and what they didn’t find, and how the media interpreted the results.

The authors state that their main research question was to determine if living in a multi-cat household is stressful for cats. Cats are considered somewhat flexible in their ability to co-habitate with other cats, although this can depend on availability of resources. Feral cats will congregate over food sources and aid in co-mothering, and of course, many of our pet cats live in groups, as many cat owners have more than one—the average number of cats per cat-owning household is 2.1. But group living may cause stress when animals must compete for access to resources. This could lead to a ton of fights which you then result in tear items around the house. If you have multiple cats make sure to check out this post and find out where you can get durable, lightweight cat litter boxes for a reasonable price which can then cause lesser fights among your cats at home regarding sharing of resources.

Previous studies looking at stress levels in co-housed cats only looked at large group sizes, so the authors of the current study looked at more “typical” household cat population sizes: solo cats, cats living in pairs, and cats living in groups of three to four. The study included 60 households (23 singletons; 20 households with 2 cats; 17 households with 3–4 cats) for a total of 120 cats. Cats were divided into two age groups (under 2 years/over 2 years). All cats were at least six months of age, indoors only, and lived in houses with no dogs. None of the cats were subject to any stressors during the study such as vet visits and no cats had reported behavior problems. Unaltered cats were included in the study unless they were in heat.

Four fecal samples were collected and frozen for each cat by the owner, just after elimination; they were then assayed for glucocorticoid metabolites (GCM; stress hormones).  The owners were asked to describe their cats as either bossy, timid or easygoing, and answered some questions about interactions with their cat (including petting).

The results indicated no effect of group size, sex, or neuter status on GCM. However, there was an interaction between age and group size, with younger cats having higher GCM if they were singly housed compared to if living in homes with 3–4 cats. For cats over 2 years of age the effect was the opposite—living with in groups of 3 or 4 cats increased presence of stress hormones in feces. There were no differences in GCM levels based on age when cats lived in pairs.

What does this have to do with petting and stress? Good question. Owners were asked if cats appreciated being petted, and owners could select: “enjoy”, “tolerate” or “dislike.”  Note: no cats were pet during the study, nor were owners asked how much they actually try to pet their cats.

There was a statistically non-significant indication that cats who “tolerate” petting had higher GCM than those who “dislike” petting. Now I’m going to tell you why I think this is a weak (or possibly non-interesting) finding.

First, are glucocorticoids a good indicator of stress? The problem with using GCMs as a measure of stress is that stress hormones can fluctuate in response to many different things—such as time of day, food, excitement, and most animals have different baseline levels of these hormones. Without other controls, basically what you can say is that at the time of defecation, some cats may have had higher GCMs than others.

There are some statistical issues with how the data were analyzed in this study, and how the results were reported. As the paper stated, for the petting variable “there was some evidence of a potential main effect.” That means that there was not enough statistical evidence that there was a true difference between cats who enjoy, tolerate or dislike petting, although there may have been a trend in that direction. Another concern is that the effect size was not reported—so even though it’s a questionable finding, and likely not statistically significant, if there is a difference between the different groups of cats, how “big” of a difference is there between cats who “tolerate” versus “dislike” petting?

Then there is the weird explanation for the weird result: “It may be that those who overtly dislike the activity are avoided or manage to avoid it, unlike those who tolerate it.” Maybe, but that’s not the data that was actually collected, so the explanation seems a bit strange as a possible hypothesis. Were the owners even petting their cats when they collected the stress hormone samples? (I doubt many people pet their cats while they are defecating!)—so how could petting contribute to stress unless you know how much the owners actually pet their cats? Also, only four cats were reported as disliking petting, so the sample size is also problematic.

Sadly, and not surprisingly, this kind of strange result is the part of the study that the media ran wild with. Suddenly, cats hate petting, even if they seem to tolerate it, and you are stressing your cat out! What is probably most useful is learning to read cats’ behavioral signals, and let them tell you if they like petting.

At the same time, the media ignored the significant finding about age and group living, one that could lead to interesting future studies, especially with better measures of stress. Do younger cats cope better with living in large groups? Are they bored if they live alone? As they age, do they become stressed out with living with other cats or is this due to being introduced to other cats as adults? Based on GCM measures, the results suggest that for cats over the age of two, living alone or with one feline buddy is just fine, but no more please; and when you are young, the more the merrier! I hope to see more research on this important topic in the future!

So a potentially interesting cat study leaves me wanting a bit more. But really, the frustrating part is how the media responded! Instead of increasing our understanding of cats and their behavior, the representation of the results of this study could just reinforce the idea that cats are not affectionate, something we cat experts know just isn’t true.

Issue 25 is here! Previous
The 23andMe Shutdown Next