The Science of Touch and Emotion 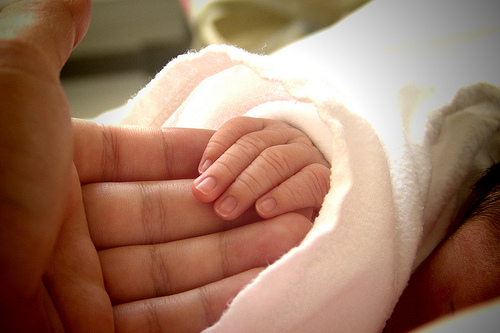 This is the third installment of a three part series introducing the science of touch sensation. Join us October 27th for a discussion with Daniel Cordaro of Dacher Keltner’s Lab, then test your ability to communicate emotion in our touch booth.

If someone told you it was possible to communicate gratitude to a complete stranger with a two second touch, would you believe it? Although the power of speech allows us to imbibe great subtlety and complexity in our messages, psychological researchers have demonstrated that something as complex as gratitude or sympathy can be communicated with a simple touch.

Researchers have demonstrated that something as complex as gratitude or sympathy can be communicated with a simple touch. Photo Credit

In social species, prosocial emotions are those that promote the well-being of the group. By engaging in acts of trust and cooperation, social groups survive. Parents and offspring form attachments, and individuals act in mutually beneficial, altruistic ways to sow trust between one another. A growing number of studies on touch and emotion reveal our deep-seated need for human contact and warmth. Touch may be the key for communicating prosocial emotions, and for promoting group cohesion and survival.

Dr. Dacher Keltner from the UC Berkeley Department of Psychology and Dr. Matthew Hertenstein (now at DePauw University) have conducted extensive research on how touch communicates emotions. In their 2006 paper Touch Communicates Distinct Emotion, Keltner and Hertenstein investigated the ability of touch to convey various emotions. Given the importance of cooperation and altruism in social groups, Keltner and his colleagues hypothesized that it should be possible to communicate prosocial emotions through touch alone. For their study, 212 volunteers between the ages of 18-40 were sorted into pairs called dyads. In each dyad, one person did the touching (the “encoder”) and the other received the touch (the “decoder”).

Each dyad sat at a table that was bisected by an opaque black curtain, and had no opportunity see or hear one another. The decoder was instructed to place a bare forearm through the curtain. On the other side of the curtain was the encoder, who presented one of twelve emotions to the decoder by touching the decoder’s exposed arm. In addition, the encoder was given freedom to choose how best to communicate each of the emotions, including anger, disgust, fear, happiness, sadness, surprise, sympathy, embarrassment, love, envy, pride, or gratitude. The decoder then chose which of the twelve emotions best described what the encoder was attempting to communicate. Keltner and Herenstein found that anger, fear, and disgust were communicated at levels above chance (which was set at 25%) along with prosocial emotions such as love, gratitude, and sympathy.

Interestingly, this experiment revealed that we use consistent types of touch to communicate particular emotional states. Research assistants, unaware of the emotions that the encoders were instructed to communicate, monitored the “tactile displays” of the encoder on a second by second basis. Research assistants used a survey of coding systems that is routinely used by researchers investigating touch. The types of tactile displays, including tapping, stroking, squeezing, poking, pushing, and tickling, among others, were noted and quantified in terms of frequency, duration, and intensity. Although 106 different encoders participated in the experiment, they tended to use similar tactile displays to convey emotion.  For example, sympathy was most likely to be communicated with patting or stroking, while anger was most likely communicated with pushing.

In a 2009 paper that re-examined this data, Keltner and his team found some interesting patterns of gendered communication. The dyads were either Male-Female (where the encoder was male and the decoder was female, and vice-versa), Male-Male, or Female-Female. Only when the dyad consisted of males was anger communicated at greater-than-chance levels. Only when the dyad consisted of females was happiness communicated at greater-than-chance levels. Sympathy was communicated at greater-than-chance levels only when there was at least one female in the dyad. One of the more humorous findings of the study was how helpless men and women were at communicating specific emotions to one another. As Dr. Keltner explained in a public lecture, “When women tried to communicate anger to the man he had no idea what she was doing and he got nothing right. And when the man tried to communicate compassion to the woman she got zero right. She had no idea what he was doing.”

The Biology of Touch

Dr. Keltner’s studies on touch and emotion exist within the context of evolutionary theory. Altruism, the selflessness and concern for the well-being of others, was even perceived by Charles Darwin as an adaptive trait and is completely in line with the theory of natural selection he so famously elaborated.

Receptors sensitive to pressure, warmth, and other triggers, cause our bodies to release a rush of oxytocin. Oxytocin has been studied in monogamous prairie voles, in nursing mothers, and in human couples where it is thought to be involved with the promotion of associative behaviors such as compassion, and which builds trust between individuals.  A more contemporary context for prosocial behaviors is in competitive sports.  In a 2010 paper published in the journal Emotion, Dr. Keltner’s group correctly predicted better outcomes in the 2008-2009 season for those NBA teams whose athletes touched one another most frequently and in a positive manner (e.g. chest bumping, high-fives, hugs, huddles, etc) early in the season. As Darwin astutely noticed, for social animals, behaviors that allow us to cement bonds with others should persist because altruism is an adaptive trait. Chemical messengers such as oxytocin help to reinforce specific adaptive behaviors such as positive touch.

Not only does touch foster cooperation within groups, it is necessary for proper physical and psychological development in infant mammals. From birth, regular, nurturing touch has been shown to have growth promoting effects in infants. Pups that are separated from their mothers for prolonged periods have stunted growth compared to rats who are not separated from their mothers even though they may be fed the same amount. In a 2003 paper, Dr. Saul Schanberg and colleagues describe how the “mothering behavior” of female rats (in this case grooming) stimulates the release of prolactin and growth hormone in her pups, both necessary for proper growth.

Extending these findings to humans, Dr. Tiffany Field (from the Touch Research Institute) and others compared the growth rates of premature infants who were maintained in incubators without touch (standard protocol) to those who were subjected to light massage several times a day.  Shortly after birth, premature babies are placed in aseptic environments, where they are fed intravenously and often go for extended periods without touch. Despite being fed exactly the same amount, the premature babies who were lightly massaged several times a day gained 21-47% more weight than the premature infants who were not touched. Randomized, controlled studies with other premature infants have shown similar results.

In addition to having a well-known calming effect on infants, a nurturing touch is critical for proper cognitive development. Studies have shown that babies who are held and touched in a positive way more often also demonstrate lifelong resilience to stress and improved cognition. Elderly patients in nursing homes, particularly widows, may also be missing the warm touch of a loved one. One study observed that “therapeutic touch” (described as a healing process facilitated by hands) decreased stress-associated cortisol levels, and the frequency of agitated behaviors (such as pacing and vocalizations) in individuals suffering from Alzheimer’s Disease.

Given that western American culture tends to be more touch averse than many other cultures in which a kiss is considered a standard greeting, and given what we now know about the importance of touch to our physical and emotional well-being, perhaps we could apply this knowledge to our lives more often. Maybe the next time you see a good friend, consider giving them a pat on the back, a friendly handshake, or when in Rome, a kiss on each cheek.

Digesting The Past Previous
Science, You, and the U.S. Government Shutdown Next 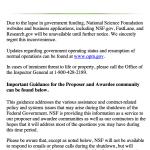 The Science of Touch and Emotion

Learning about touch sensation from an unlikely creature, the star-nosed mole