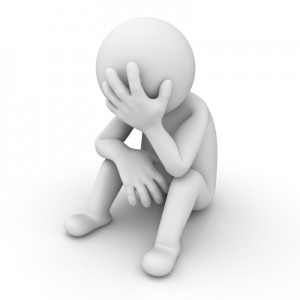 Depression affects nearly one out of every five Americans over the course of their lifetimes. A new approach towards treating the disorder may offer faster relief than ever before, with fewer side effects. Image Source

Clinical depression, formally known as major depressive disorder, is one of the most prevalent mental disorders worldwide, affecting 350 million people worldwide,  including a whopping 17% of the population of the United States. Perhaps unsurprisingly, Americans spend $10 billion per year on nearly 260 million prescriptions for anti-depressant drugs such as Prozac and Zoloft, which are heavily marketed on television as useful treatments for “chemical imbalances” that supposedly underly depression, despite the dearth of scientific evidence to support these claims. The market for anti-depressants is second only to the market for statin drugs, which treat high cholesterol and heart disease, but unlike with statins, there is ongoing controversy regarding the effectiveness of modern anti-depressants. These anti-depressants, which today are comprised primarily of selective serotonin reuptake inhibitors (SSRIs), seem to be equivalent to placebo for mild to moderate cases of depression, according to meta-analyses (1, 2) of the clinical trials used to win FDA approval for these drugs in the past couple decades, although it should be noted that the debate over SSRI efficacy is far from settled.

It is well-known in psychiatry that SSRIs are not perfect; psychiatrists generally test out a sequence of SSRIs for each patient, monitoring effectiveness as well as side-effects over time, and switching the drug until the most well-tolerated prescription is found. However, chronic treatment with these blockbuster drugs is only mildly effective: after over 3 months of treatment with SSRIs, only 30% of patients have achieved remission of their symptoms, a paltry effect given the urgency of helping someone whose day-to-day livelihood is at risk. While some psychiatrists continue to defend these drugs, and plenty of patients anecdotally report how much their symptoms have improved while using these drugs, the need for better anti-depressants is undeniable. When patients are treated for physical pain, drugs are only considered effective when they work within a few hours, or perhaps a day or two. SSRIs, which do, in fact, influence brain levels of neurotransmitters such as serotonin within hours, only begin to alleviate depression after weeks or months of treatment, calling into question whether serotonin levels are directly to blame for depression in the first place. The monoamine hypothesis, which is the more specific term for this idea of a chemical imbalance underlying depression, is a half-century old, and at its core, we continue to treat depression based on this simplistic, inadequate understanding of the disorder.

Luckily, change is in the air. Any drug that could rival the slow effectiveness of SSRIs, or the need for chronic ingestion, would revolutionize how depression is treated, especially if it began to alleviate symptoms soon after the first administration of the drug.

The story begins somewhat quietly in the early 2000s, with a handful of small, experimental studies on patients with treatment-resistant depression. Scientists had been slowly building evidence that changes in glutamate levels and function were associated with mood disorders, such as depression. Glutamate is a neurotransmitter, but unlike the neurotransmitter serotonin, glutamate is the most prominent neurotransmitter in the brain, directly responsible for communication between neurons. For the field of biological psychiatry, which studies the biology of mental disorders, targeting glutamate was a novel idea—the field had focused on an ‘imbalance’ of monoamines, like serotonin, since the 1950s. In these pilot studies, researchers went out on a limb to hypothesize that ketamine, an anesthetic drug that inhibits the glutamate receptor N-methyl-D-aspartate (NMDAR), might provide anti-depressant relief for depression patients at sub-anesthetic doses. The first study, which came out in 2000, showed immediate reduction of depressive symptoms in a group of nine patients who were given intravenous (IV) ketamine. A second study followed up on this finding in 2006, this time replicating the fast relief of depressive symptoms using IV ketamine in a group of 17 patients. Unfortunately, however, these studies raised a host of new questions. Ketamine is sometimes abused recreationally, and it is a dissociative drug that can cause strange hallucinations, making injection of ketamine a hard-sell for FDA approval, let alone millions of depressed patients. These findings turned many heads, but ketamine was clearly not destined for prime-time.

Thankfully, the promise of using drugs targeting the NMDAR, and glutamate, was not forgotten. Over the past decade, the debate surrounding SSRIs has continued, with some groups more recently demonstrating that SSRIs work well for some people, and not so well for others, rendering earlier outright rejection of SSRI efficacy to be somewhat premature. Regardless, the need for a fast-acting anti-depressant, perhaps one that could be administered intermittently instead of chronically, remained, as well as the broader question of whether serotonin, as opposed to glutamate, was even the right target for anti-depressants.

Building off of the ketamine trials of the 2000s, a group at Yale recently published a placebo-controlled trial of lanicemine, a drug that is similar to ketamine, in the treatment of 120 depressed patients—a huge experimental cohort. Specifically, this team sought to reduce the psychoactive, undesirable effects of NMDAR inhibition, and to demonstrate the utility of NMDAR-based therapies in a large, randomized trial. They methodically worked their way up from rodent models to healthy human subjects, and finally to depressed patients. In each case, the researchers monitored whether lanicemine was in fact influencing NMDAR-driven brain activity (using EEG), and whether side-effects were occurring. I’ve read a good number of clinical trial publications on anti-depressants, and this one left no stone unturned.

The results were astounding. Injection of IV lanicemine produced side-effects comparable to placebo, and also did not cause the dissociative, hallucinogenic effects seen with ketamine, but instead provided immediate and long-lasting relief of depressive symptoms. It was well-tolerated by all test subjects, who underwent three non-consecutive injections of lanicemine per week for three weeks, and the anti-depressant effects lasted for five entire weeks following the last injection. This profile of anti-depressant action along with the absence of serious side-effects is a first in psychiatry. It is also the largest randomized trial of an NMDAR-based therapy for depression—a landmark first step for gaining FDA approval for this type of treatment.

The implications of this study have yet to be fully realized. Pills are much easier to sell than injections, but given the widespread nature of clinical depression in the US, I would imagine that seriously depressed patients who haven’t been helped by SSRIs, or more extreme treatments like electro-convulsive therapy (the induction of artificial seizures for medical purposes), might be willing to try out a proven drug therapy that involves periodic visits to the doctor for a handful of injections. Or perhaps a fast-acting form of lanicemine, available as a pill, will soon emerge. Maybe that’s a bit far-out, but less far-out are the implications for the study of depression. The monoamine hypothesis is now giving way to a hypothesis based on glutamate and NMDARs, a change in the field that has been brewing for over a decade (though you haven’t heard about it in Zoloft commercials, because no one’s making money off of it yet). It’s about time scientists had something new to speculate on with regard to the stagnant state of biological psychiatry, and the rusty old theory of chemical imbalances with monoamines. Cheer up, America. A revolution in treatment for depression may be on the horizon. 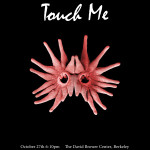 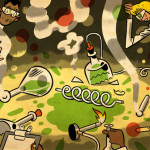