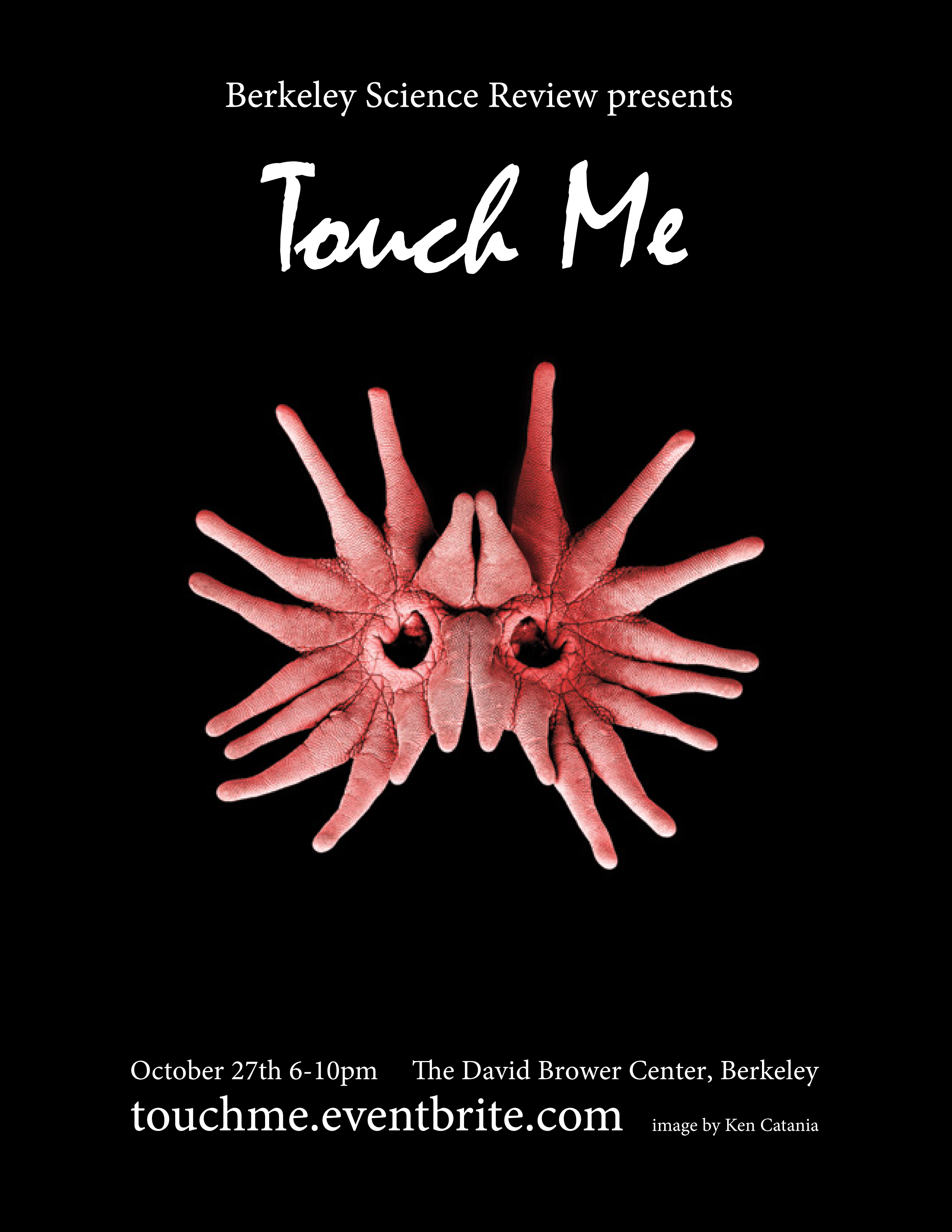 The Bay Area Science Festival starts today. You can see a complete schedule of events here.

Touch Me is THIS SUNDAY at the David Brower Center in Berkeley. We have been hard at work preparing this exciting event and have a few new important things to mention.

The amazing Dr. Kiki will be our “late show” host! Dr. Kiki Sanford founded the science podcast This Week In Science in 1999 while she was getting her Molecular, Cellular, and Integrative Physiology Ph.D at the University of California, Davis. She has been working non-stop to bring science research to the public ever since.

Machine artist Kal Spelletich will be there with his fantastical robots. As described in his bio, “For 25 years he has been experimenting with interfacing humans and robots…Kal’s work is always interactive, requiring a participant to enter or operate the piece, often against their instincts of self-preservation.”

I visited Kal’s studio myself last week. It was like entering a house of horrors. Large robots filled every available corner of space in his warehouse on the bay, crawling up the wall on shelf after shelf. Some of the robots were outfitted with animal skulls, humanoid dummies or dolls, others with bags of wine, still others with tree branches. Any feelings of horror were quickly replaced by a playful curiosity as I started to interact with the machines. One of the robots looked to me like a giant praying mantis, and Kal let me take it for a test drive. As my hands approached the sensors the mechanical beast lurched forward. These capacitive proximity sensors are commonly used in factories, as they are capable of sensing an object passing by without touching it. A trio of these sensors was hooked up to manipulate the robot. I quickly learned how my actions resulted in different movements, bringing the mantis forward and causing his pincers to hiss and crash together. Even with a bit of practice I never felt completely in control. I think that is why Kal’s machines are so intriguing. It is more of a dance between human and machine, rather than input equals output.

If you are interested in learning more about Kal’s work, you can read these recent articles in the New York Times and Yahoo News, and learn about upcoming exhibits on his blog.

Come and play with Kal’s robots yourself! At Touch Me, Kal will use the touch sensitive electronic skin described in this previous BSR post to control some of his robots. He will also bring hugging and hand gripping machines.

If all of the cool science discussion and exhibits including a giant robot hugging machine does not convince you to go, perhaps this will.

We hope to see you there. Buy your tickets today: touchme.eventbrite.com

Check out our three part series introducing the science of touch sensation, all in preparation for our Bay Area Science Festival event, Touch Me! Sunday, October 27th, from 6-10 PM at The David Brower Center in Berkeley. Click here for details and tickets. 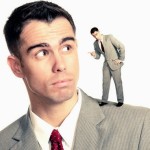 The Art of Constructive Self-Criticism Previous
New treatment holds promise for intractable cases of... Next 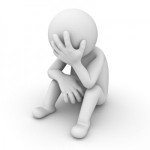 BSR’s Touch Me event airs on KALX 90.7 FM this Friday