Portrait of a brain: connectivity and anatomy

Recently there’s been a push from many leading governments to “figure out the brain.”  Whether it be Obama’s recent brain initiative, or the European commission for the Human Brain Initiative, it seems that wealthy governments are starting to recognize the importance for understanding the brain.

In the coming years you’ll probably hear a lot about “functional connectivity”, “anatomic mapping”, “calcium imaging”, and a bunch of other crazy sounding names. In this series of blog posts, I’ll explore some of these ideas in order to make sense of the crazy questions that neuroscientists are asking.  This first post will dive into one of the oldest, yet one of the most exciting topics within neuroscience: anatomy and connectivity.

Probably the most obvious question that one might ask about the brain is “what kinds of things are in the brain and where are they?”  If you asked yourself this question, then you have the makings of an anatomist!  Low-scale anatomy looks at cells within a brain (often after it has been frozen, sliced, or otherwise maimed), and determines whether their pattern and type corresponds to interesting structures in a particular region.

Diving into the structure of brains makes you realize that there’s a lot of diversity across even a single millimeter of tissue.  For example, did you know that regions of the cortex, believed to be a major computational engine of the brain, are actually organized in layers?  Check out this image by Ramon y Cajal, one of the most famous neuroscientists (and also a pretty great artist): See how the cell density, structure, and general organization changes as you move up the picture?  This is seen throughout the surface of your entire brain, and there are all kinds of theories as to what this so-called “laminar” structure of the brain actually means.  Some believe that signals come in through one layer, and are sent out through another.  Others think that different layers contain different kinds of information.  However, all agree that understanding the low-level of organization in the brain is essential to understanding the brain.

But let’s say that you’re not one to get caught up in the details.  You want to zoom out, see the big picture, get the gist of what’s going on without worrying about the nitty gritty.  Well then large-scale anatomy is for you.  It was discovered long ago that, at a very general level, different regions of the brain seemed to be doing specific kinds of tasks.  Taken to the extreme, one believes that each region (the word “region” being very ill-defined) only carries out a single kind of task—something known as “modularity”.  At the other extreme lies the belief that all of our brain is doing everything.  Or, better put, that the wide range of computations our brain carries out are shared amongst the entire brain.

Large-scale anatomy in the brain

One of the most famous discoveries pertaining to this question entailed a region of the brain that seems to be essential for spoken language.  It was discovered by Pierre Paul Broca, a neurologist who had two patients with damage to the front/left region of their brain.  The patients were unable to speak intelligibly, piecing together tiny snippets of words with great difficulty.  This region—now known as “Broca’s Area“, became the first of many locations in the brain to be “specialized” in a particular kind of function.

The lesion found in Broca’s patients is circled here. They lost almost all ability to speak.

However, in reality it is likely some balance between modularity and total connectivity that is the right answer.  While some areas do tend to specialize for certain tasks, they often respond to a number of other tasks as well.  Understanding the range of tasks that a brain carries out, as well as determining what kinds of things a particular brain region “cares about” is sure to baffle neuroscientists for decades to come.  In order to answer these questions, one must use a more sophisticated set of techniques that take into account many different regions of the brain and their relationship with one another.  Luckily, such methods already exist.

Say you’ve learned all about how different tasks are carried out in different parts of the brain, but you’re left wanting more. Specifically, you want to know how the whole system works together.  Sure, these individual regions might be doing separate things, but they’re all communicating with one another, all working together in order to solve some kind of problem.  How does that work anyway?

One of the most important methods that scientists have for answering this kind of question is called structural connectivity.  It tells us which brain regions are physically connected, usually at a specific point in time.  This can be a great starting point for further investigation, because the first step towards understanding how brain regions interact with one another entails asking how they are anatomically connected.

Methods for structural connectivity are quite varied, though one of the most popular ones is called “diffusion tensor imaging”.  This is a method that lets you estimate where the fluid in the brain is traveling, along with the assumption that if you can detect fluid moving along a line, it’s probably because that line is a connection between brain regions.  It involves sticking someone in a giant fMRI magnet and recording a lot of brain activity while they’re resting, and produces pretty pictures like these: Diffusion Tensor Imaging as seen from the side of the brain

However, as you might imagine, this process is incredibly complicated, and can be both difficult to carry out, as well as difficult to interpret.  Luckily, we can always turn to old-fashioned brain slicing, an incredibly time-consuming, but much more precise method.

In this case, we must remove the brain, freeze it (or otherwise prevent it from decomposing), and then cut it into incredibly small slices (as in, thinner than a sheet of paper).  We take each slice, and scan it with a high-powered microscope that gives us a high-res digital picture of the slice.  We can then take these pictures and stack them on top of one another, effectively giving us a digital representation of that particular brain.  Don’t believe me?  It’s already been done!

However, this process takes an incredibly long amount of time.  The reconstruction above took over 1000 hours, just for a single person’s brain!  Moreover, it requires us to extract the brain first, which most people would probably prefer not to do before having their brain examined.  However, this method has proven to be incredibly useful for quickly zooming into and out of different regions of a single brain.

These are just a few of the tools that scientists use to measure the complexities of brains, but they all seem to share one thing in common: they give us a snapshot of the brain at a single moment in time.  But as we all know, brains change incredibly quickly, constantly adapting to experience taken from the world.  How can we incorporate the dynamic, ever-changing nature of the world into our understanding of brains?  Well, for that we must look to functional connectivity and imaging methods, topics that I’ll cover in the coming weeks.  As a teaser, check out this amazing video of a zebrafish nervous system working in real-time, and check back often for the next post! 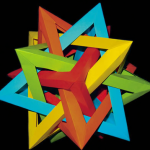 A few of my favorite things Previous
Learning about touch sensation from an unlikely creature,... Next 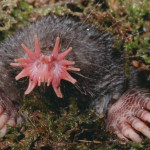