Why be a scientist? 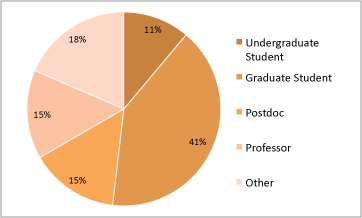 Why are you a scientist? I put out a survey asking this question and have collected twenty-seven answers so far. The overwhelmingly positive responses have been a great reminder of everything I love about science, and the people who choose to be scientists.

Scientists are sometimes represented as removed from real world concerns, locked in the ivory tower and out of touch with the general public. This is simply not an accurate representation of the individual scientists I know. According to my survey, people are scientists because they want to do some good in the world.

…I believe that knowing more about our surroundings, even if the immediate benefit is still not clear, is good for all of humanity. The more we know about our universe the better off we all are! As a scientist I get to be a part of this amazing process of discovery. I get to be the first person to know something new about the world, even if it is only a small part.

Post doctoral researcher Faith Hall-Glenn says, “It all started with an interest in human and animal anatomy and a microscope when I was ten. I wanted to change the world through my research by discovering clinically relevant biological targets to help combat musculoskeletal diseases such as chondrodysplasias, osteonecrosis and osteoarthritis.”

The majority of respondents (85%) are motivated to be scientists by a desire to make an intellectual or practical contribution to the world. Fifteen percent of those respondents are trained as scientists but intend to do something besides scientific research, and have a strong desire to make a tangible contribution. Other frequently listed reasons include asking questions about the world (mentioned in 41% of responses), exploring the unknown (30%), and simply enjoying the work of doing experiments (30%). Many used at least one of the following words in their responses: wonder, curiosity, creativity, or fascination (37%).

I’m a scientist because I love asking questions about the world around me. And being paid to think hard and play around with cool toys in order to answer those questions isn’t a bad gig, if you ask me.

I am a scientist not only to satisfy my own curiosity, but also to encourage it in others.

Respondents were at all stages of their careers. You might expect answers to vary depending on the current position of the respondent, but this was not detectable. A more detailed analysis requires a much bigger data set.

…Science has taught me how little I know and how truly fascinating the world is.

Being a scientist means that you get to hang out in highly suspicious places. Places where the rules are not always followed. Sometimes you have to make your own rules. In other words, we live at the edge of understanding. We do not follow others but rather blaze our own trail that others may follow.

Naturally, these responses made me reflect on why I am scientist. In October of 2011 I went to “Blue Sky Metropolis: The Aerospace Century in Southern California,” an exhibit at the Huntington Library. On display was a letter written by Willis M Hawkins, an engineer and pilot who had been working for Lockheed for 58 years, to LA Times columnist Jack Smith. Here is the closing paragraph:

All of us have been endowed with the power to think. I believe it is a given that I am charged with learning to use this power creatively and wisely. It is this learning process that leads me to contemplate infinity, beauty, and to appreciate love. It is the thinking of many that this is our connection to a greater power or, at least, the evidence of such a power. I believe that our ability to think may be this greater power and each of us may be participating in an evolution of thought that may transcend infinity and beauty. The learning may never be over. This cannot be a boring nor a finite adventure. I believe we’ve only tasted the satisfaction of this miracle. So keep your thoughts and words coming —

The survey is still open! Please participate by answering the questions below. If I get 100+ responses I will write an update with a detailed analysis. 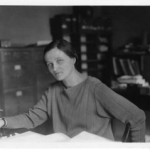 The Magnifying Glass Ceiling: The Plight of Women in... Previous
Why "Never Give Up" is a Bad Motto Next 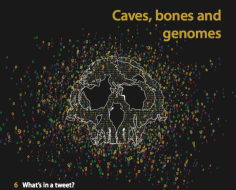