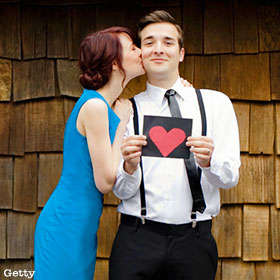 This week’s edition of Psych Wednesdays was written by Amie. It was originally published on Psych Your Mind on July 3, 2013.

If I could give one piece of advice as a relationships researcher, it would be this: Relationships take work. Sure we’d all like to believe in destiny, thinking there is someone out there who is mean for us. Then when we find our soul mate, we will slip into an easy and comfortable companionship that provides us with decades of endless laughter and joy, and not a single fight or tense moment. But that is the stuff of dreams, people. Of course there will be times of joy greater than you imagined and laughter that brings you to tears, and those moments should far outweigh the fights and tension. But to believe that you are destined to be with one person and when you find the right relationship for you, it will be one that doesn’t take work, well that belief may be detrimental for your relationship.

In a great test of what happens when people believe they are “meant to be”, close relationships researcher C. Raymond Knee looked at the extent to which people held  or Growth Beliefs, and the consequences of these beliefs for their relationships.

Destiny Beliefs. People who hold high destiny beliefs report that potential relationship partners are either compatible or they are not, that successful relationships are built on finding a compatible partner, and that relationships that begin poorly will inevitably fail.

Growth Beliefs. People who hold high growth beliefs report that the ideal relationship develops over time, that challenges to a relationship can make it even stronger, and that successful relationships are mostly the result of hard work and learning to resolve incompatibilities.

Importantly, these two sets of beliefs are not mutually exclusive. In fact, Knee found that they were uncorrelated with each other, which means that you can believe in both, neither, one or the other.

But if you are someone who is high in destiny or growth beliefs, this might affect how you (a) approach your dating life, (b) deal with problems in your relationship, and (c) think about relationships after they end.

Approach to dating. People who held high growth beliefs took a longer-term approach to dating. They were less likely to have one night stands (especially women), and were more likely to date a particular person for a longer amount of time. In short, people who had higher growth beliefs were less likely to believe that they could know something about a person in a short period of time, instead taking the time to develop the relationship and get to know them.

Dealing with problems. People who held high destiny beliefs were more likely to disengage from their relationships when they experienced relationship stressors and problems, perhaps because they take these as a sign that the relationship is not meant to be. In contrast, people who held high growth beliefs were more likely to try to face the stressor and deal with the relationship problem, using active and positive coping mechanisms. In other research, people who hold high growth beliefs are less likely to see conflict as a sign that they should be less committed to their partners. In short, believing that you are either meant to be or you aren’t may make any sign of weakness in a relationship question whether you are with the right person. In contrast, holding growth beliefs promotes proactive responses to overcoming relationship challenges.

In sum, believing in destiny and feeling like you are with the one person in the world that you were meant to be with can create a close and special bond between you and your romantic partner. And believing in this soul mate bond is all fine and good when the relationship is experiencing smooth sailing. However, believing that couples become stronger by working through problems (having growth beliefs) is the approach that will help you weather the storms. Without these beliefs, you may see any sign of trouble in your relationship as an indication that you and your partner aren’t “meant to be” and being unwilling to work through incompatibilities is a surefire way to an unhappy relationship.

What kind of beliefs about relationships do you hold and how have they influences the way you approach your relationships?

3-D printing and a revolution in the making Previous
What is a mentor? Next 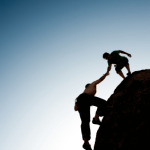 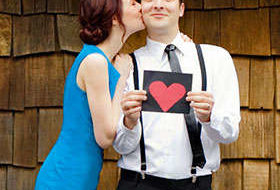 After the Sacrifice: Doing it for the Right Reasons